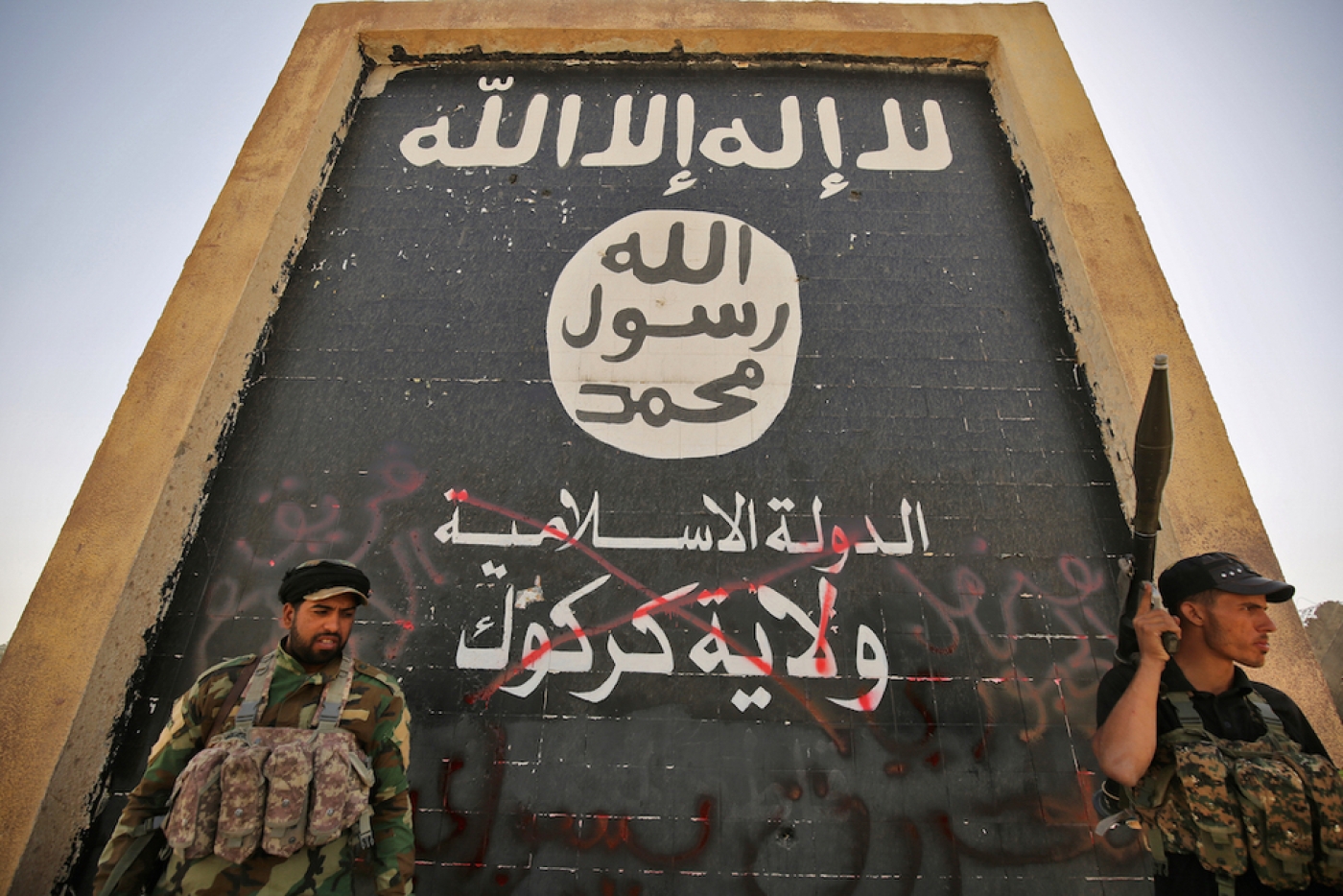 Fighters backing Iraqi forces stand in front of a mural depicting the emblem of the Islamic State (IS) group as troops advance through Hawija on 5 October 2017, after retaking the city from IS fighters (AFP)
By
MEE and agencies

The Islamic State (IS) group has called on its female supporters to take up arms against their enemies, in an article in their Arabic-language online newspaper.

In the latest issue of al-Naba, IS said it was "necessary" and an "obligation" for women to fight in jihad.

The call comes as the group is increasingly on the retreat in Iraq and Syria with up to 70,000 IS fighters killed, according to senior US military officials.

In stark contrast to earlier pronouncements about the strictly defined roles of women under IS rule - the article encouraged them to perform what were previously deemed exclusively male activities.

"Women are the sisters of men. So many women are not bound by their weakness, their preoccupation with bringing up their children and obeying their husbands, but actually take up what many men do," read the article.

"We are today seeing a war against the Islamic State... and Muslim women must fulfil their duty in supporting the mujahideen in the fight, in every way possible."

"They should regard themselves as 'jihadis' for the sake of God and prepare to defend their religion with themselves, as a sacrifice for God's religion."

The new call comes as IS faces defeat in its last strongholds in Iraq and Syria, with Iraqi forces taking the centre of Hawija and Syrian forces entering the town of Mayadeen.

Analysts have warned, however, that the IS propaganda machine will continue to exist in hidden corners of the dark web, inciting sympathisers to action.

"Defeating ISIL on the physical battlefield is not enough," General Joseph Votel, the top commander for US military forces in the Middle East, warned in a paper earlier this year.

"Following even a decisive defeat in Iraq and Syria, ISIL will likely retreat to a virtual safe haven - a virtual caliphate - from which it will continue to coordinate and inspire external attacks as well as build a support base until the group has the capability to reclaim physical territory," said Votel.

He described this online network as "a distorted version of the historic Islamic caliphate: it is a stratified community of Muslims who are led by a caliph (currently Abu Bakr al-Baghdadi), aspire to participate in a state governed by sharia, and are located in the global territory of cyberspace".

The Islamic State group's loss of almost all its territory in Iraq and in Syria has damaged its online communication efforts, following a boom in propaganda operations in 2014-2015.

But it has not put an end to it completely.

The IS "news agency" and propaganda machine Amaq continues to claim responsibility for attacks and incite further violence.

Most recently, it claimed that Stephen Paddock, the gunman who massacred 58 people in Las Vegas on Sunday, was an IS "soldier" - an assertion met with widespread scepticism, including from the FBI.

One theory is that IS is seeking to keep up publicity efforts to maintain relevance with its sympathisers and continue to recruit support, even as it faces military defeat on the ground in Iraq and Syria.

Researcher Charlie Winter, who wrote a report on IS's web presence for British think-tank Quilliam, says the group will work to persuade followers that the idea of a caliphate is more important that its physical presence.

"Censoring the internet is not going to work," he told AFP.

"Policymakers are focusing their attention on the wrong part of the internet, and that's problematic given that it's going to be a phenomenon to be dealt with in the next few years.

"Terrorists are now hiding in the deep web using encryption.

"There will always be a safe place for them on the internet regardless of what politicians like to say."

Under pressure from public authorities, internet providers and major online players are beginning to put in place measures and procedures to disrupt IS's exploitation of the web.

"But despite the increased vigilance of authorities and social networks the Islamic State has demonstrated significant resilience due to its flexibility and ability to adapt when facing the suppression of online jihadist content," according to French researchers Laurence Binder and Raphael Gluck.

"It manages to still disseminate sufficiently to reach a pool of sympathisers and recruits." 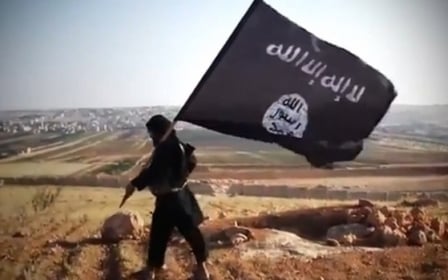