Israel has accused Lebanon’s Olympic delegation of “blunt behaviour” after Israeli athletes were barred from sharing transport with their Lebanese competitors.

Sportspeople from Lebanon and Israel – which are officially at war and have no diplomatic relations – had been scheduled to travel together in a single bus to the Olympics opening ceremony in Brazilian capital Rio de Janeiro on Friday.

Gili Lusting, the head of Israel’s Olympic delegation, told the Associated Press that Olympic officials had responded to the incident by arranging separate transport for the athletes.

“The organising committee saw the blunt behaviour of the head of the Lebanese delegation and immediately arranged a different bus for us,” Lusting said.

“The behaviour of the head of the Lebanese delegation contradicts the Olympic charter.”

“It is anti-Semitism pure and simple, and the worst kind of racism,” Miri Regev told Israel Radio on Sunday.

“The [International] Olympic Committee, which champions the separation of sports and politics, must condemn this vehemently and work to ensure that such behaviour is not repeated.”

A hearing into the incident was held on Sunday night, and saw Olympic officials tell Lebanese delegation head Salim al-Haj Nakoula that a repeat of Friday’s incident would be unacceptable.

Nakoula says the incident was a misunderstanding, telling Lebanese newspaper al-Nahar that he had blocked Israeli athletes from the bus to prevent them “picking a fight”.

“This problem is finished,” he told the Associated Press by telephone. “We are here only for sports.” 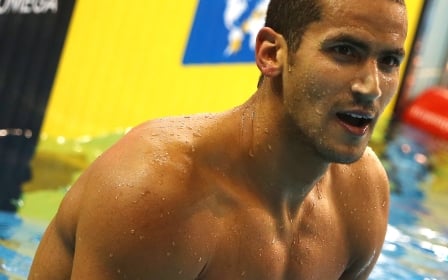