Some kind of military confrontation is likely, analysts tell MEE, but Hamas is content to take a back seat and let the PA make the first moves 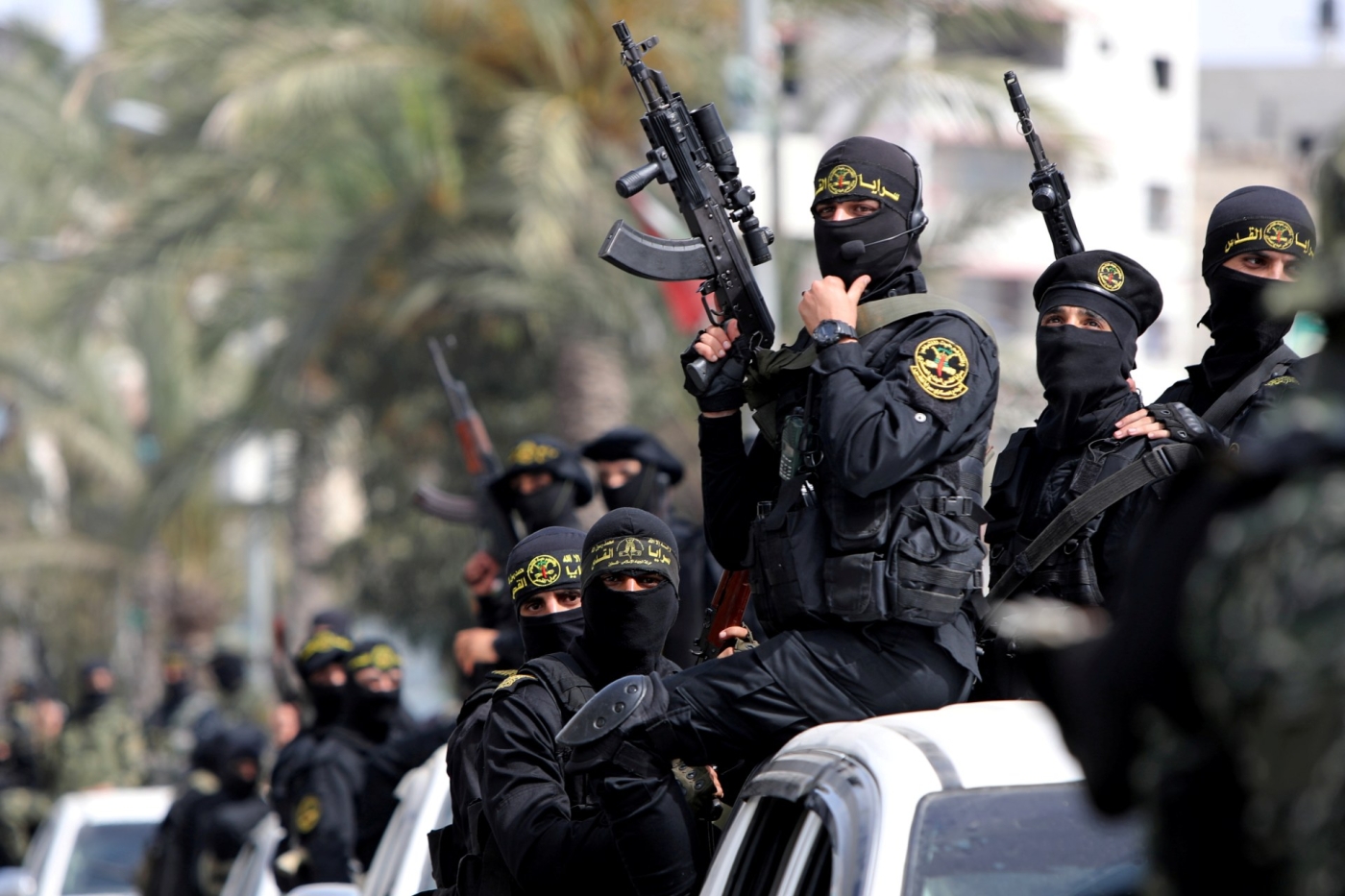 Palestinian Islamic Jihad militants ride on pick up trucks during a symbolic funeral for Ramadan Shallah, a former leader of their group, in Gaza City (Reuters)
By
Adam Khalil
in
Gaza City, besieged Gaza Strip

The prospect that Israel will annex areas of the occupied West Bank has stoked fears across the region of impending unrest, with Jordan's king going so far as to warn of "massive conflict".

Though eyes will naturally be drawn to the West Bank, where Israel has identified illegal settlements and the Jordan Valley as areas it could unilaterally claim as its own, fears of escalation with the besieged Gaza Strip are becoming more profound.

Various groups in Gaza, such as the Hamas movement that rules the coastal enclave, have issued statements rejecting the annexation plan, without explicitly predicting a confrontation with Israel once the move comes into effect.

Deputy head of Hamas' political bureau, Saleh al-Arouri, said in an interview with Al-Aqsa TV that the Israeli move will likely result in some form of military escalation, but that confrontation is not on the immediate agenda of Palestinian factions. He said, however, that confrontation requires a "comprehensive national plan to be agreed upon among the factions in order to confront the Israeli plan".

Likewise, political analysts in Gaza argue that it is unlikely annexation will result in real escalation in the besieged strip, unless furious popular reactions in the West Bank have a domino effect on Gaza's residents.

Mukhaimer Abu Saada, a professor of political science at al-Azhar University in Gaza, said Hamas perceives annexation as a failure of the political project of the Palestinian Liberation Organisation (PLO), which dominates the Ramallah-based Palestinian Authority (PA). Hamas believes the solution in dealing with Israel is using "the language of force", he added.

"Hamas will not initiate a comprehensive confrontation with Israel because of the issue of annexation. Hamas does not believe that the Palestinian Authority is ready or serious about cancelling the Oslo Accords, and thinks that the PA will not allow military action in the West Bank," Abu Saada told Middle East Eye.

He added that Hamas requires that "the confrontation, in the event that it takes place, be within a plan agreed upon among the factions", such as Islamic Jihad and the Popular Front for the Liberation of Palestine.

The Israeli military, for one, seems concerned that a conflict with Gaza is on the horizon.

The Gaza Strip has witnessed three major military confrontations with Israel in recent years, during which thousands of Palestinians were killed and wounded.

Israeli media has reported security officials voicing concern a fourth could be possible, or at least a deadly flare-up as has happened multiple times in recent years.

"Hamas and Islamic Jihad will find it difficult not to respond from Gaza and to create a security escalation, and the launch of balloons maybe a beginning of tension," the Israeli newspaper Yedioth Ahronoth reported.

"The firing of incendiary balloons from the Gaza Strip is a show of strength and ability, with the aim of signalling to Israel dissatisfaction in Gaza."

'Hamas is happy with the failure of the peace settlement project'

Tensions on the Israel-Gaza frontier are already escalating.

In recent days a number of incendiary balloons have been launched from the enclave towards Israeli towns, as well as a missile. That has stoked calls within Israel for retaliation.

However, political writer Hani Habib does not believe that this turn of events really has anything to do with the annexation plan, despite various statements, and that the Palestinian action and Israeli reaction was "normal".

Yet Hamas, other Gaza factions and Israel are currently coexisting under a series of ceasefire understandings that have brought calm and stability for several months, he noted. Habib suggests it would be difficult to tear up these agreements because of their positive impact on people's daily lives, in relation to electricity, securing Qatari funds and other important resources.

"Based on past experiences, the situation in Gaza will remain under control," Habib told MEE.

"Gaza may be more enthusiastic, but in the end the Palestinian situation can no longer tolerate unaccounted-for confrontations. We may witness some breakthroughs here and there."

Hamas is the largest military force in the Gaza Strip, but the Iranian-backed Islamic Jihad possesses significant capabilities as well.

The al-Quds Brigades, the military wing of Islamic Jihad, has taken different positions than Hamas in previous situations and attacked Israel alone, prompting retaliation on its positions only. However, Israel repeatedly insists that it holds Hamas ultimately responsible for any attacks from Gazan soil.

Abu Saada, the political scientist, believes that Hamas is not interested in an escalation with Israel at the current stage, but it is possible that the Islamic Jihad or other factions have another position.

"An escalation is possible by the Islamic Jihad and other factions, because Hamas thinks that the PA is responsible for taking the first step," he said.

Hussam al-Dajani, a political writer close to Hamas, believes the movement is content to wait and see, rather than take the initiative in facing down Israel.

"Hamas is happy with the failure of the peace settlement project, and that its first engineer Mahmoud Abbas retracted it," Dajani told MEE, referring to the PA president, adding that the movement feels like its approach to the occupation has been vindicated.

According to Dajani, Hamas has three options: waiting and anticipating, which is the more likely; support and assistance; or leaving Abbas to face his fate and bear the results alone.

Before even considering support for the Palestinian Authority, he said, Hamas is demanding the PA stops pursuing and arresting its members and allows the armed resistance to operate freely in the West Bank.

"If Hamas finds that President Abbas is serious about implementing these steps, the opportunities for support and an alliance with him will be strong," Dajani said. 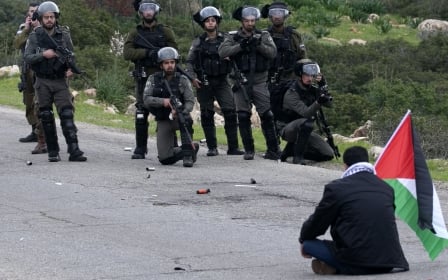 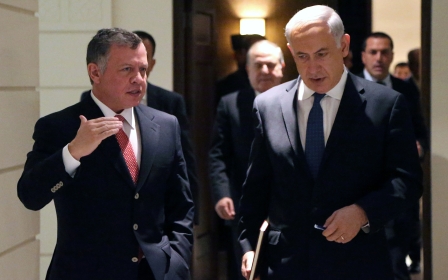