US officials have said they don't intend to work with Itamar Ben-Gvir, who could hold a ministerial position in Israel's new government 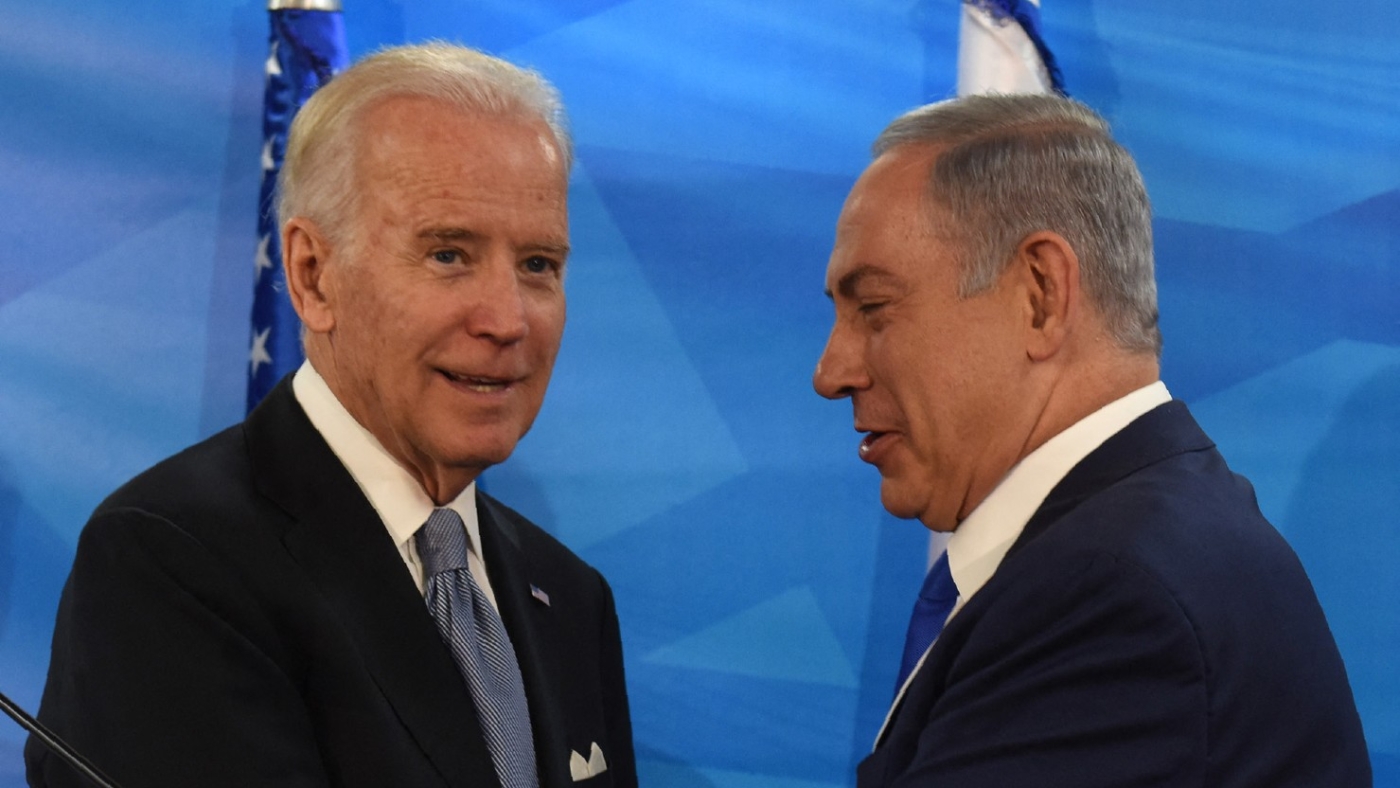 The US has so far issued a muted response to the outcome of the Israeli elections, with the former prime minister Benjamin Netanyahu getting another shot at forming a government alongside a far-right coalition, posing a number of issues for the Democratic administration.

US ambassador to Israel Thomas Nides said on Wednesday that it was "too early to speculate on the exact composition of the next governing coalition", but then on Thursday offered congratulations to Netanyahu for his victory.

On Wednesday, State Department spokesperson Ned Price said that the US hopes "all Israeli government officials will continue to share the values of an open, democratic society, including tolerance and respect for all in civil society, particularly for minority groups".

The final results will not be certified until 9 November, and then Israeli President Isaac Herzog will have to hold consultations on who will be chosen to select the new government, which must be chosen within 28 days.

However, the emergence of the ultra-far-right Religious Zionist party, led by Itamar Ben-Gvir, is likely to pose an issue for the Biden administration.

US officials have told Axios that Washington is unlikely to work with Ben-Gvir, who will likely hold a ministerial position in the new government.

Recent history can help explain where the fault lines of the future relationship between Biden and Netanyahu could lie. President Biden has a longstanding friendship with the former Israeli premier that spans four decades.

Yet Biden was also vice president under former President Barack Obama, who had a history of sour relations with Netanyahu, particularly over Obama's diplomatic efforts around the Iran nuclear deal.

In 2015 Netanyahu visited the US and delivered a speech to Congress blasting the nuclear agreement. The Obama administration saw this as an attempt to undermine their efforts and align themselves with the Republican Party.

While a return to the Iran nuclear deal is unlikely to happen any time soon, Biden has placed many of the same officials from the Obama administration to work on the negotiations. 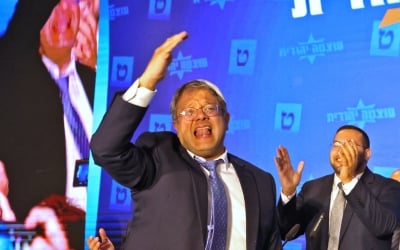 When Netanyahu left office last year, ending his 12-year term as the longest-serving prime minister in Israeli history, he also lashed out at the Biden administration, criticising their attempts to return to the Iran deal; and months later mocked Biden's physical appearance in a debunked video of the US president falling asleep during a meeting.

"The Biden administration doesn't have a good history of relations with Netanyahu, and if he takes on these far-right extremists into his government and into his cabinet, then I think we're in for a rocky road," former US ambassador to Israel Martin Indyk told Israel’s Channel 12.

Netanyahu also developed a close relationship with Biden's Republican predecessor, former President Donald Trump, and with him worked on key issues including the normalisation between Israel and four Arab countries - the United Arab Emirates, Bahrain, Morocco and Sudan.

However, their relationship was flipped over after Netanyahu congratulated Biden on his victory in the 2020 presidential election. Trump was outraged at the move, launching a profane tirade against the former Israeli premier.

Netanyahu said in a recent CNN interview that his chief goal is to expand the Israeli normalisation deals to include Saudi Arabia. And while the US has also stated its aims to expand Israel's normalisation with Arab countries, experts have said Netanyahu's return could be a hindrance to these diplomatic overtures.

No room for Palestinians

The Biden administration's efforts in approaching the Israel-Palestinian conflict have been described by experts as lacking political will.

Palestinian activists and human rights groups heavily criticised the administration's lack of action over the killing of Palestinian-American journalist Shireen Abu Akleh. And according to a report by the European Union, Israel built more than 22,000 settlements in the occupied territories, including nearly 15,000 in occupied East Jerusalem alone. That number is twice as many settlements built in the previous year.

During Biden's visit to Israel in July, Biden said he still believed a two-state solution was the best option going forward, but appeared to deprioritise the issue by saying it is not achievable "in the near term".

Prior to the elections, Gideon Levy, an Israeli journalist, said during a panel at the Arab Center Washington DC, that regardless of the outcome, Palestinians will continue to be sidelined and stepped over by Israel's government.

"The differences are really small. Both [Yair] Lapid and Netanyahu are in favour of continuing the occupation. None of them see the Palestinian people as having equal rights. None of them believe in the possibility of any kind of peace," Levy said.

"All of them, Lapid and Netanyahu, should be defined as right-wingers."

This could be heightened with the return of Netanyahu, as the right-wing politician has had no interest in making concessions for Palestinians, and his new bloc of far-right parties could increase hostility towards the Palestinian population.

Zaha Hassan, a Palestinian human rights lawyer, said the Biden administration's foreign policy approach so far "has drawn a line in the sand between liberal democracies and autocratic authoritarian regimes", especially in the past year with the Russian invasion of Ukraine.

"Up until the Israeli elections, [the Biden administration] had included Israel in the fold of normative allies despite the fact that Israel discriminates and denies political, economic, and social rights to more than half the population under its control," Hassan told Middle East Eye.

Hassan said that now Biden faces a choice of whether he wants to stand against a far-right government in Israel. This would also mean calling out Israel for its treatment of Palestinians, just as the US criticises other countries for their human rights abuses.

"With this new government that will be formed, the administration will have to either acknowledge that it holds Israel to a completely different standard because of domestic political concerns, or it actually means what it says when it speaks out against war crimes, ethnic cleansing and aggression elsewhere in the world," she said. 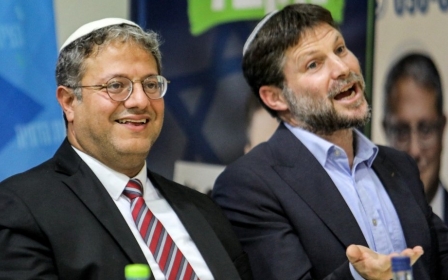 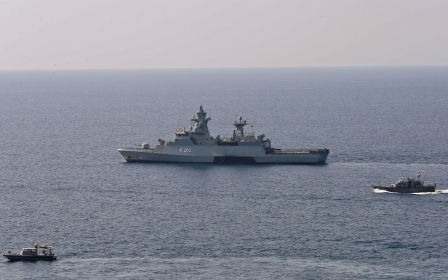 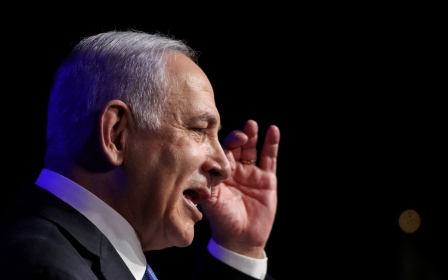