With the fuel for Gaza's only power plant, Palestinians under siege for 11 years could reportedly have up to eight hours of electricity a day Israel is expected to deliver fuel to Gaza's power plant after Qatar agreed to pay for it in an agreement finalised on the sidelines of the United Nations General Assembly last month, according to Israeli media reports.

Palestinians in the Gaza Strip, which has been under siege for 11 years, currently have around five hours of electricity each day, impacting all aspects of daily life, including the ability of residents to get clean water regularly.

The fuel deliveries to Gaza’s only power plant, estimated to cost Qatar tens of millions of dollars, could raise the average to eight hours a day, Haaretz reported.

Talks about increasing electricity to Gaza have been held for the past few months, led by UN envoy to the region, Nickolay Mladenov.

During the talks, the possibility of upgrading the power line from Israel to Gaza was discussed, but the Palestinian Authority objected, Haaretz reported.

According to the Israeli paper, Palestinian President Mahmoud Abbas has refused different strategies to improve the electricity supply to Gaza until there is progress in reconciliation talks between the Palestinian Authority (PA) and Hamas, which controls the coastal enclave.

Middle East Eye has sought a comment from Abbas's office.

Electricity supplies to the strip have been a repeated sticking point between Hamas and the PA, which have been locked in a feud since 2006 after Hamas won a surprise victory in Palestinian parliamentary elections.

Last year, the PA – which deals with Israel on electrical and fuel supply issues because the Israelis do not engage with Hamas – stopped paying Israel for the electricity it was supplying to Gaza for six months in a bid to apply financial pressure on Hamas.

In addition to electricity shortages resulting from the siege and battles over payments, Israel has bombed the power plant on several occasions, including in 2006 and 2014, and has also restricted fuel deliveries, preventing it from running at full capacity.

Meanwhile, a gas field about 30km off the shores of Gaza, which was discovered in 1999, has never produced gas.

Earlier this year, Royal Dutch Shell, which was the main stakeholder on the Gaza Marine concession, divested its interests, leaving the remaining partners - the PA, the Palestinian Investment Fund and CC Oil and Gas Ltd - looking for a new operator.

This summer, the CEO of Energean told Reuters the Greek oil and gas company was ready to buy and operate Shell's stake if Israeli and Palestinian authorities allow the field to be developed. 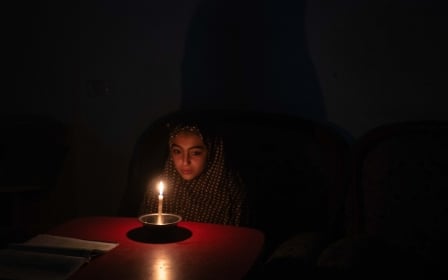