With acute medicine, fuel shortages, hospitals in besieged enclave not equipped to save casualties as Israel continues bombardment 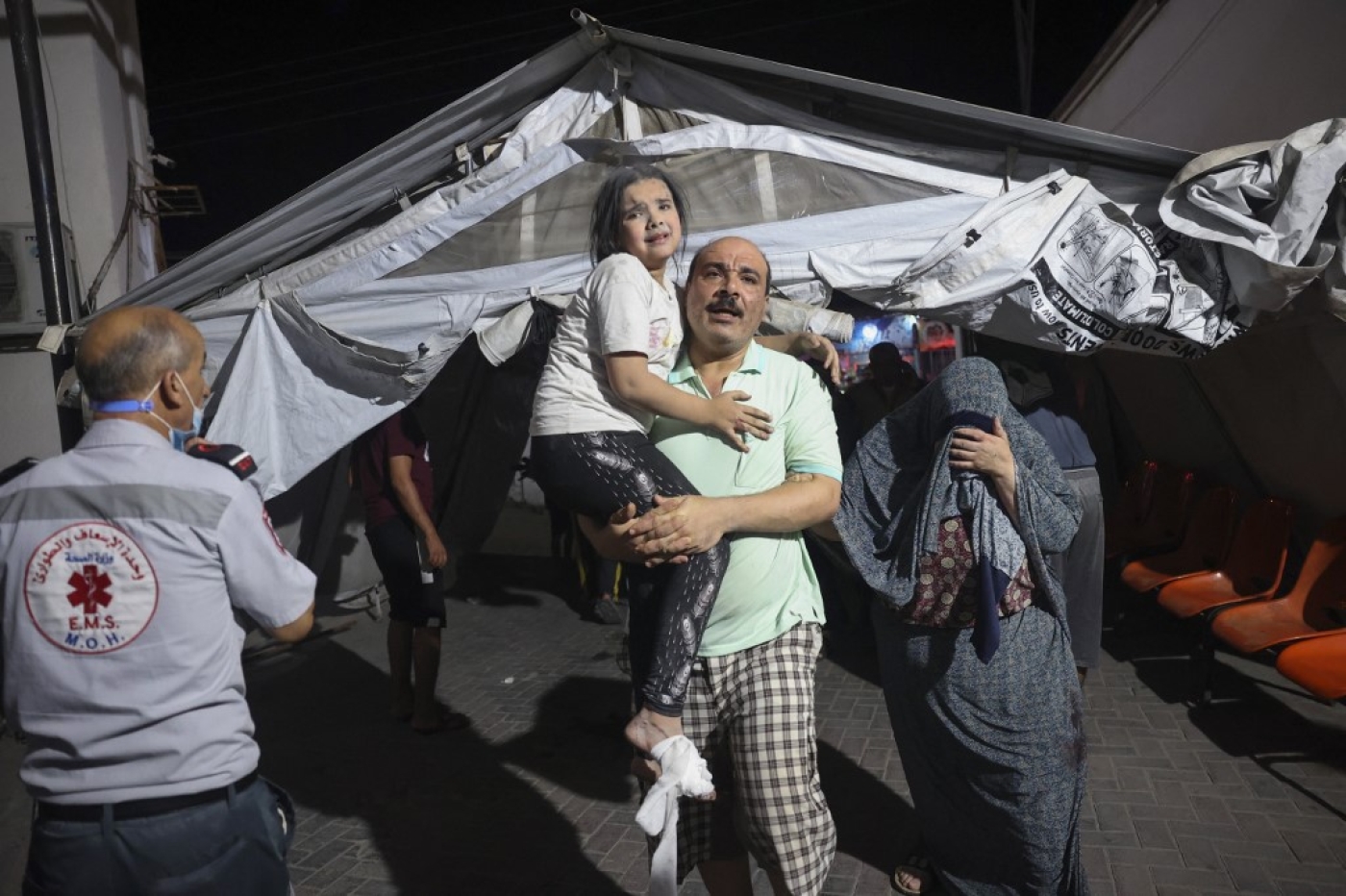 Palestinians carry an injured girl to hospital after a reported Israeli strike in Rafah, in the southern Gaza Strip, on 6 August 2022 (AFP)
By
Maha Hussaini

A chronic shortage of essential medicines and medical equipment in Gaza, and a worsening fuel crisis are putting residents' lives at risk as Israel's bombardment of the blockaded enclave continues for the third day.

On Friday, Israel initiated an aerial attack on Gaza, targeting several places across the Strip. As of Sunday morning, 31 Palestinians, including six children and three women, have been killed, and 253 others injured, including 111 children and 41 women, according to the Palestinian Ministry of Health in Gaza.

The bombing of overcrowded residential areas was met by retaliatory rocket fire by the Palestine Islamic Jihad movement (PIJ), the main target of Israel in the military operation.

Most casualties are transferred to the al-Shifa Hospital, Gaza's largest medical complex, but health officials say the hospital remains unable to provide proper medical treatment to the wounded due to shortages in medical essentials and fuel.

'Before launching the offensive, the Israeli occupation refused the entry of 14 x-ray devices and spare parts for medical and diagnostic devices into Gaza'

"Before launching the offensive, the Israeli occupation refused the entry of 14 x-ray devices and spare parts for medical and diagnostic devices into Gaza. This is seriously affecting the performance of different medical departments at Gaza's largest hospitals."

Lack of medical equipment, combined with a drug shortage, was a longstanding crisis before the assault.

In February, the Gaza health ministry held a press conference at the Erez Crossing, calling on Israel to allow the entry of medical equipment necessary to provide urgent treatment services to patients in vital medical departments.

"The Israeli occupation authority has been preventing the entry of medical and diagnostic equipment and spare parts into the Gaza Strip. This action aims to tighten the grip on Gaza patients who are in dire need of oxygen, diagnostic tests, and especially those who are being treated in ICU [intensive care units], Covid 19 departments, and cancer wards," the ministry's statement read.

In February, around 203 drug items (39 percent of the essential medicine list) and 174 medical disposables (20 percent of essential list) were at zero stock.

Salma Muhammed, a 30-year-old mother of two, is fearful that the crisis will put her children's lives at risk.

"We are left in the face of several threats. While the occupation continues its assault against homes and residential buildings, we know that we might get targeted at any moment even if we live in a completely civilian area," said Muhammed, resident in the west of Gaza City.

"At the same time, we are not sure if we would receive a proper medical treatment if we got wounded, or even be rescued from under the rubble if our homes were targeted."

Gaza Civil Defence crews face difficulties responding to rescue calls due to a lack of supplies and rescue equipment.

Following Israeli air strikes that destroyed three residential buildings in Rafah, in the southern Gaza Strip, it took rescue teams eight hours to recover the bodies of seven Palestinians trapped under the rubble.

To speed up the process, the Abutaha family, living in an adjacent building, agreed to demolish parts of their home to allow access for the civil defence bulldozers and responders to detect life under the rubble.

The coastal enclave, home to more than two million residents, has 36 hospitals providing an average of 1.26 hospital beds for every 1,000 persons, according to the Ministry of Health.

As of March 2020, the Gaza Strip had only 120 ICU beds, with critically ill patients already occupying a large number of them.

Since Tuesday, the Israeli authorities have closed Erez and Kerm Shalom crossings and blocked all movement of people and goods from and to the Gaza Strip.

As a result, Gaza's sole power plant shut down on Saturday after running out of fuel needed to run generators in hospitals, worsening an already chronic power crisis that interrupts the delivery of lifesaving health services in the Strip. 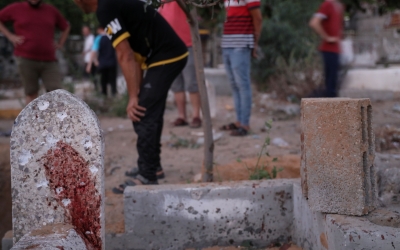 Israel-Gaza: Bodies of Palestinians pulled from under rubble after raids
Read More »

The shutdown would "affect all public utilities and crucial installations and exacerbate the humanitarian situation," said the Gaza electricity company in a statement.

Following the shutdown, the health ministry announced the start of a countdown to the cessation of health services in all hospitals within 72 hours.

"The coming hours will be harsh and difficult for the health system [in Gaza]. The power outage poses a clear and serious threat to the performance of vital departments at hospitals, especially the emergency departments, the intensive care units, surgeries, nurseries, laboratories and blood banks, as well as oxygen and medical gas systems," the ministry spokesperson said at a press conference on Saturday.

The fuel crisis comes as the already overstretched health sector in the blockaded enclave lacks adequate physical infrastructure due to years of closure, frequent military assaults, and socioeconomic decline.

"With the rising numbers of martyrs and wounded arriving at hospitals, if my son gets sick now, I know that I cannot take him to the hospital because doctors would give priority to the victims of the offensive and pay less attention to other cases," Muhammed told MEE.

"I am scared that we will need healthcare during the offensive. I hope no one gets sick in the coming days." 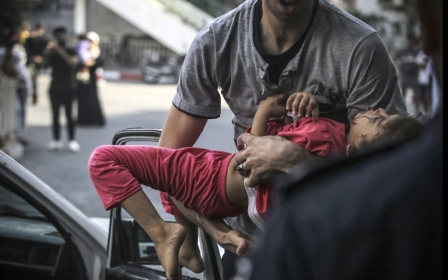