In pictures: Devastation in Gaza a year after Israeli bombardment 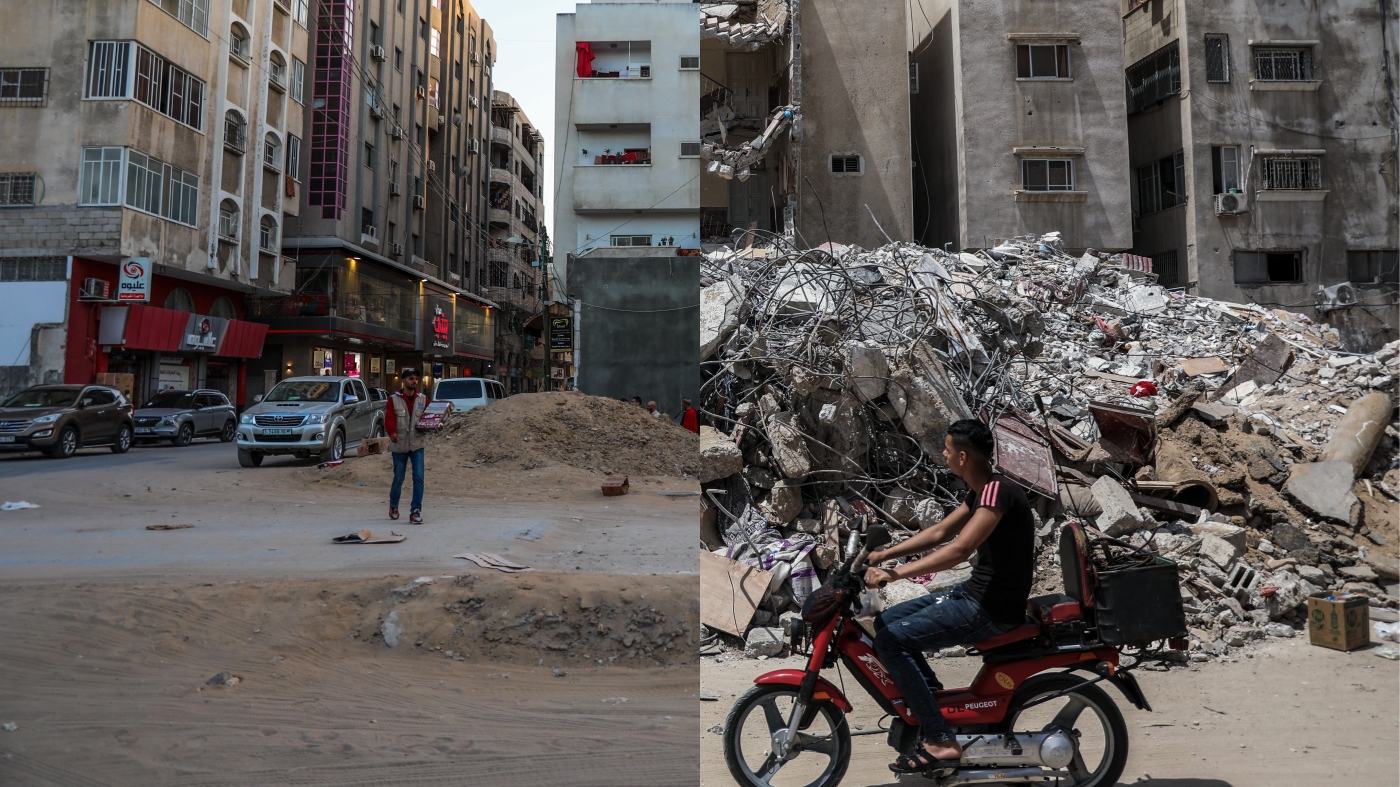 It has been over one year since Israel, once again, launched a military operation against the besieged Gaza Strip.

The May 2021 assault left 256 Palestinians dead and thousands injured, as well as damaging over 50,000 homes and destroying key infrastructure.

With each bombardment coming hot on the heels of a previous one, the residents of Gaza have struggled to repair the damage to their homes, businesses, and infrastructure before another wave of destruction reduces it to rubble again.

While attempts have been made, the handiwork of the Israeli jets and mortars is still clear to see:

Al-Shorouk commercial tower on Omar Al-Mukhtar road, downtown Gaza City, one of the locations most hit economically by Israeli bombing.

The 15-story building was a lifeline for dozens of merchants who had their shops completely or partially destroyed.

The tower was bombed on the eve of Eid al-Fitr and reconstruction work in it is still ongoing with many still waiting to open up shop again.

View of Hanadi tower, which was completely demolished by four Israeli air raids.

The 14-story building housed residential units, media offices, and other businesses. It took seven months to finish clearing the rubble and restoring the road, but there are no plans as of yet to rebuild the tower.

Israeli jets dropped three bombs on al-Jawhara Tower in al-Jalaa Street in central Gaza City, in the early days of the 11-day assault.

The building, home to dozens of media and law firm offices, did not fall completely but was unstable and deemed too fragile and unfit for reuse.

It took 10 months and considerable cost for authorities to completely take it down and they had to close adjacent roads for months as demolition work took place.

Reconstruction fees and plans are not yet available.

The road was targeted by Israeli warplanes on Eid al-Fitr morning along with other vital roads in Gaza.

Restoration of the street commenced immediately following the war after assessments ensured no unexploded ordnances were left in the area from the bombing.

Al-Wahda Street in central Gaza City was targeted on 16 May by heavy Israeli air raids that lasted around 30 minutes.

Six months after the bombing, dozens of homes that had become unsuitable for housing were razed by Palestinian authorities ahead of reconstruction.

A residential complex of nine houses was completely destroyed by Israeli jets during a bombing raid on the Zayed Roundabout in the northern Gaza Strip.

Nine people were killed, including all the members of the Tanani family. In addition, 33 others were injured, and several houses were damaged, along with the destruction of the main street and sewage and water lines.

Now the demolished houses are being reconstructed.

Al-Jalaa Tower, in the centre of Gaza City, consisted of 12 floors, half of which were press and media offices and a law office, while the other half were residents.

Israeli jets hit it with four missiles, leading to its complete destruction. The restoration of the building continued for four months after the attack.

The residents were warned and evacuated from the tower before it was destroyed, but the material losses were very high due to the presence of press equipment.

The residents were compensated with a sum of money estimated at one hundred thousand dollars to be divided among them, but there is no talk of reconstruction so far.

Gaza City beach was targeted by surveillance planes with four guided missiles, three civilians were killed and the cafes were partially damaged.

The popular leisure destination was restored three months after the attack.

An Israeli strike targeted an apartment in a building opposite the Al-Rimal clinic and the offices of the Ministry of Health.

All the facilities were out of action for about a month after the attack, and they were partially restored in order to provide service to the citizens.

The losses to the health sector overall were partial, but the biggest impact came from the suspension of some of its services. 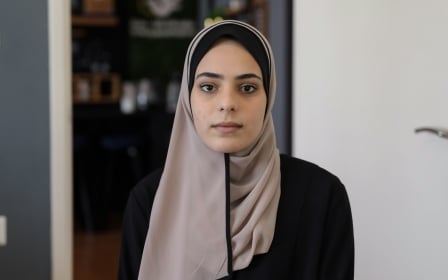 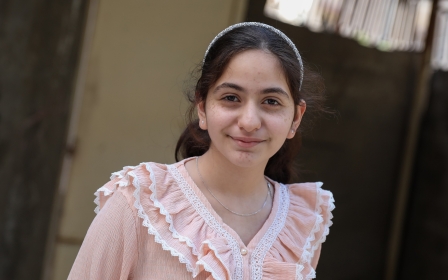 Gaza aftermath
'I wish I could forget': Children of Gaza left traumatised a year after Israeli bombardment 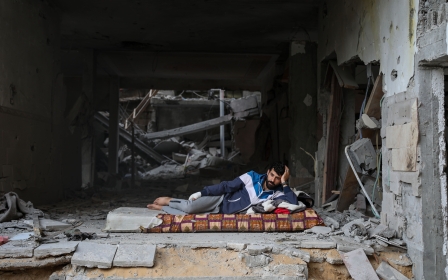