Gilboa prison break: How the Palestinian escapees survived on the run

The prisoners said they were arrested 'by chance', did not drink water, ate fruit plucked from the trees and followed the news of their jailbreak 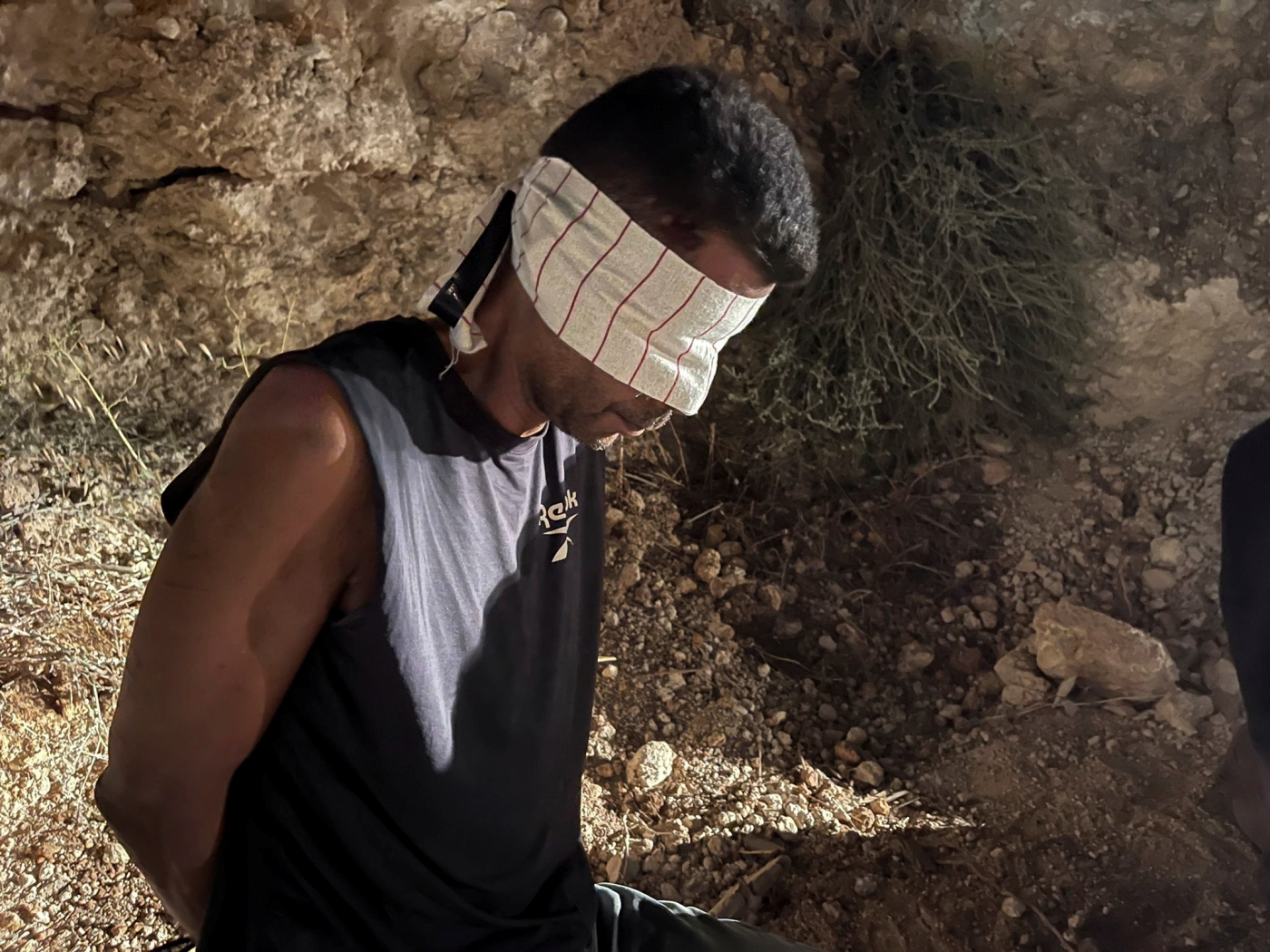 Zakaria Zubeidi sits after being arrested, following his escape from Gilboa prison, in the village of Umm Al Ghanam on 11 September 2021 (Reuters)
By
Mustafa Abu Sneineh

Their escape from an Israeli maximum-security prison made headlines around the world and elated millions of Palestinians.

Now, three of the four escapees who have been recaptured have detailed the trials and tribulations they faced on the run: thirst, hunger, and the joy of freedom.

'I toured occupied Palestine of 1948, and I was looking for my freedom and to meet my mother'

For Mohammad al-Ardah, 39, freedom tasted of prickly pear. The escapee from Jenin told his lawyer that he managed to eat the fruit for the first time in almost 20 years after fleeing northern Israel's Gilboa prison through a tunnel on 6 September.

Ardah had been in prison since 2002, sentenced to life on charges of belonging to Islamic Jihad's al-Quds Brigades' military wing and of involvement in the killing of Israeli soldiers. It was the opportunity to see his mother again that drove him to dig out of Gilboa and flee.

"I toured occupied Palestine of 1948, and I was looking for my freedom and to meet my mother," Ardah told his lawyer Khaled Mahajna.

Ardah was seized on Saturday along with Zakaria Zubeidi while hiding in Nazareth, a northern city with an overwhelmingly Palestinian population.

He told his lawyer that he has faced harsh and abusive conditions in the al-Jalameh detention centre near Haifa, where he is now being held, and that he was beaten during his arrest.

Despite being seized at the weekend, the four captives were only allowed to speak privately with their lawyers on Tuesday, with their representatives then able to relay details of their dramatic escape for the first time.

Mahajna said Ardah was severely beaten by Israeli police, who threatened him with death and struck his head on the ground. He has only slept 10 hours in the past four days, was deprived of food, and was held in a small cell and constantly watched, the lawyer said. Ardah said he and Zubeidi had not drunk a drop of water since they tunnelled their way out of Gilboa prison. They felt exhausted and could not carry on walking, and described their discovery as "by chance" when Israeli forces appeared near their hideout.

Zubeidi, 46, is also from Jenin and is a former commander of Fatah's armed wing, al-Aqsa Martyrs Brigades. He told his lawyer Avigdor Feldman that police beat him so badly that he broke his cheek and some of his ribs, and remains in pain.

Zubeidi told Feldman that he was not one of the escape plan plotters, and that the scheme was devised by the other five cellmates, who all belonged to Islamic Jihad.

He said he only became aware of the plan last minute after being transferred to the cell the day before the escape. Once he saw the tunnel, he decided to flee as well.

Over six days, Zubeidi and Ardah plucked fruit from trees to survive, gorging on prickly pears and figs when they could.

Speculation has been rife in the days since the six inmates emerged from their tunnel, with Israelis and Palestinians alike wondering if they stayed together, where they were hiding and whether or not they had crossed from Israel into the occupied West Bank or a neighbouring country.

One of them, Mahmoud Ardah, told his lawyer Raslan Mahajneh that the prisoners parted ways when they reached a mosque in the Palestinian village of Naoura.

Mahmoud Ardah said he had a radio on which he followed news of their escape.

No one else in the prison was involved in the plan, he said, adding that he himself directed and oversaw the prison break. They began digging the tunnel from their cell in December, he said.

Mahmoud Ardah and Yacoub al-Qadri were arrested on Friday in Nazareth. He said they both attempted to cross into the West Bank, which is 4km south of Gilboa prison, but the heavy Israeli military presence in the area made them change their plan.

The three prisoners said they agreed to avoid entering Palestinian villages in Israel as much as possible, in an attempt to stop Israeli authorities from imposing collective punishment on their residents.

Mahmoud Ardah also said they were arrested by chance, and denied reports in Israeli media that a Palestinian citizen of Israel had tipped off the police.

The escape has inspired Palestinians in Israel, the occupied territories and beyond. On Saturday, news spread that those who had been recaptured would appear in a Nazareth court, with Palestinians flocking to the building to show their support that evening.

"I reassure my mother about my health, and my spirits are high, and I salute my sister in Gaza. We were very touched when we saw the crowds in front of Nazareth's court. I salute the people of Nazareth, they raised my spirits," Ardah said, according to his lawyer. 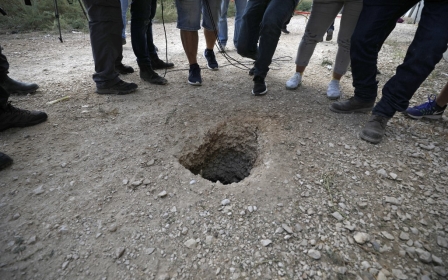 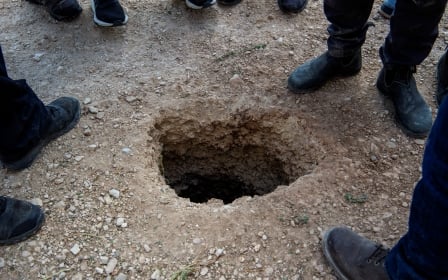