"In response, a short while ago the IDF (Israeli army) targeted Syrian Army artillery posts," it added in a statement.

Military spokesman Peter Lerner said the Israeli army "holds the Syrian government accountable for all attacks emanating from its land, and will operate by any means necessary to defend Israeli civilians."

He added: "Such blatant breaches of Israeli sovereignty will not be tolerated."

The military said on Tuesday that at least two rockets fired from Syria had hit the Golan Heights, prompting Israeli forces to return fire.

There were no immediate reports of casualties on the Israeli side.

Prime Minister Benjamin Netanyahu later warned Israel was "ready to respond with force" to any attack, while Lerner said the fire was "intentional, not spillover from the Syrian civil war" as has sometimes been the case in the past.

In September, the army fired at a Syrian military position in response to what it said was stray fire from fighting between soldiers and rebels close to the armistice line on the Golan.

There has been repeated fire across the ceasefire line since the uprising in Syria erupted in March 2011, not all of it stray.

In August, five rockets fired from Syria hit the Israeli-occupied sector of the Golan Heights and, in July, Israel shelled Syrian army positions when a rocket struck its territory.

Tensions have soared along the ceasefire line since an 18 January airstrike attributed to Israel killed six Hezbollah fighters and an Iranian general near Quneitra on the Syrian-held side of the strategic plateau.

US State Department spokeswoman Jen Psaki said before the Israeli response that Washington had seen the news of Tuesday's rocket firing and did not want "an escalation of the situation."

"We support Israel's legitimate right to self-defence and have been clear about our concerns over the regional instability caused by the crisis in Syria," she told reporters.

"We call upon all parties to avoid any action that would jeopardise the long-held ceasefire between Israel and Syria and abide by the 1974 disengagement of forces agreement."

Defence Minister Moshe Yaalon said Friday that Israel was prepared for any retaliation by Lebanon's Hezbollah, which is operating in Syria in support of President Bashar al-Assad.

Israel has deployed its Iron Dome missile defence system in the north, where local media say it is amassing tanks and infantry reinforcements. 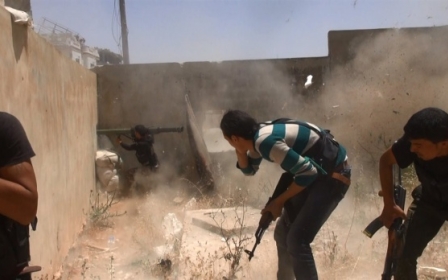 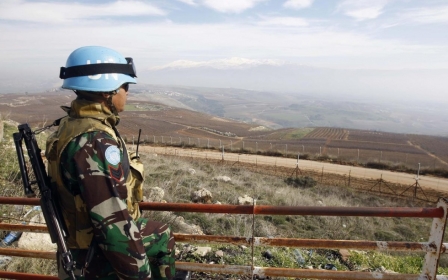