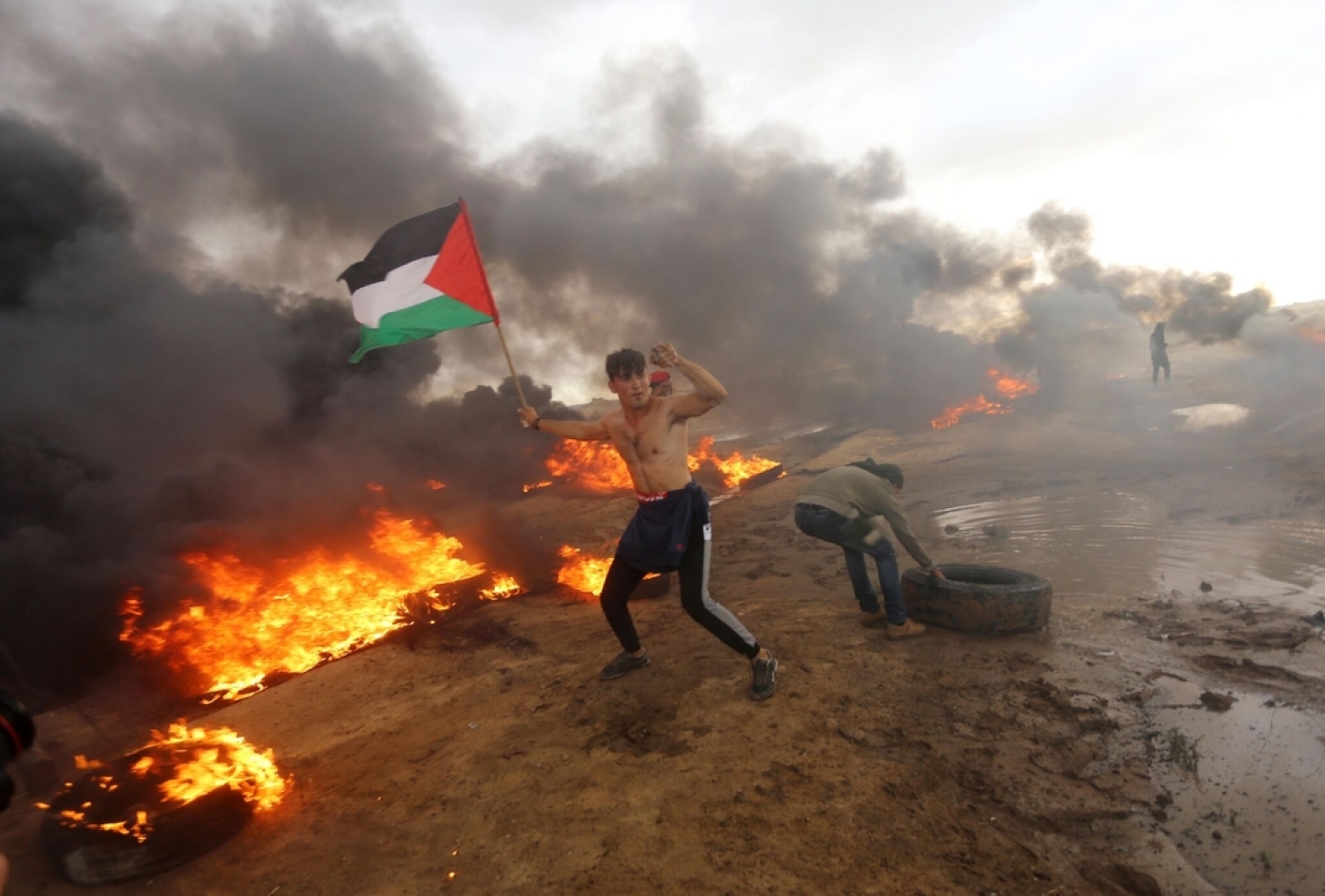 Five Palestinian demonstrators were shot dead by Israeli soldiers and 170 others wounded during protests at the Gaza border on Friday, the Gaza health ministry said.

Dozens were also injured by tear gas fired by Israeli forces towards the demonstrators participating in the protests, which were held for the 31st week in a row.

In response to the deaths, Gaza's ruling Hamas fired 14 rockets towards Israel, 10 of which were intercepted, military spokesman Lieutenant Colonel Jonathan Conricus said on Twitter.

Last Friday, more than 100 Palestinians were injured by Israeli fire as Israel ramped up its military presence along the fence separating it from the blockaded Gaza Strip.

Since protests began in March, at least 217 Palestinians have been killed by Israeli forces, according to the United Nations Office for the Coordination of Humanitarian Affairs.

UN-OCHA's data also indicates that most of the 22,897 Palestinians injured during the protests were wounded by live ammunition shot by Israeli forces.

Also on Friday, a Palestinian man was killed by Israeli soldiers in the occupied West Bank.

The man, identified as Othman Ladadwa by medical sources, was shot from behind with live ammunition. The bullet pierced organs in his lower abdomen, the Palestinian health ministry said.

Witnesses said clashes began when Israeli settlers visited a site near the village of al-Mizraa al-Gharbiya in the occupied West Bank and Palestinians threw stones at them.

Israeli forces then fired both tear gas and ammunition at the Palestinians, the witnesses said.

Another Palestinian man was shot in the head and is in serious condition, the health ministry said.