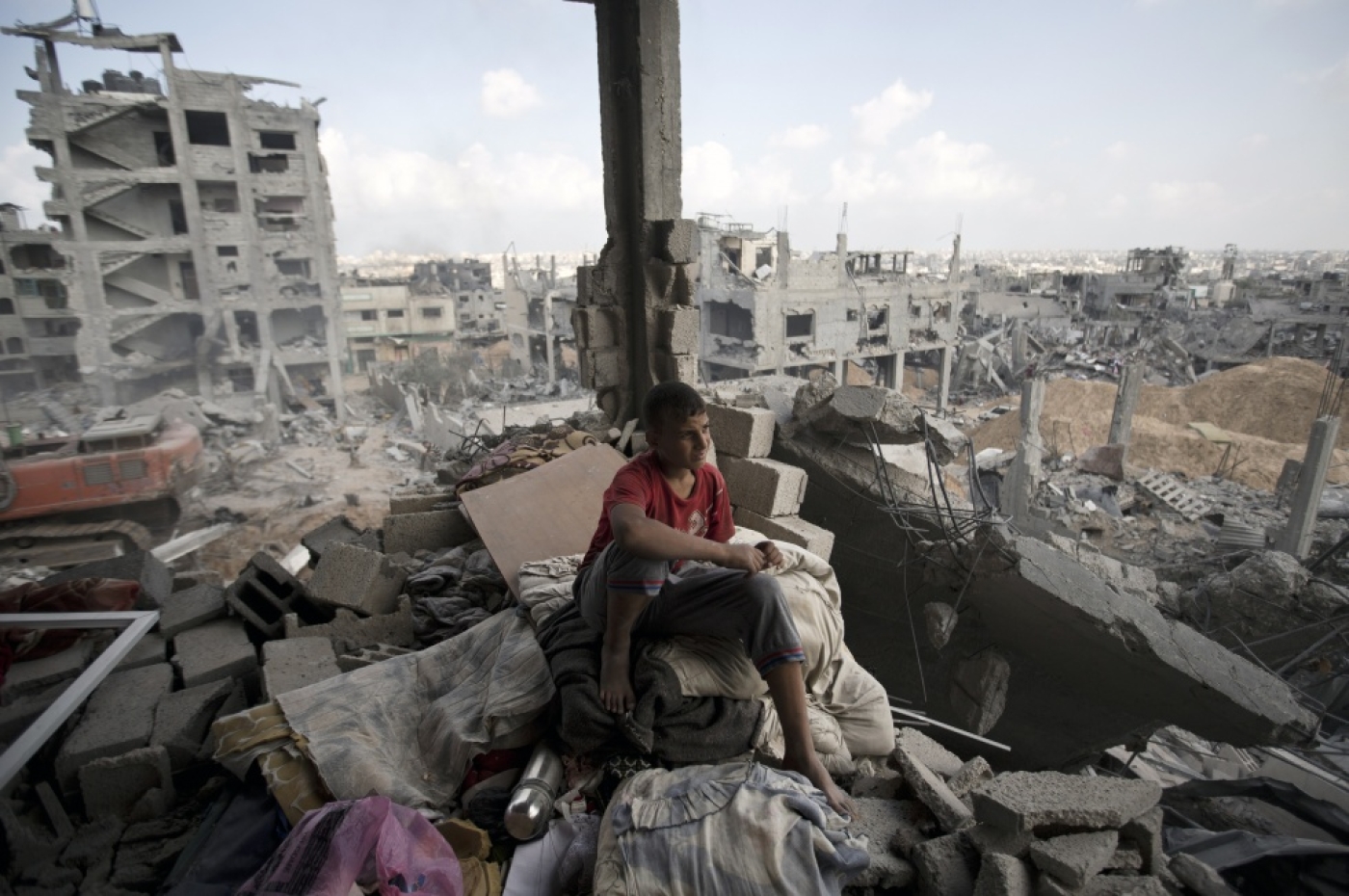 Palestinian sources said the target of the strikes early Saturday was Hiteen camp, a military training site that belongs to the Palestinian Resistance Committee, one of the active military groups in Gaza.

A spokesman for Gaza's health ministry said there were no casualties in the attack, as missiles landed in empty fields west of Khan Younis.

Ambulances rushed to the site of the bombing, which brought back memories of the 51-day war in Gaza that killed 2,100 Palestinians and injured 11,000 others.

The air strikes caused power outages in nearby residential areas, and panic among civilians, witnesses said. The Palestinian security agencies, meanwhile, evacuated their offices across the enclave over fears of possible Israeli attacks, a security source told Anadolu news agency.

Israeli F16s continued to fly at low altitudes over the strip early Saturday.

On Friday, Israel said that a rocket had been fired from Gaza, causing no casualties or injuries in the southern Negev area. Military spokesman Lieutenant Colonel Peter Lerner said in a statement that the "Hamas terrorist organisation is responsible and accountable for today's attack against Israel".

Palestinian sources said they were unaware of rockets being fired from Gaza.

Dr. Ashraf Al-Qudra, spokesman of the Gaza health ministry, said the injured youth were aged between 18-20, and had been transferred to Kamal Adwan hospital for treatment.

The four youth are among scores of Palestinians have been injured in Gaza, and one killed, since the summer war ended.

The air strikes came only a few days after a European Union court ordered Hamas be removed from the EU's terrorist list, a move that Israeli officials strongly condemned.

Meanwhile, Israel promised to allow 700 Palestinian-Christians from Gaza to travel to Bethlehem and Jordan for Christmas celebrations. Gaza aftermath
Palestinians reach out to the world with '1,000 Voices for Gaza'