With the help of the UAE, Israel is providing arms and training to the Libyan National Army 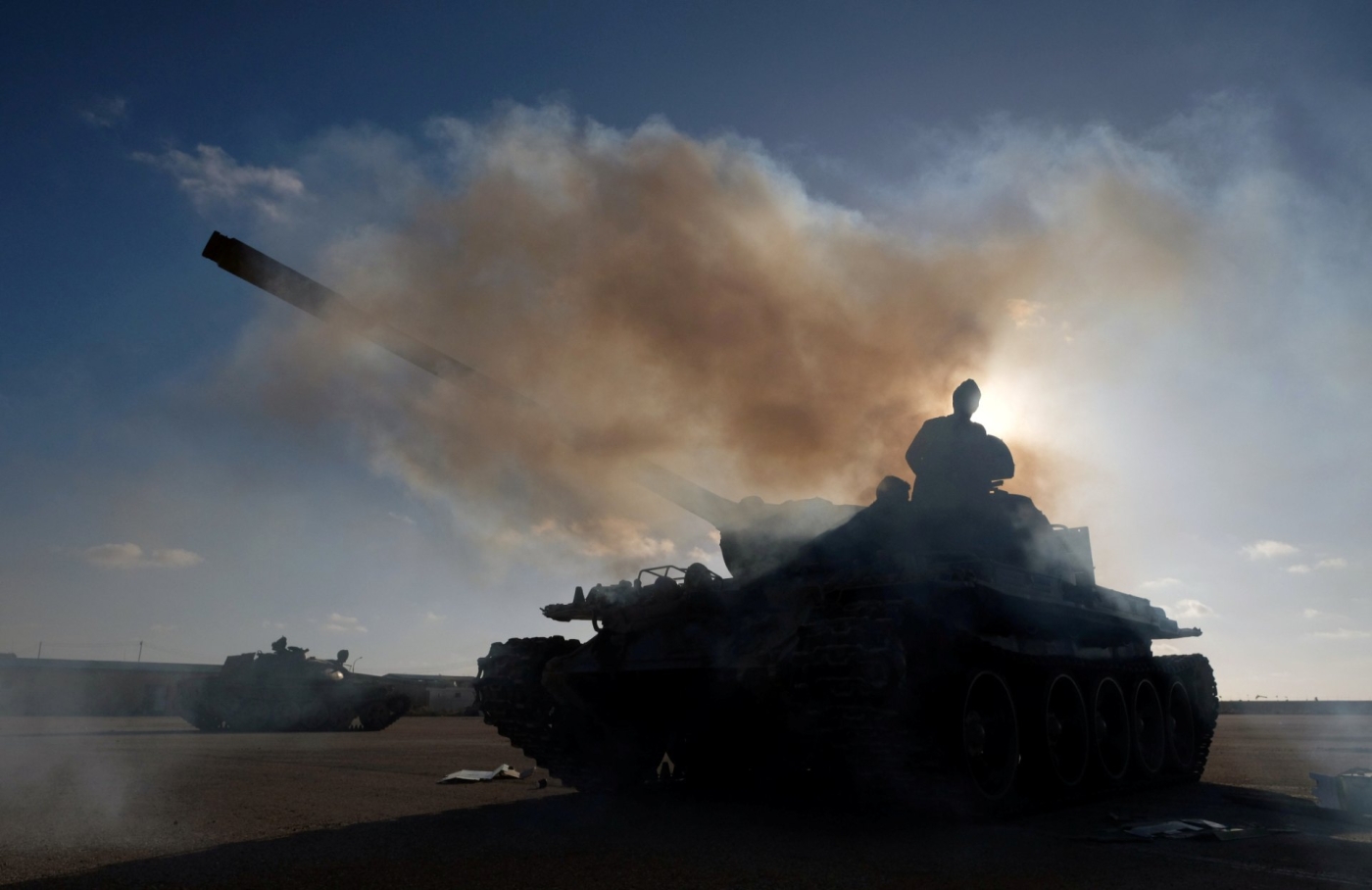 Members of the Libyan National Army (LNA), commanded by Khalifa Haftar, get ready before heading out of Benghazi to reinforce the troops advancing to Tripoli (Reuters)
By
Yossi Melman
in
Tel Aviv, Israel

Despite pleas by the United Nations and international humanitarian organisations to suspend violence, at least temporarily during the coronavirus pandemic, the Libyan civil war continues as usual.

Following an attack last Monday, water supply was cut to more than two million people in Tripoli and nearby towns. Now fierce battles are raging to the west of the Libyan capital.

The conflict between the two major rival factions is fuelled by increased international intervention and a constant supply of weapons, in blatant violation of UN sanctions and an arms embargo.

On one side stands the Tripoli-based and UN-recognised Government of National Accord (GNA), led by the 60-year-old Fayez al-Sarraj, an architect by profession. The GNA is supported mainly by Qatar and Turkey, which has turned into a major supplier of weapons and mercenaries to Sarraj’s forces.

Turkey has also sent drones to Libya - some of them home-grown based on old Israeli models, and some Israeli-made, which were sold to Azerbaijan, Turkey’s ally. Turkey is also recruiting hundreds of Syrian fighters to ship them to Libya as mercenaries to prop up the GNA.

On the other side are the forces of General Khalifa Haftar, who controls eastern Libya with its major port city of Benghazi. The 67-year-old is commander of the Libyan National Army (LNA).

Haftar, who has American citizenship, was known to be very close to the CIA during his exile under Muammar Gaddafi. No wonder, then that Haftar is supported by the administration of President Donald Trump, which outwardly supports international peace efforts but covertly encourages Haftar’s campaigns.

US allies in the Middle East follow suit. Among them stand out Egypt and the United Arab Emirates, and to a lesser degree Israel.

The Israeli connection is less well known but still very important. In fact, the role played by Haftar is a result of the axis created in recent years, consisting of Egypt, the United Arab Emirates, Saudi Arabia and Israel.

This week, Al Araby television reported that the UAE financed and provided the LNA with advanced air defence systems, which were manufactured by an Israeli firm and transferred via Egypt. These systems are aimed at countering the Turkish drones.

The Libyan “file” is held by Mossad, which coordinates its operations and policies regarding Haftar with the Egyptian government of President Abdel Fattah el-Sisi and his intelligence chief Abbas Kamel.

Between 2017 and 2019, Mossad envoys met on numerous occasions with Haftar in Cairo, and have facilitated the training of some of his key officers

Between 2017 and 2019, Mossad envoys met on numerous occasions with Haftar in Cairo, and have facilitated the training of some of his key officers in war tactics, intelligence gathering and analysis, as well as control and command measures.

The special ties between Haftar and Israel are an historical irony. He served in the Libyan army under Gaddafi, and took part in the coup that brought the autocrat to power in 1969.

In 1973, as a young officer, he was a member of the Libyan contingent that assisted Egypt in the October war. However, the Libyan brigade and its pilots who were stationed in Egypt didn’t take part in the active fighting.

Under Gaddafi, Israel had a special interest in Libya.

The Libyan leader financed the Palestinian struggle and hosted Palestinian militants, including terrorists from the notorious Abu Nidal group.

In response, Israeli intelligence and special forces followed Libyan officials and tracked its aviation, and landed on the North African country’s shores to plant bugging devices and carry out operations.

In one 1995 operation, a naval commando unit laid an ambush to kill Dr Fathi Shaqaqi, the leader of the Palestinian Islamic Jihad, but were ordered to withdraw after a group of European tourists camped nearby in the desert oasis. A few months later, he was assassinated by Mossad operatives in Malta.

Eventually, it was the CIA and MI6 that secretly cooperated with Gaddafi and convinced him in 2004 to ditch such projects.

During this period of thawed relations with the West, which lasted until he was killed in a 2011 Nato-backed uprising, the Libyan leader flirted with Israel and initiated some political gestures. 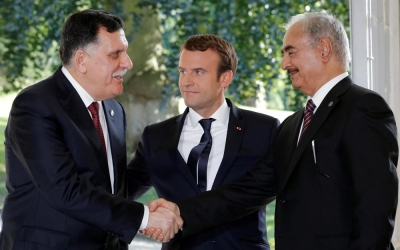 He and his son Saif al-Islam advocated for peace between Israel and Palestine based on one state, which they called Isratin.

Using some prominent Libyan-Italian Jews, they sent Muslim pilgrims to Jerusalem and released Israelis of Libyan descent who had travelled to their old homeland and were falsely accused of being spies.

Even after Gaddafi was killed by rebels, members of his family tried to reach out to Israel for assistance. While his daughter Aisha found shelter in Algiers, she is said to have sent messages via Italian intermediaries asking if she would be allowed to move to Israel, claiming that her grandmother was Jewish. An Israeli lawyer representing Aisha has denied the request was made, however.

Now as the civil war stretches on, Israel has one more interest in the country. By expanding its presence in Libya, Turkey aims to increase its influence in the Mediterranean and thus disrupt Israeli-Cypriot plans to build gas pipelines to Greece and Italy.

Though the conflict makes strange bedfellows, it has to be noted that the Israeli involvement and influence in Haftar’s Libya operations is minor. Russia, which is also sending mercenaries and weapons to help the general, plays a much bigger and more important role.

Analysis
With coronavirus cases on the rise, Israel turns to the army
Analysis
Neither historic nor meaningful, the UAE-Israel deal may never get off the ground
Analysis
As anti-Netanyahu protests grow, Israel's Russian community joins the fray 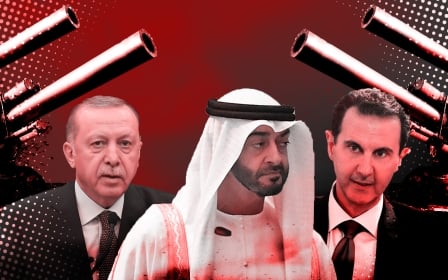 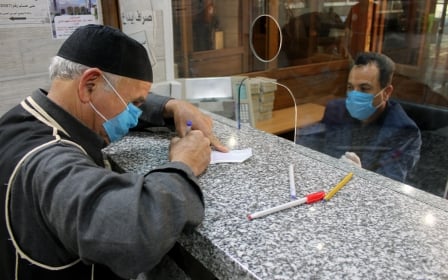