Two Palestinians have been arrested, Israeli army says, with a third suspect reportedly still on the run 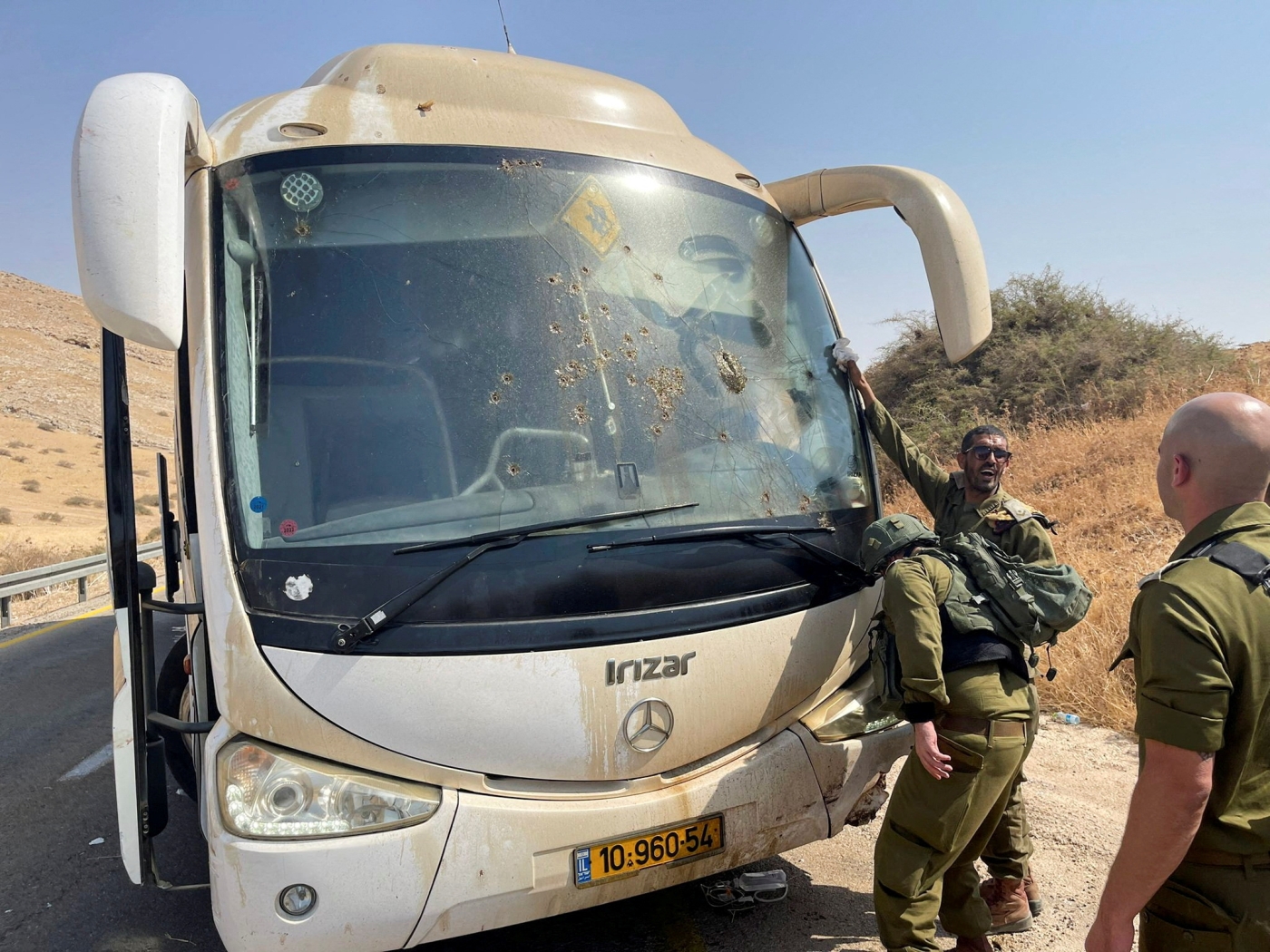 Israeli soldiers check damage in a bus, at the scene of a shooting attack in the Jordan Valley, in the Israeli-occupied West Bank 4 September 2022 (Reuters)
By
MEE staff

A shooting at an Israeli bus in the occupied West Bank on Sunday left at least six soldiers and one civilian driver wounded, according to the Israeli army.

The army arrested two Palestinians in connection with the incident, it said in a statement.

Israeli forces said armed men opened fire from a truck at the bus driving on a major highway in the northern part of the Jordan Valley, near the Israeli settlement of Hamra.

One soldier was seriously wounded with gunshot injuries and was transferred by helicopter to Rambam Hospital in Haifa for treatment. The other five soldiers and the civilian driver were lightly wounded, according to army officials and medics.

Two suspects were later arrested in connection with the incident after their vehicle caught fire while escaping. According to the army, the fire may have been caused by a mistakenly ignited Molotov cocktail, Israeli newspaper Haaretz reported.

A third suspect reportedly managed to flee, and a manhunt has been launched to capture him.

Footage from the scene showed the windscreen of the targeted bus pierced with multiple bullets.

A spokesperson of the Hamas movement, the de-facto ruler of the Gaza Strip, commended the shooting as a response to the "Zionist occupier and their settlers' crimes and aggression against Al-Aqsa Mosque and prisoners".

The occupied West Bank has witnessed a rise in Palestinian armed attacks against Israeli targets this year.

Last month, unknown gunmen shot at an Israeli bus carrying settlers in Silwad, near Ramallah, but no casualties were reported.

Tensions come as Israeli forces intensify near-daily raid-and-arrest operations in various parts of the West Bank, which often lead to the wounding or killing of Palestinians.

More than 140 Palestinians have been killed by Israeli fire this year, including 49 killed in the Gaza Strip and more than 91 in the occupied West Bank and East Jerusalem. 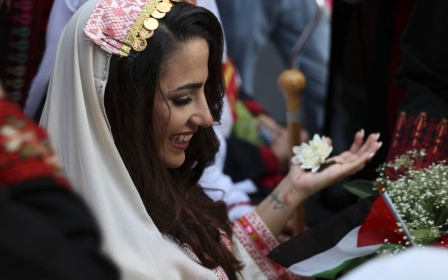 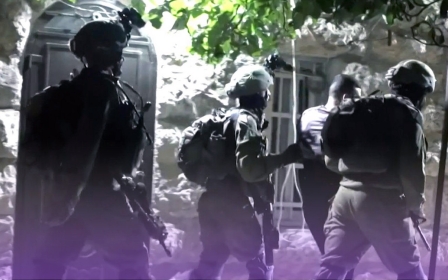 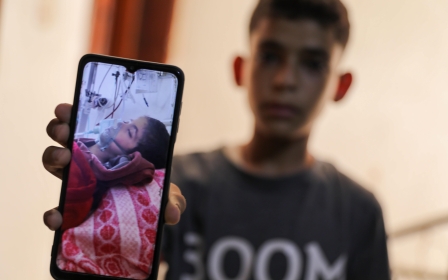