Settlers entered the Al-Aqsa compound on Wednesday through the Moroccan Gate, flanked by Israeli police, performed Jewish prayers and toured the site 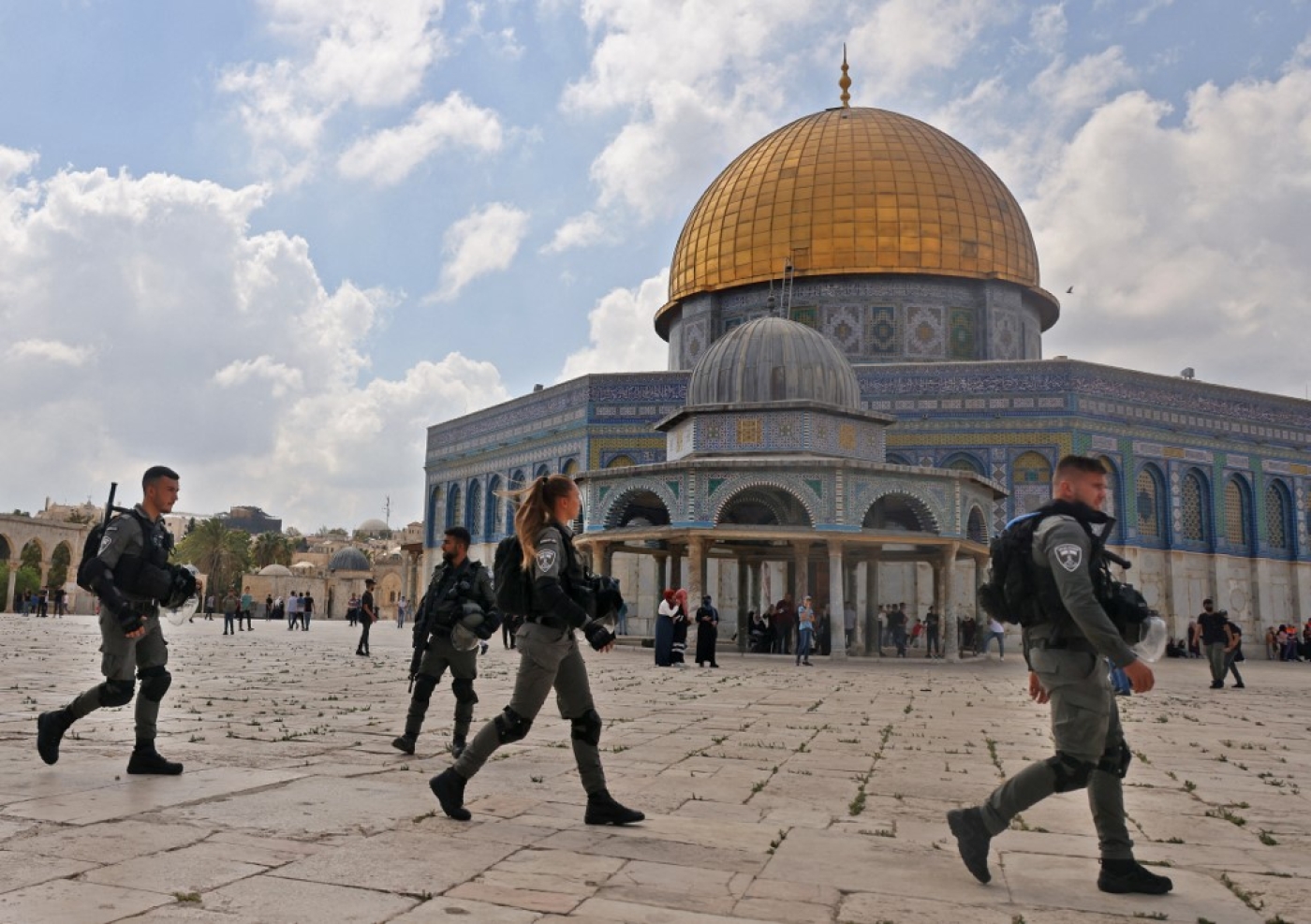 Over 500 Israeli settlers, accompanied by security officers and members of Knesset, broke into Al-Aqsa compound in Jerusalem during the Jewish holiday of Sukkot on Wednesday, the Palestinian News Agency (Wafa) reported.

According to Wafa, 529 Israeli settlers entered Al-Aqsa compound through the Moroccan Gate on the western side of the site, which the Israeli authorities have controlled since the beginning of the occupation of East Jerusalem and the West Bank in 1967. What is Sukkot? The Jewish celebration explained
Read More »

Wafa said that the settlers, flanked by Israeli police, performed Jewish prayers and toured the site.

Israeli far-right activists have repeatedly pushed for an increased Jewish presence at al-Aqsa, despite a longstanding joint guardianship agreement between Israel and Jordan, which retains custodianship over Christian and Muslim holy sites in Jerusalem and bars non-Muslim prayer at the site.

Palestinian Muslims and Christians do not seek to pray in the Western Wall Plaza, the holiest site in Judaism to the east of Al-Aqsa mosque. Their access to the site, however, has to go through a strict security check.

Jerusalem's Islamic Waqf has repeatedly described the settlers' tours as "provocative" and said that Palestinian worshippers and guards at al-Aqsa feel uncomfortable with the presence of Israeli police and settlers touring the Muslim holy site.

Naser al-Hidmi, the head of the Jerusalem Authority Against Judaisation, told local media that Israel uses the season of Jewish holidays to speed up its settlement plans around the Old City and Al-Aqsa mosque.

He said that Israel aims to send a message that it is the sovereign power in the city by allowing settler tours in al-Aqsa, blocking Palestinian roads and forcing Palestinian shops to close on Jewish holidays.

"Unfortunately, every coming year is more difficult and worse for Jerusalem and al-Aqsa, in terms of Israel's violations and the practices of the occupation that increased in brutality and became more cruel and painful, amid Arab and Islamic silence and inaction regarding what is happening," Hidmi said.

Israeli settler groups regularly enter the al-Aqsa compound - which they refer to as the Temple Mount - during religious holidays. They are currently celebrating the Sukkot, which ends on 27 September.

On 8 September, dozens of right-wing Jewish Israelis entered the compound as Israel celebrated the holiday of Rosh Hashanah, the Jewish new year.

Settlers backed by Israeli forces regularly break into al-Aqsa Mosque to tour around the Dome of the Rock, a mosque built in the 7th century by the Umayyad caliphate on Mount Moriah, and perform prayers on the site.

Some right-wing Israeli activists have advocated for the destruction of al-Aqsa mosque compound to make way for a Third Temple.