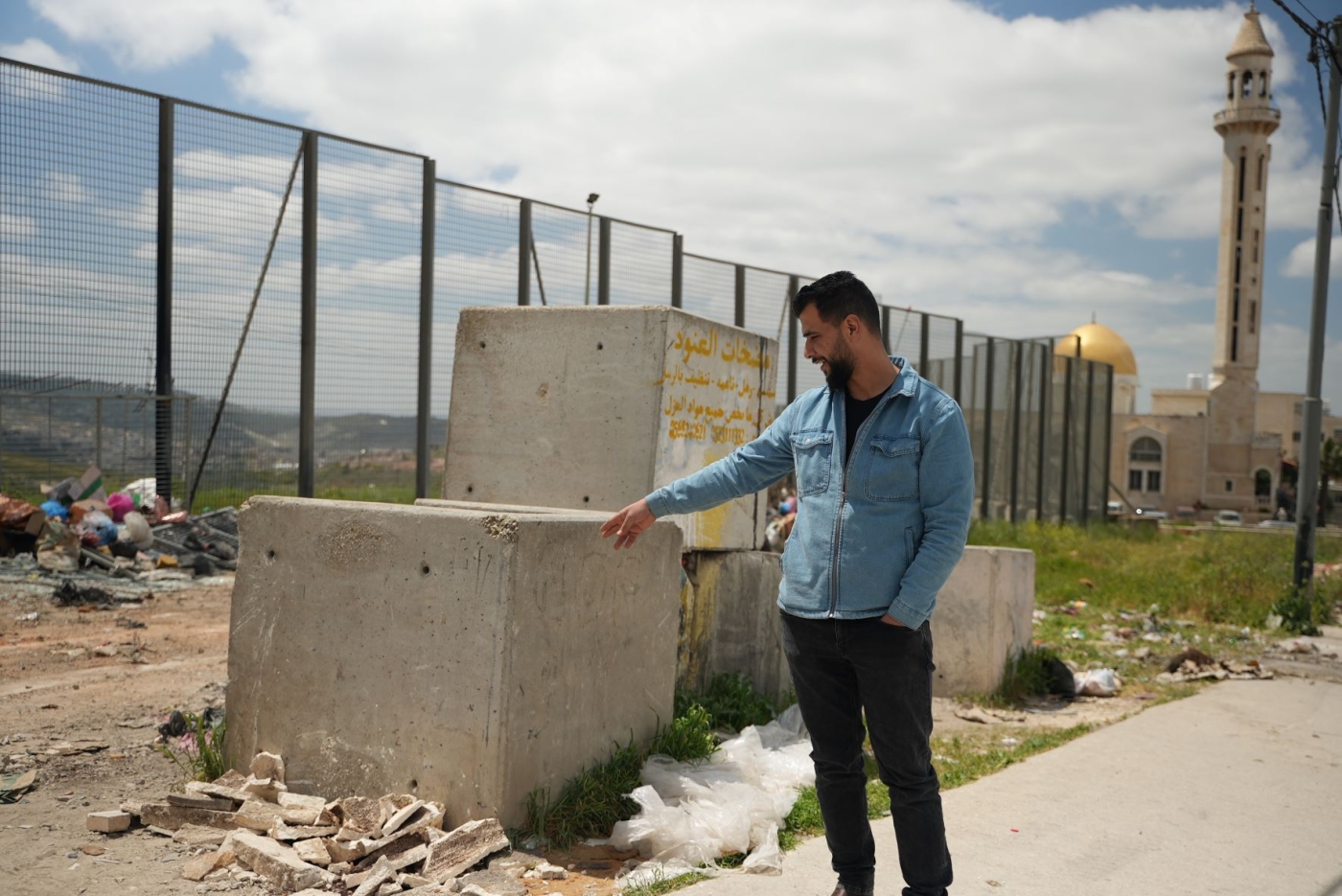 Activist Ali Yousef points to the spot off the main road in Husan where Ghada Sabateen was shot (Akram al-Waara)
By
Akram al-Waara
in
Husan, occupied West Bank

When Mohammed Sabateen said goodbye to his 44-year-old mother, Ghada, he never thought it would be the last time he saw her.

It was a typical Sunday morning. His younger siblings had gone off to school and his mother was going to visit some of her relatives in Bethlehem, a short taxi drive away from their village of Husan in the southern occupied West Bank.

A short while after she left, however, Mohammed and his five siblings got a call saying that their mother had been shot by Israeli army soldiers on the main street of the village.

“I couldn’t believe it. I was shocked. I am still in shock,” Mohammed said. “We never imagined that something like this would happen to us,” he said of his siblings, the youngest of which is 11 years old.

They had come to Palestine from the neighbouring country of Jordan a few years earlier, after the death of their father.

Mohammed pointed out that he and his siblings were now orphans.

“I am only 18. I feel sad about losing my mom in this way, but I feel a responsibility to take care of my younger siblings. They still don’t understand what happened," he said.

Ghada Sabateen was one of four Palestinians killed by Israeli forces in the occupied West Bank on Sunday, including another woman and one 16-year-old.

“The night before she was killed, my mom was sitting with us, we were talking, laughing, enjoying our Ramadan meal. It was a normal day,” Mohammed said.

According to Sabateen’s family, she was walking on a sidewalk next to the main road when a group of three armed Israeli soldiers started yelling at her to stop and move away from the sidewalk.

Israeli forces claimed that Sabateen approached the soldiers, who were posted at a flying checkpoint in the area, in a suspicious manner, causing them to fire “warning shots” into the air. The army later confirmed that she was unarmed.

In a video of the event captured by local news channel Palestine TV, Sabateen can be seen running in the direction of soldiers after the shots were fired in the air, at which point the soldiers shoot her in the leg, causing her to fall down.

“My mom has always been scared of the soldiers and would always warn us to stay away from them,” Mohammed told MEE.

“I wasn’t there, but we think that she got confused and frightened by the soldiers, causing her to run.”

“When they shot the bullets into the air, I believe she was startled. You can see her holding her hands over her ears while she ran."

Mohammed added that his mom was partially blind and suffered from severe vision loss in both eyes.

“On top of being scared and confused, we think that she also couldn’t see properly where she was going,” he said.

Local activist Ali Yousef told MEE that the soldiers should have been able to see that she was empty-handed and posed no threat to them.

“You can see in the video that was taken of the shooting that she's not holding anything in her hands, and we are sure the soldiers saw that as well,” he said.

“She was unarmed, no knife, nothing. But they checked her only after they killed her,” he said. “There were three soldiers versus this one woman. They could have stopped her, caught her, detained her, without shooting her. But they chose the easy way out, to just shoot her.”

Left to bleed out

The soldiers shot Sabateen in her leg, damaging a major artery, which eventually caused her to suffer massive blood loss and killed her, the Palestinian Ministry of Health said.

'I wonder if they had taken her to a hospital right away, maybe she would still be with us now'

But Sabateen’s family and other locals say she was left to bleed on the ground for at least 20 minutes before residents evacuated her in a private vehicle.

“She was lying there bleeding for 20 minutes before they called an ambulance,” Mohammed said. “The army claimed they gave her first aid, but why was an ambulance never called?” he asked.

“They should have taken her right away to a hospital, but they didn’t,” he said, noting that just a few minutes away from Husan is the mega-settlement of Efrat.

“It would only take a few minutes to get an ambulance from Efrat and take her to get urgent care in the settlement," he said. "But they chose to let her bleed on the ground."

According to Mohammed, it was his uncle who eventually evacuated his mother from the scene to a hospital in Bethlehem city.

“I wonder if they had taken her to a hospital right away, maybe she would still be with us now.”

Israeli human rights group B’Tselem condemned the killing of Sabateen in a statement, calling it “horrifying".

The group said that the killing of unarmed Palestinians who pose no threat to anyone “is not exceptional".

“To the contrary: the choice to use lethal force with no justification is not simply a case of misjudgment on part of soldiers on the ground; rather, it is the result of a de-facto policy,” the group said. 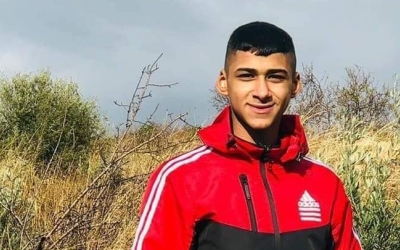 “This is all part of Israel’s policy of extrajudicial executions,” Yousif said, pointing to recent statements from Israeli Prime Minister Naftali Bennet, in which he said that he “has given the soldiers the green light to do what they want in the West Bank”.

“Four Palestinians were killed in one single day,” Yousif continued. “These are not soldiers defending themselves, they are terrorists.”

“They have no right to kill us in this way,” he said.

Yousif said that just one day before Sabateen was killed, Israeli soldiers stationed in the same area allegedly beat up a special needs youth from the village, after he walked close to the area near the checkpoint.

“The army claims they need these checkpoints for security reasons, but in reality, they are the source of all the ‘security’ issues we have,” he said.

“When the soldiers are not here, everything is fine. But when they are, people are killed.” 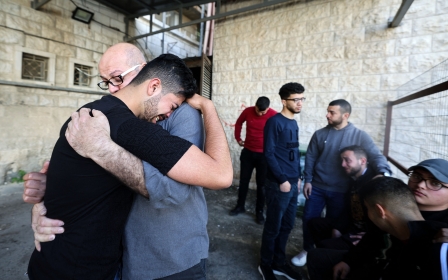 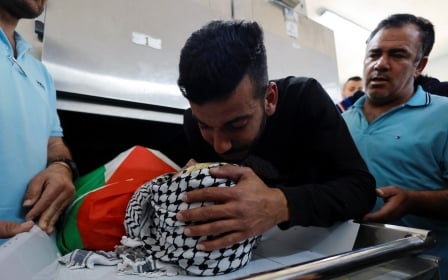 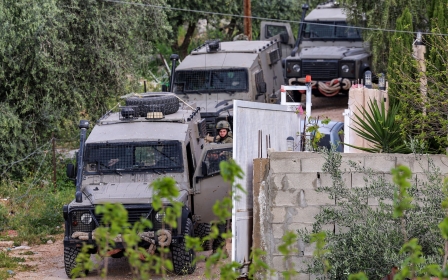