Israel’s High Court authorised on Tuesday the seizure of Palestinian land lying between occupied East Jerusalem and Ramallah in the occupied West Bank, declaring it “state land” and the property of Israel.

Palestinians had petitioned the High Court over the installation of the Israeli settlement outpost of Kokhav Yaakov on 224 dunams (55 acres) of land belonging to the Palestinian village of Kafr Aqab. Israel declared the area to be “state land” in 2013.

The petitioners said that they had been cultivating their lands during the Jordanian rule of the West Bank, which ended when Israel occupied the area following the 1967 war. According to an Ottoman law still implemented under Jordanian rule, they had acquired ownership of the land after cultivating it  regularly for a continuous decade.

But the Israeli High Court dismissed their petition on Tuesday, saying that the law was frozen in 1968 after Israel had occupied the area.

The High Court said that aerial photographs taken between 1969 and 1980 showed that the land had not been cultivated during that period, ruling that land ownership through cultivation expired if the land was left uncultivated for three years.

In this case, the Palestinian petitioners argued that they were not able to solidify their ownership of the land in the aftermath of the 1967 war.

After the court decision on Tuesday, Israel was reportedly planning to legalise two settlement outposts, Nativ Ha'Avot and Sde Boaz, south of Jerusalem, and another 20 settlements in cases similar to Kokhav Yaakov.

While all settlements on occupied lands are deemed illegal under international law, outposts are unauthorised by the Israeli government, although many have been retroactively legalised over the years.

Though Israel does not need a court decision to plan, build and expand settlements in the West Bank, Israeli newspaper Haaretz reported on Tuesday that the government had been waiting for the High Court decision to move ahead with its settlement plans.

"After the High Court removed the restrictions, work should be done for a speedy settlement of Nativ Ha'Avot and Sde Boaz," far-right Israeli MP and former Justice Minister Ayelet Shaked said after the court decision. "We worked hard against this unjustified petition."

Shlomi Zacharia, the Palestinian petitioners' lawyer from human rights organisation Yesh Din, warned that the court’s decision would lead to a massive seizure of Palestinian lands.

“The ruling offers a wide opening for a huge takeover of Palestinian land, and in effect, this is a cancellation of Jordanian regularisation procedures," he said. "The ruling contradicts itself on numerous points and fails to address the huge complexity of the issue, certainly in light of the fact that the area is occupied territory."

Israel had been ramping up its expansion of settlements since its staunch ally US President Donald Trump lost to Joe Biden in November's presidential elections. 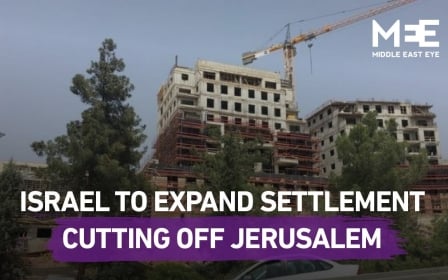 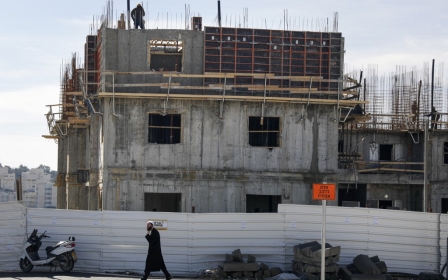