Basel Basbous and Khaled al-Dabbas killed and a third man wounded, after Israeli troops open fire on vehicle near Ramallah Two young Palestinians were shot dead and another was wounded on Monday after Israeli forces opened fire on a vehicle near Ramallah in the occupied West Bank, according to the Palestinian health ministry.

The ministry said it had been informed of the “martyrdom of two citizens, after the occupation [Israel] opened fire on them near Jalazone refugee camp” north of Ramallah.

Local sources identified the young men as Basel Basbous and Khaled al-Dabbas, both from the Jalazone camp. Salama Raafat, from the town of Birzeit, was also in the vehicle and wounded during the shooting.

An eyewitness told Middle East Eye that the Israeli army set up an ambush between two apartment buildings in Dahiyat al-Tabeeh al-Taaleem, close to Jalazone camp, and nearby residents heard the sound of gunfire at 4am.

He said that troops fired live bullets at the vehicle, and the three young men were taken out of the car and left on the ground for half an hour before being removed.

The Israeli army said it had “neutralised” two “suspects”, claiming that they had attempted to carry out a ramming attack against its soldiers. It added that 16 people were arrested during overnight raids across the West Bank.

'Why did they kill him?'

Activist Shadi Safi from Jalazone camp told MEE that the three men were returning from work in Ramallah restaurants when they were targeted by Israeli forces. Safi said the men were not wanted by the army and had no history with security forces.

"Everyone knows Khaled and knows his morals. He used to repeat the extent of his love for his homeland and Al-Aqsa," she added.

'If the Israeli army was a normal army, it would not target innocent young men passing by in their vehicle, and then let them bleed for 35 minutes'

Basbous’s mother said she had been waiting for her son to return from work, before receiving the news that he had been killed.

"Basel was like roses, he was affectionate to me and his sisters, and he was ambitious and striving for a better life," Basbous’s mother told MEE.

"If the Israeli army was a normal army, it would not target innocent young men passing by in their vehicle, and then let them bleed for 35 minutes before transporting them,” said Basbous’s uncle Mohammed.

"We are refugees from a country which Israel expelled us from in 1948, and what we are going through today is a continuation of Israel's crimes against us," he added.

"We live in daily injustice in Jalazone camp and in all of Palestine... However, we are steadfast and we have the right to fight for, defend and restore our land.”

Safi said a state of anger and mourning had filled the refugee camp, where shops were closed and school hours suspended in anticipation of the bodies returning for the funeral. He added that dozens of young men confronted Israeli troops near the entrance to the camp following the killings.

On Saturday, Israeli forces shot dead 18-year-old Fayez Khaled Damdum in occupied East Jerusalem, during an operation in the area.

Israel has entered its holiday season, prompting a surge in raids on Palestinian cities and heightened security measures.

Earlier this week, Israeli troops killed four Palestinians and wounded more than 40 others in a raid on the city of Jenin, in the north of the West Bank.

More than 150 Palestinians have been killed by Israeli fire this year, including 49 in the Gaza Strip and at least 100 in the West Bank and East Jerusalem. The death toll in the West Bank is the highest since 2015. 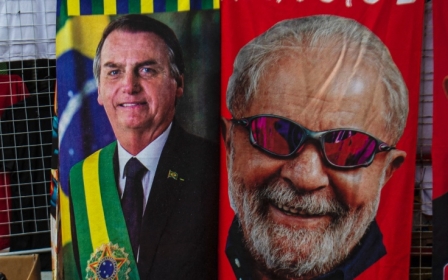 Politics
Brazil elections: What is at stake for Israel and Palestine? 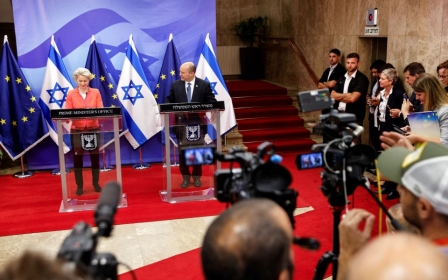