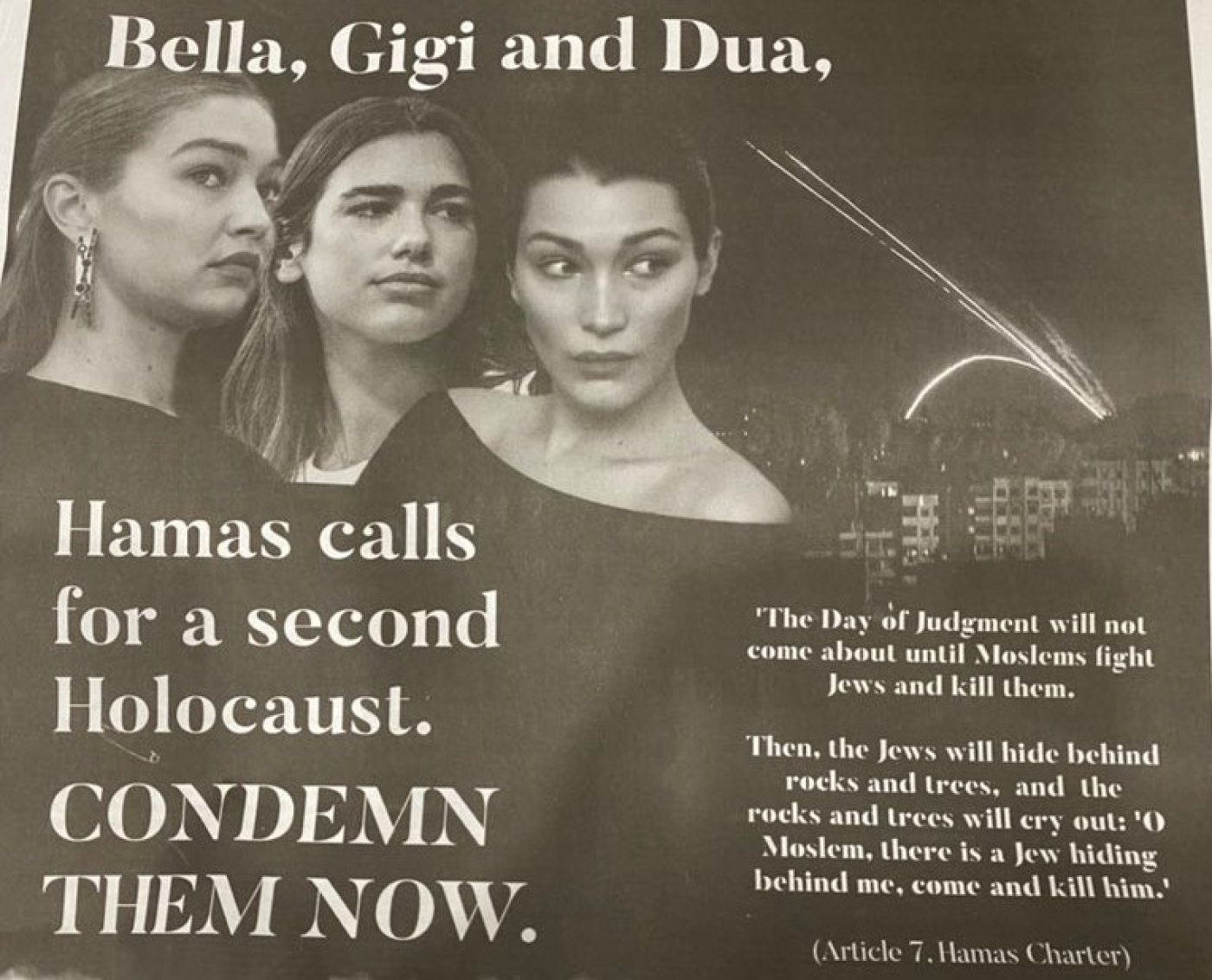 Grammy-winning singer Dua Lipa has hit back at a full-page advert in the New York Times which attacked her, along with models Gigi and Bella Hadid, and appeared to link them with Hamas, after the stars recently made social media posts in solidarity with Palestinians.

A ceasefire came into effect in Israel and the besieged Gaza Strip on Friday, following a devastating escalation in violence in which Israeli air strikes on Gaza killed at least 243 Palestinians, including 66 children. Rockets fired from the besieged Palestinian enclave killed 12 people in Israel. In the occupied West Bank and East Jerusalem, 29 Palestinians were killed.

On Saturday, the Times ran a full-page attack ad directed at Lipa and the Hadid sisters following their pro-Palestinian statements. 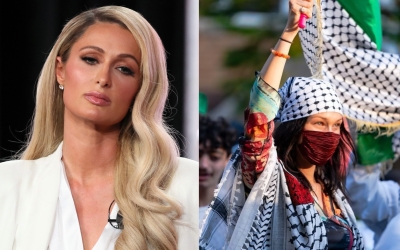 "Bella, Gigi and Dua," the ad states. "Hamas calls for a second Holocaust. CONDEMN THEM NOW."

It superimposed the three A-listers' faces over a picture of a rocket strike from Hamas, and was accompanied by lengthy inflammatory text which attempted to link the three stars with antisemitism, genocide and terrorism.

"Bella, Gigi and Dua should be aware that 6 million Jews were annihilated in the Holocaust just 75 years ago and the Hamas genocidal charter openly calls for the murder of Jews," it stated. "Is the ongoing vilification of Jews and Israel on social media perhaps the reason we see Jews being beaten up in Time Square?"

Another sensationalist section of the ad criticised Bella Hadid for condemning Israeli checkpoints that "were erected after 700 innocent Israeli Jews and Arabs were blown to bits by suicide bombers in buses and cafes".

The Times ad was paid for by The World Values Network, an organisation set up and run by Shmuley Boteach, a controversial right-wing American rabbi with a history of taking out attack ads against figures critical of Israel.

The Hadid family have been among the most vocal high-profile celebrities to speak out, with both Gigi and Bella sharing statements and information about the imminent evictions of Palestinian families in the Sheikh Jarrah neighbourhood of occupied East Jerusalem and of ongoing violence and abuses committed by Israel.

Bella Hadid was falsely accused by Israel's official Twitter account of advocating for Jews to be thrown in the sea, after she joined in with the pro-Palestinian chant "From the river to the sea, Palestine will be free" during a protest in Brooklyn last weekend.

Earlier this month, Lipa - who is the girlfriend of Bella and Gigi's brother Anwar - wrote on Instagram: "The ethnic cleansing of the Palestinian people must come to an end. NO MORE!! This is a human rights issue!!!! WAKE UP PEOPLE."

The British singer strongly condemned the New York Times ad in a statement posted to social media. "I utterly reject the false and appalling allegations that were published today," she said on Saturday.

"This is the price you pay for defending Palestinian human rights against an Israeli government whose actions in Palestine both Human Rights Watch and the Israeli human rights group B'Tselem accuse of persecution and discrimination.

"The World Values Network are shamelessly using my name to advance their ugly campaign with falsehoods and blatant misrepresentations of who I am and what I stand for. I stand in solidarity with all oppressed people and reject all forms of racism."

The attack ad has been roundly criticised by social media users and journalists, who saw it as an attempt to silence prominent pro-Palestinian voices.

This is what happens when you advocate for Palestinian human rights. This is the silencing mechanism that has worked so well for so long. This is tyranny. These are the stakes. https://t.co/Ihvizmlav4

"They are rattled and they are going to try and smear anyone vocal about Palestinian liberation and human rights harder than ever," tweeted Palestinian writer Jennine Khalik. "It will never work. Stay rattled losers."

The British star was praised for taking a strong stand and condemning the advert. Prominent Palestinian-American organiser Linda Sarsour reposted Lipa's statement with the word "Queen," while human rights activist Abier Khatib said the singer was "doing her bit to break the chain".

"People who support Israeli apartheid have relied on smearing and intimidating those who speak up for years," wrote Palestinian-American analyst Yousef Munayyer.

"But the truth is, once people start standing up to them the fear barrier starts breaking and transformational changes become possible."

Several commentators directed their criticism towards the Times for running the ad in the first place.

"This is Islamophobic, racist bullying," said Pakistani writer Fatima Bhutto. "NY Times, you took money to run this harassment campaign against three young women? It's defamatory and I read it as a threat."

"How did this ad even get approved?" asked journalist Sahar Habib Ghazi. "It clearly doesn't meet their own ad acceptability principles which includes keeping out 'ads that advance baseless claims and/or conspiracies'.

"What do Gigi Hadid, Bella Hadid and Dua Lipa have to do with Hamas? Nothing."

Several users have called on the global stars to sue for defamation.

It is insanely Islamophobic to conflate Bella, Gigi and Dua’s support of Palestinians with Hamas. This could very well threaten their safety. I hope each one of them files a lawsuit and forces a retraction. https://t.co/xxuJkF1wVF

Academic and Middle East Eye columnist Marc Owen Jones tweeted that he cancelled his Times subscription following the incident, condemning the newspaper over "attacking people for speaking out against human rights abuses".

Boteach defended his ad on Twitter, stating that he "couldn’t be more proud of it".

"It seems Dua can dish out the antisemitic hatred, but freaks out when called out for her bias and bigotry," he wrote.

The rabbi posted a link to a donation page earlier this week to raise funds for the attack ads. The effort garnered just under $5,000 in donations. However, the full-page ad will have cost significantly more.

In 2018, following the decision by singer Lorde to cancel a concert in Tel Aviv, the organisation took out a full-page Washington Post ad in which the New Zealand singer's face was superimposed over a picture of men running through rubble cradling babies.

"Lorde joined a global antisemitic boycott of Israel but will perform in Russia, despite Putin's support for Assad's genocide in Syria," the ad stated. "21 is young to be a bigot." 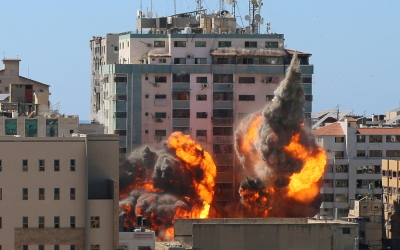 Boteach took similar action against Israeli-American actress Natalie Portman, running a full-page ad in the Times after she refused an award from Israel over disagreements with the government's policies.

World Values Network has repeatedly targeted US politicians too.

In 2015, Boteach took out a full-page ad accusing then-national security adviser Susan Rice of turning a blind eye to genocide, placing her picture next to skulls, after she called a speech by Israeli Prime Minister Benjamin Netanyahu "destructive". The ad was condemned by several Jewish organisations, forcing Boteach to apologise.

Later that year, a similar full-page Times ad from the rabbi accused then-secretary of state John Kerry of appearing to "justify the spilling of Jewish blood" after he said that an increase in violence in Israel-Palestine was partly due to growing frustrations over the expansion in illegal Israeli settlements in the occupied West Bank.

Two years ago, the World Values Network ran an inflammatory full-page ad in the Washington Post against Representative Ilhan Omar, accusing her of antisemitism.

This is a dishonest & dangerous assault on ⁦@RashidaTlaib⁩ by far-right Shmuley Boteach. He funnels dark money into attack ads like this that distort the truth & put people’s lives at risk. It’s not an ad, it’s incitement. Shame on @nytimes for running it. #handsoffRashida. pic.twitter.com/h7yS4HQqyc

Another full-page ad in the Times accused Representative Alexandria Ocasio-Cortez of "desecrating the Holocaust" because she described the Trump administration's border detention facilities as concentration camps.

While Boteach has regularly taken out adverts linking those critical of Israeli policies with antisemitism, he has defended far-right news site Breitbart and its former executive director, Steve Bannon, despite repeated accusations of antisemitism and white supremacy.

The rabbi wrote an open letter criticising the chief executive of Jewish NGO The Anti-Defamation League (ADL), Jonathan Greenblatt, after he condemned the appointment of Bannon as a senior adviser to then-president Donald Trump.

Greenblatt described it as "a sad day when a man who presided over the premier website of the 'alt-right' - a loose-knit group of white nationalists and unabashed antisemites and racists - is slated to be a senior staff member in the 'people's house'."

Boteach rejected the claims of antisemitism against Bannon, and said that Breitbart should be supported over its pro-Israel stance, and its rejection of the boycott, divestment and sanctions movement. 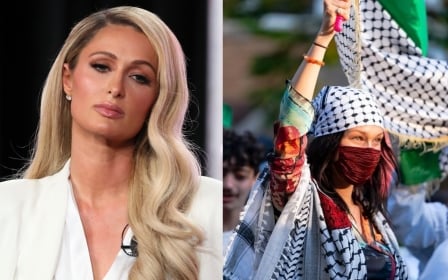 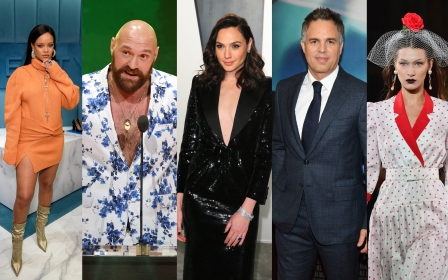 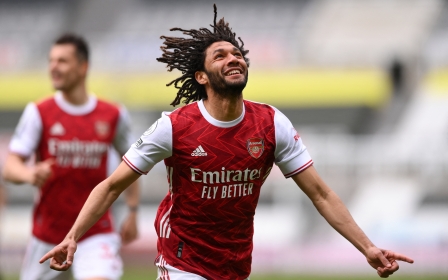