Jeenan Mefleh thought nothing could hurt more than hearing her son had been killed. Then she saw the video of him being shot lying on the ground 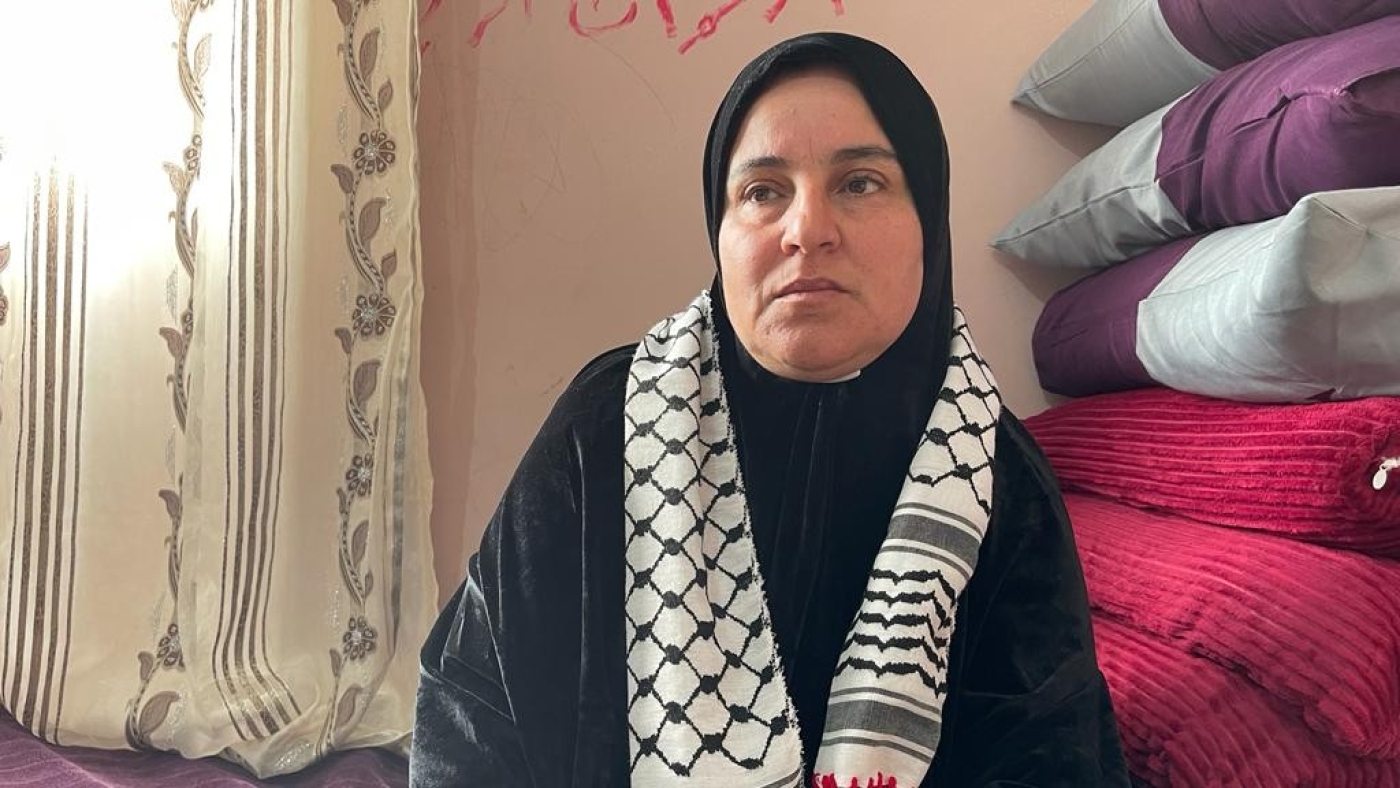 Ammar Mefleh was spending Friday afternoon enjoying the company of his aunts and uncles, who had come to spend the day at his family home in Osarin, a village southeast of Nablus in the occupied West Bank.

At around 3:30pm, the 22-year-old’s father asked him to go to the pharmacy in the nearby town of Huwwara to pick up some medication.

As he walked out the door, his mother, Jeenan, called out to him. Ammar’s brother Samir, a political prisoner in Israel, was on the phone and wanted to speak to him.

"He told me he was in a rush to get the medicine for his father and said he would talk to his brother later when he got back," Jeenan, 44, told Middle East Eye from the corner of a bedroom in the house, where six other women silently watched her speak.

As Ammar stepped out the door, he asked Jeenan if she wanted anything while he was out. "I said no, just don't take long." Jeenan did not know those were the last words she would ever speak to her son.

About two hours after he left, Jeenan got a call saying Israeli forces had wounded him. "I was worried to hear he had been hurt, but I didn't think they killed him."

Jeenan said Mefleh had a long history of being “punished” for resisting the Israeli occupation. At just 13, he was arrested by the army and sent to prison for two and a half years. He had been shot four times by Israeli forces during various protests.

"This was the fifth phone call I got saying Israeli soldiers shot him. It didn't cross my mind that he might have been martyred until my brother came to tell me the soldiers had killed him,” she said.

“After I got the news, I felt like everything was spinning. I don't remember what happened afterwards. I couldn't hear anything anyone was saying," she told MEE, still in a daze, looking nowhere in particular.

This has been one of the bloodiest years for Palestinians since the Second Intifada. Near-daily Israeli raids have killed at least 208 Palestinians across the West Bank, East Jerusalem and Gaza. Meanwhile, 29 Israelis have been killed by Palestinians in the same period, the highest number since 2008.

But Mefleh’s killing has particularly struck a chord. Footage of an Israeli border policeman shooting him four times at point-blank range during a tussle has gone viral on social media. The first two shots sent the 22-year-old to the ground, and the second two were fired after he was seen lying on the ground, clearly incapacitated.

The video has sparked an outcry among Palestinians who have described his death as an "execution".

An Israeli soldier killed a Palestinian man at point-blank range during a scuffle in the occupied West Bank town of Huwwara.

The Israeli police said the shooting was in response to a stabbing attack, but a Palestinian eyewitness denied this turn of events. pic.twitter.com/N8TTLVHoR0

Nader Hashim Fidah, 49, a farmer from Ainabus village, witnessed the killing as he drove home from a wedding.

The road he was travelling down, a main route through Huwwara used by Palestinians and Israeli settlers, was at a standstill. Fidah said a settler had stopped in the middle of the road, piling up traffic. The settler was locked in conversation with Mefleh at the side of the road, Fidah recalled.

Huwwara has been the scene of some of the worst settler attacks in the West Bank in recent weeks. Despite this, no one realised the situation was going wrong, Fidah said. "People were honking behind us for the car to stop blocking traffic. Everyone was shocked when they heard a gun go off."

The settler, an off-duty member of the Israeli border police, had shot at Ammar, grazing the side of his face. Fidah saw him fall to the ground with blood on his face.

"Then we saw an Israeli soldier come running to Ammar, yelling at him in Hebrew and aggressively trying to arrest him, at which point Ammar stood up and tried to push him away," Fidah said.

According to Israeli officials, Ammar attempted to enter the settler's car and attacked another border police officer, who had been in a patrol car with another officer nearby, with a knife. Then the officer in the widely circulated video tried to arrest him.

The Israeli police have released photos of an officer with a deep wound above his right eye and the kitchen knife they allege Mefleh used to attack him.

"The Israelis said he had a knife. I didn't see any knife. There was nothing in his hands. Not when he was talking to the settler in the car or fighting the soldier," said Fidah.

Ammar's mother told MEE that seeing the video hurt more than hearing about him being killed.

"My heart broke when I saw that video." She’s always had a special bond with her son. “He's always told me not to worry, that he will handle it,” she said.

According to both Fidah and Israeli media, medics from a Palestinian ambulance, which arrived minutes after the shooting, were prevented by Israeli security forces from administering aid.

"After the soldier shot him, the settler got out of his car and pointed his gun at us so we couldn’t come and help the martyr," said Fidah.

Mefleh was left bleeding out for at least 30 minutes before the Israeli police took his body, which has still not been returned to the family.

5\ Ammar was still alive after the IDF soldier shot him 4 times. But Israeli troops prevented any Palestinians from providing him with any form of aid or assistance.

They deliberately held him until he bled to death, doubling down on the intent to kill!pic.twitter.com/Z4VZ9HJGe8

Mefleh’s brother Samir has been in Israeli prison for almost two and a half years and is due to be released in January. Building up the strength to tell Samir that Mefleh had been killed was nearly impossible for his family and friends in prison.

"Ammar has been the one helping me get ready for Samir's release, organising the celebrations and food and reminding me not to worry," their mother said.

"He hasn't seen Ammar since he was arrested. Samir still isn't sure how he will be able to come home and not see his brother."

"You protected yourself and the people there. Every terrorist will know that if he wants to steal a weapon and kill a fighter - this is how the fighters operate," the far-right politician said.

Israel's police commissioner, Kobi Shabtai, similarly praised the soldier, saying: "He acted professionally as expected of any soldier or officer."

Israel's "shoot-to-kill" policy against Palestinians who do not pose an imminent threat to the lives of the soldiers who killed them has been widely criticised by human rights groups.

Jeenan was unsurprised at the reaction of Israeli officials: "I wouldn't expect any less. We don't have human rights here.

"Their delight at the execution of my son is one small attack on us as Palestinians in the grand scheme of their occupation. It makes me sad the world does nothing.” 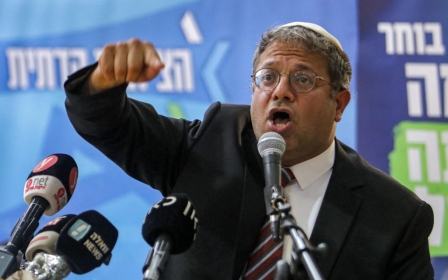 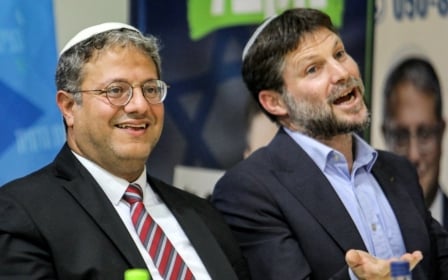 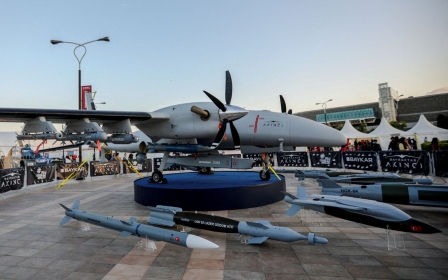