Head of the Palestinian Prisoners' Club says Khalil Awawdeh, on hunger strike for more than 150 days, could 'die at any moment' 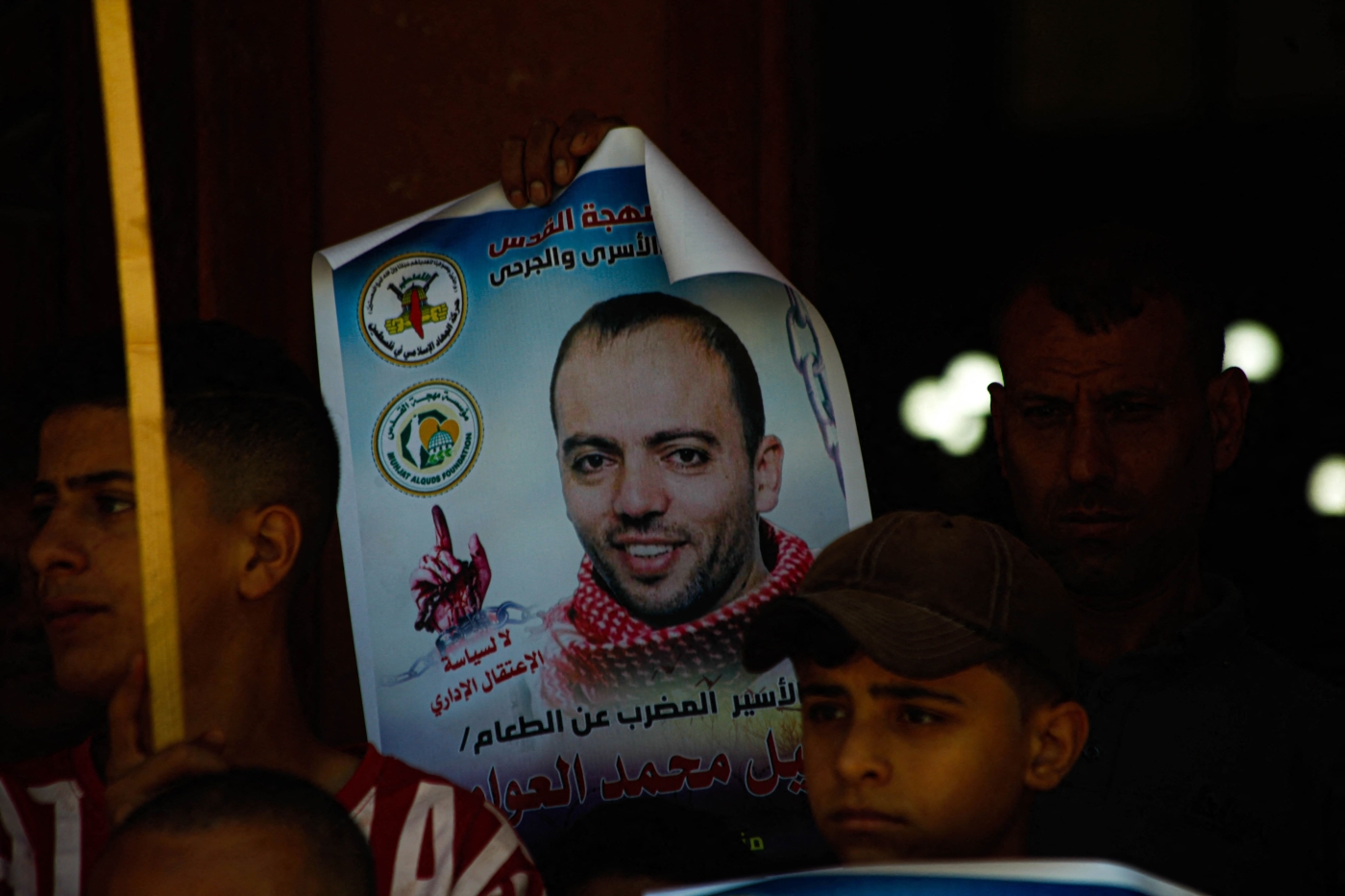 A picture of hunger striker Khalil Awawdeh is held aloft during a protest in Gaza City against Israel's policy of administrative detention, on 10 June 2022 (Reuters)

Palestinian prisoner Khalil Awawdeh, on hunger strike for more than 150 days in protest at his administrative detention without charge or trial, was transferred to an Israeli clinic on Thursday, following a deterioration in his health.

According to the Palestinian Prisoners' Club, Awawdeh was transferred by Israeli authorities to the Shamir Medical Center, southeast of Tel Aviv, over fears he could suffer permanent neurological damage.

The head of the group, Qadura Fares, said he "could die at any moment".

On Sunday evening, the Palestinian Islamic Jihad (PIJ) chief, Ziyad Al-Nakhalah, said during a news conference that Israel had accepted the release of Awawdeh as part of the ceasefire agreement brokered by Egypt following Israel's offensive against Gaza over the weekend, which killed 48 Palestinians, including 17 children.

Israeli officials denied the claims at the time and said they had also not agreed to release Bassam al-Saadi, a senior PIJ figure in the occupied West Bank.

Earlier on Thursday, Doctors Without Borders confirmed that the health of Awawdeh, 40, had seriously deteriorated through a report it submitted to Israel's Military Court of Appeal, according to news website Arab48.

Awadeh's lawyer, Ahlam Haddad, said his client, who was detained in December 2021, has recently began using a wheelchair and was showing signs of memory loss and speech difficulties, Ynet news said.

A father of four, Awadeh is from the occupied West Bank village of Idna, near Hebron. He studied economics at Al-Quds Open University but has not graduated. 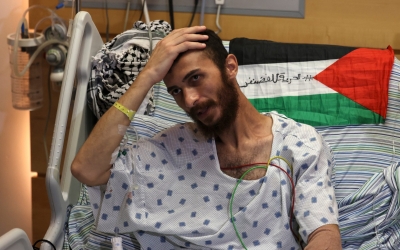 The Palestinian Prisoners' Club, which represents former and current inmates, said Awadeh faces "the danger of death due to his difficult health condition which worsens with the passage of time". It added that dozens of other prisoners had gone on hunger strike in solidarity with his plight.

The club said Awawdeh halted his strike two months ago, when he allegedly received a promise of a release, but resumed it allegedly having suspected be was being lied to.

Awadeh's wife, Dalal, told Ynet her husband had spent a total of six years in administrative detention and she has been allowed to visit him only once.

There are 4,450 Palestinian prisoners in Israeli jails, 560 of them serving administrative detention.

Many Palestinian prisoners have resorted to hunger strikes to protest against the policy in the past and force their release. 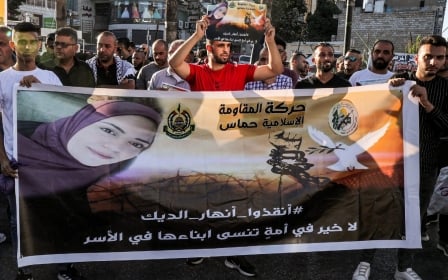 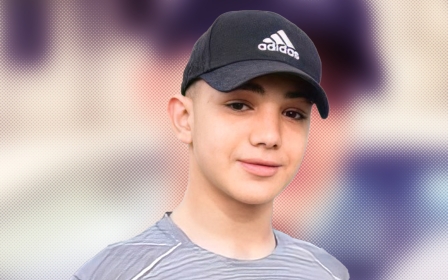