Struck by five bullets, the boy was killed at the entrance of Beit Ummar, after Israeli soldiers opened fire on his family car 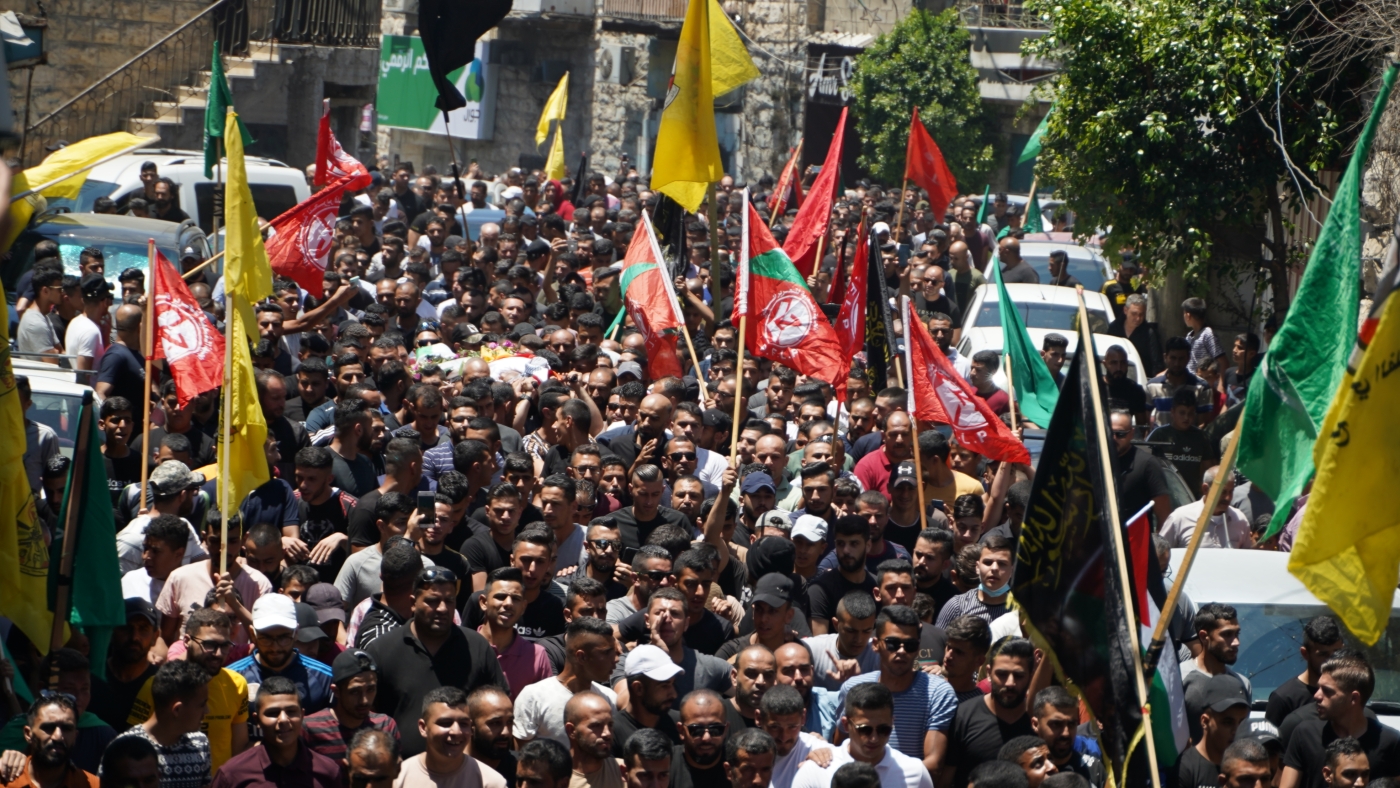 Crowds gather in Beit Ummar to carry the body of Mohammed al-Alami through the town (MEE/Akram al-Waara)
By
Akram al-Waara
in
Beit Ummar, occupied West Bank

It was almost lunch time, and Moayyad al-Alami and his three children were making their way home from the grocery store when they stumbled on a group of Israeli soldiers at the entrance to their town, Beit Ummar, in the south of the occupied West Bank.

As the entrance to the street where the family lived was only 50 metres from a permanent Israeli military base, they were accustomed to seeing soldiers in the area.

As Moayyad approached the entrance to his family's block, his oldest son Mohammed, 12, begged his dad to go to the corner store to buy some sweets before they went home for lunch. Moayyad happily obliged, and began turning the car around.

Moments after he put the car into reverse, all he heard was shouting and consecutive shots being fired.

"I saw it happen right in front of me," Ashraf al-Alami, Moayyad's brother and Mohammed’s uncle, who was standing at the entrance near the family’s home at the time, told Middle East Eye.

"The soldiers didn’t shoot in the air or give any warning shots, they completely sprayed the car with bullets," he said.

As Moayyad checked in on his three kids in the back of the van, he quickly realised that Mohammed wasn’t speaking. That’s when his eight-year old daughter Anan pointed to the blood pouring from her brother’s body.

"We ran after the car and found Moayyad on the ground yelling, 'They shot him, they shot him!'" Ashraf said, adding that his brother was completely beside himself, and could barely stand up.

When Ashraf and other bystanders opened the back door to the van, he couldn't believe his eyes. "I saw Mohammed lying there covered in blood, in the arms of his sister Anan, and his younger brother Ahmed, who is five-years old, was curled up on the floor of the car crying," he said. "I can't describe it, it was the most horrifying thing I've ever seen."

'They sprayed the car with bullets'

By the time Mohammed’s family rushed him to hospital in Hebron city, around 13km south of the town, the boy did not have a pulse.

"The doctors and nurses in the emergency room performed CPR on him for six minutes before they were able to get a pulse on him," Ashraf told MEE, adding that doctors then took him into surgery for almost four hours.

By the time the doctors were able to stop the bleeding, Mohammed's condition was critical. Just a short while after he was transferred from the operating room to the ICU, he died of his wounds.

'He wasn't just shot with one or two bullets. Five bullets! He was just a child'

According to the family, Mohammed was injured with five bullet wounds in his abdomen and chest.

"He wasn't just shot with one or two bullets. Five bullets!" Ashraf exclaimed in anguish. "He was just a child."

According to Israeli media reports, the army claimed in a statement that they fired on the al-Alami family’s car because they believed it to be the same as one from which they had seen the remains of a newborn baby being discarded earlier that morning in Beit Ummar’s cemetery, which sits right next to the military base.

The people of Beit Ummar, including the municipality and the al-Alami family, rejected those claims, saying that the Israeli army was misrepresenting the events of the morning.

Beit Ummar's mayor accused Israeli troops of storming the local cemetery and digging up a newborn's grave hours after the baby was buried by her family. Several of the town's residents told MEE a similar story.

"The army claims that they were trying to stop my brother's car for some reason," Ashraf said. "But there are a million other ways to stop a car than spraying it with bullets."

"It's a miracle that my brother and his two other kids were not harmed," he said. "They all should have been killed by those bullets, but by the grace of God, they were saved."

Following afternoon prayers at around 1pm, thousands of people from Beit Ummar set off from the town's mosque in a funeral procession towards the cemetery. As the crowds approached the cemetery, they suddenly came under attack by Israeli soldiers stationed in the area.

"The people had barely arrived at the cemetery and out of nowhere the soldiers started firing at us from all directions," Waleed Wahdein, a resident of Beit Ummar and volunteer medic with the Palestinian Red Crescent Society, told MEE. "People started running and screaming everywhere," Wahdein said, adding that there were many children in the procession who got caught in the tear gas. "We treated dozens of people for tear gas inhalation. Everywhere I looked people were choking and suffocating."

"There is no reason to fire on a funeral procession. It is very upsetting. It is the most basic right, to be able to bury your dead. But the soldiers were so aggressive, they didn't even let Mohammed's family bury him in peace."

Back in the mourning tent in the centre of the village, where many of the funeral goers fled after they were attacked by the soldiers, Moayyad cried out amongst the crowd.

"I could not even bury my son, in the last moments I had with him," he screamed, tears streaming down his face. "They took him from me, and even in these last moments, they don't want to leave us in peace."

"All I want to do is bury my son. That is my most basic right, is it not? They shot at us, during a funeral. Can Mohammed not even be in peace in his grave?"

'The world can see what is happening'

Mohammed al-Alami was the third Palestinian child to be killed by Israeli forces in the occupied West Bank in the past week.

Last Friday, Israeli soldiers shot and killed Mohammed Munir al-Tamimi, 17, during protests in the village of Nabi Saleh, outside Ramallah. Just a few days later, on Monday, Yousef Nawaf Mhareb, 17, from the Ramallah-area village of Abwein, succumbed to wounds sustained by Israeli fire during protests in May.

"This is a tragedy not only for Beit Ummar, but for all of Palestine," Ibrahim Abu Ayyash, a local activist in the town, told MEE.

"What happened to Mohammed is not just happening in Beit Ummar, but is happening all over Palestine," Abu Ayyash said, adding that there are more than 180 Palesitnians in Beit Ummar who have been killed by Israel since the state was established - many of whom were killed at the entrance to the village where the military base is located, and where Mohammed was shot.

Abu Ayyash lamented the fact that Palestinian children are killed by Israeli forces on a routine basis in the occupied West Bank and Gaza Strip, but those killings recieve little international attention and lead to no consequences.

"The world is watching as Israel kills our children. They always say that we are the ones responsible for our own deaths, but how can this child be responsible for being killed like this?" he asked.

"The world can see plainly the crimes that Israel is committing, it’s time that they stepped up and did something about it." 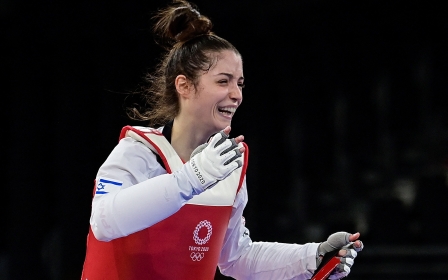