The decision comes as Israeli authorities continue hunt for six Palestinians who escaped Gilboa prison on Monday, with new restrictions being met with riots in several jails 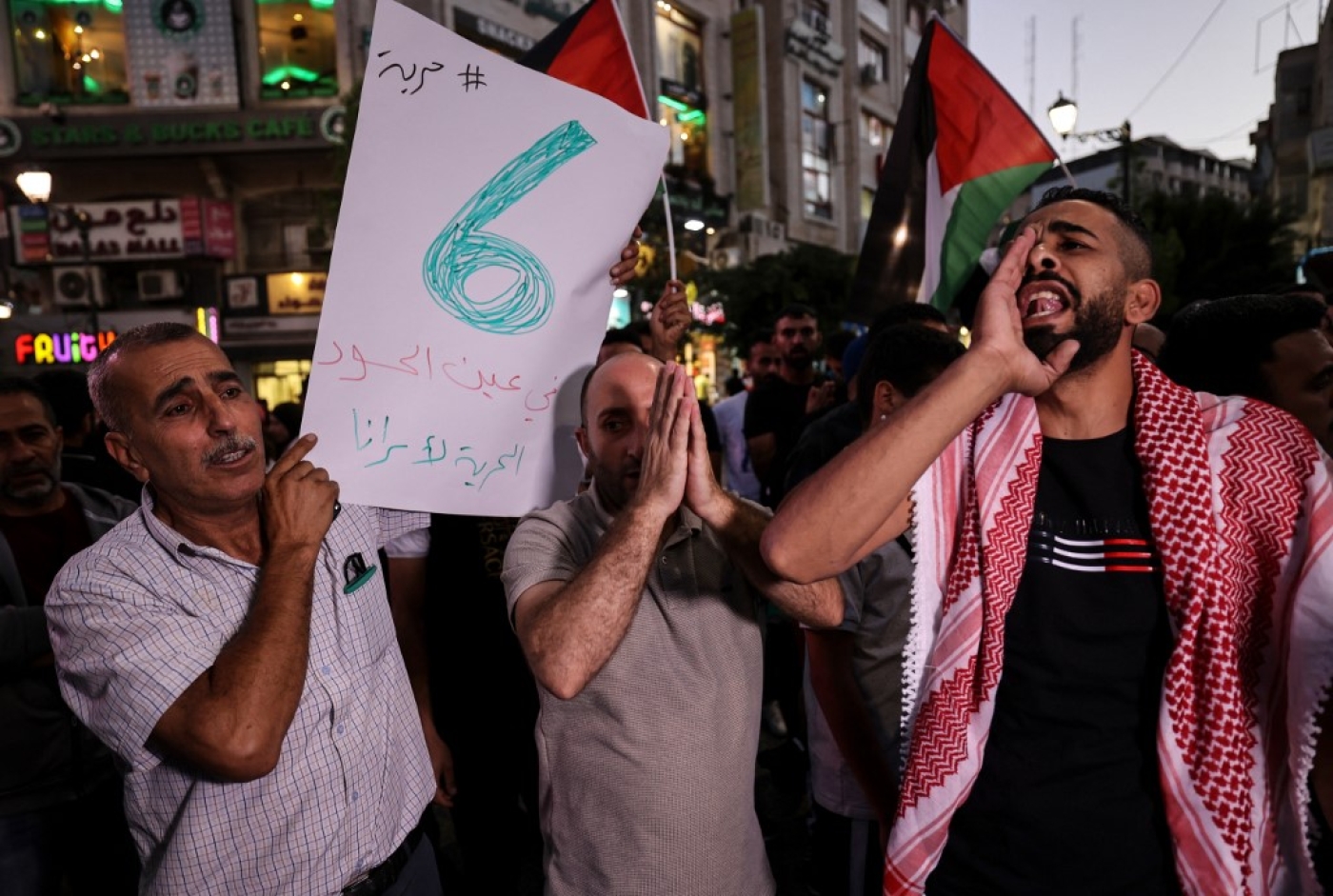 Demonstrators take part in a protest in support of Palestinian prisoners held in Israeli jails, in the occupied West Bank city of Ramallah, 8 September 2021 (AFP)
By
MEE staff

On Wednesday evening, the Palestinian Red Cross told families of Palestinian prisoners that all prison visits in September had been cancelled by the Israel Prison Service (IPS) and that no new visits could be booked.

The decision comes after two days of tension inside Gilboa, Megiddo, Rimon and Katziot prisons in Israel. Palestinian prisoners have protested Israeli procedures to isolate and transfer some of them to other prisons following the Gilboa jailbreak, which has been described as "a major security and intelligence failure" by Israel's police apparatus. Palestinian prisoners inside Katziot prison in the Negev desert set seven cells on fire on Wednesday in response to a raid on the prison's Section Six, carried out by special units and Israeli soldiers deployed from a nearby military base.

The raids are an attempt to disperse prisoners affiliated with the Islamic Jihad movement who are refusing to be transferred from their cells.

Palestinian factions and activists had called for a "day of rage" on Friday to support the prisoners.

Wasel Abu Youssef, a member of the Executive Committee of the Palestine Liberation Organisation (PLO), said that Palestinian factions reject the Israeli "policy of harassment and Israeli violations against [the prisoners.]"

On Wednesday evening, there were confrontations between Israeli forces and Palestinians in several towns in the West Bank after news emerged of tension inside Israeli prisons. Some social media posts by prisoners from inside the jail warned that Katziot prison was "burning".

Local media reported that Palestinians had fired at Israeli forces near Beit El settlement, north of Ramallah, on Wednesday evening.

Meanwhile, Palestinian protests erupted in al-Aroub and al-Fawar refugee camps, and Dora town in Hebron. Palestinian News Agency (Wafa) reported that Israeli forces got onto the rooves of Palestinian houses in these areas and shot stun grenades and tear gas at the protestors.

Other protests were seen in al-Khadr town in the city of Bethlehem, while in Jenin, in the northern West Bank, a locally made grenade was thrown at the Israeli checkpoint of al-Jalameh, local media said.

The Palestinian Red Crescent said nearly 100 Palestinians were injured on Wednesday evening in the towns across the Nablus and Hebron governorates and four were injured in clashes in occupied East Jerusalem.

The Israeli army has also announced the extension of its military closure of the West Bank until next Saturday.

The closure was planned to last from Monday to Wednesday during the Jewish holiday of Rosh Hashanah. But following the Gilboa prison break and the tensions in the West Bank, the closure has been extended.

Some Israeli analysts believe that the situation in the West Bank and in Israeli prisons could lead to another round of widespread protests and clashes in occupied East Jerusalem, the West Bank and even Gaza, and that Israeli security officials fear escalation. 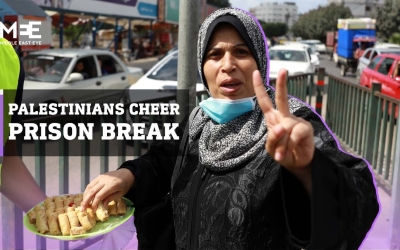 On Monday, six Palestinian prisoners tunnelled out of Gilboa, the most guarded prison in Israel, after they dug a hole from their cell toilet floor to access passages formed during the prison’s construction.

One of them is a former commander of the al-Aqsa Martyrs' Brigades, and the rest are members of al-Quds Brigades, the military wing of the Islamic Jihad movement.

They dug the tunnel over the course of several months, according to an IPS official, and managed to exploit a "structural flaw" in the building.

Their successful escape has been celebrated in Palestine and across the Arab world as a victory over Israeli occupation.