Meanwhile, Israel planned Gaza operation months in advance, officials note international indifference to campaign and politicians look to profit from it ahead of elections A fireball rises from the site of an Israeli airstrike in Khan Yunis in the southern Gaza Strip shortly before a ceasefire, 7 August 2022 (AFP)
By
MEE staff

Israeli officials have denied that they have accepted the release of Islamic Jihad prisoner Khalil Awawdeh, who has been on hunger strike for over 144 days.

On Sunday evening, the Islamic Jihad leader, Ziyad Al-Nakhalah, said during a media conference that Israel had accepted the release of Awawdeh as part of the ceasefire agreement brokered by Egypt.

Israeli officials denied the claims and said they had also not agreed to release senior Islamic Jihad figure Bassam al-Saadi.

"Israel did not agree to the release of either of the two detainees that the Egyptians mentioned. The Egyptians requested, and we will facilitate a dialogue on this matter. They wanted to know about their situation, to see that everything is okay," Haaretz quoted Israeli officials as saying.

"The issue of prisoners and detainees is very sensitive. We will talk about it with the Egyptians. The Egyptians did not say we would release them, we did not commit to releasing them," they added.

However, some Israeli officials said an opportunity had risen to release Awawdeh and Saadi in exchange for the Israeli soldiers that Hamas had captured in recent years.

Israel planned to target senior figures of the Palestinian military faction Islamic Jihad in the occupied West Bank and besieged Gaza Strip months in advance, according to the Israeli newspaper Yedioth Ahronoth.

At least 44 Palestinians were killed, including 15 children, and hundreds were injured during three days of Israeli assaults on the Gaza Strip.

Yedioth Ahronoth reported that the Israeli military campaign was part of a more extensive operation to target Islamic Jihad and destroy its infrastructure, which it attempted to build with assistance from Iran. The paper said Israel's internal intelligence, Shin Bet, had built profiles of Islamic Jihad figures in the Gaza Strip over a period of years.

"The basic structure of the military operation was planned in advance, including the reserve call-up component, which allowed for quick decisions and according to developments," Yedioth Ahronoth reported.

Besides the Shin Bet, military intelligence and army units had collected and updated information on Islamic Jihad figures.

The Israeli analyst Nahum Barnea wrote in Yedioth Ahronoth that the Islamic Jihad had stood alone in front of the Israeli military machine.

However, he wrote that the movement "will pull itself together, despite the Israeli army wishing another scenario in which Hamas leader Yahya Sinwar will dismantle the Islamic Jihad and merge its activists in Hamas. This is unlikely, but it is possible."

Barnea wrote that Israel is also sending a message to Hamas and the Lebanese movement, Hezbollah, to avoid challenging it "militarily".

"There is not much difference in the policies of the Israeli governments towards Gaza. Politics is divide and rule, seeking to separate Gaza and the West Bank... And the Israeli political establishment will not risk eliminating Hamas or, conversely, qualifying it as a partner. They are praying for calm, not for a solution," he wrote.

Israeli authorities have been reassured by the international community's indifference to its military campaign on Gaza.

According to Haaretz, Israel had nothing to fear, and it could only expect a "traditional condemnation" from the international community as France, China and Russia called for a meeting at the UN Security Council over the weekend.

However, according to former Israeli diplomat Alon Pinkas, the UN Security Council has been turned into "a boring body," one that has not dealt with any critical matter since Russia invaded Ukraine in February.

In the face of any strong condemnation, Pinkas wrote, Israel could always rely on the United States to use its veto.

Pinkas wrote that the Israeli political leadership set up 96 hours to act during a military campaign before the world took notice, and it had granted the military a free hand in the first 24 hours.

In the following 48 hours, the diplomat wrote, Israel will start to hear statements warning it of killing civilians while the US grants it support.

"Whether the world's reactions remain limited to a weak denunciation, or if their formulations increase in severity, it is clear that the extent of international interest in Gaza has declined significantly," Pinkas wrote in Haaretz.

"There is no longer a desire in the world to continue dealing with the exchange of strikes between Israel and Islamic Jihad or Hamas, and to allocate time for that and diplomatic intervention."

The ceasefire in the Gaza Strip, which Egypt brokered, is a test of the credibility of Hamas to ensure that the Islamic Jihad keeps its promise to halt firing rockets at Israel.

Yoni Ben-Menachem, a journalist and senior researcher at the Jerusalem Center for Public Affairs, told the Turkish news agency Andalou that "what happened in the Gaza Strip is a security operation that will have political repercussions in the upcoming elections". 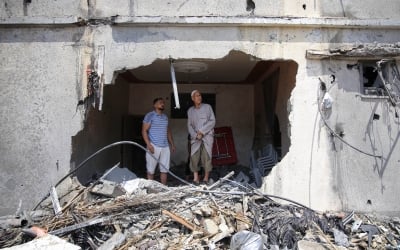 Israel attacks Gaza to divide and conquer, with an eye on a gas field
Read More »

"I think that the operation in the Gaza Strip began after accurate information from Israeli intelligence and military intelligence that Islamic Jihad is planning a major operation on the borders of the Gaza Strip, and since the threat is immediate, this necessitated an operation to stop this plan," Ben-Menachem said.

He added that the outcome of the operations would be used in November's election campaign.

Israeli Prime Minister Yair Lapid and Defence Minister Benny Gantz had been behind the strikes against Islamic Jihad and targets in the Gaza Strip.

Both compete against the opposition leader Benjamin Netanyahu, who is eager to return to power.

"According to the information I hear, [Israeli] Defense Minister Gantz was the one who was leading everything, and on the other hand, Lapid moved more politically," Ben-Menachem said. 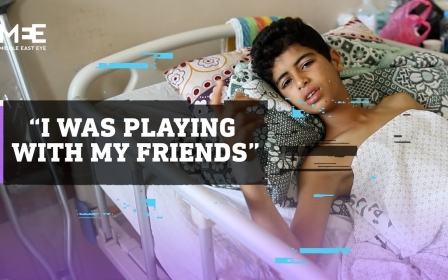