Eyewitness say thugs belonging to La Familia, the fan base of the football club Beitar Jerusalem, were behind the assaults 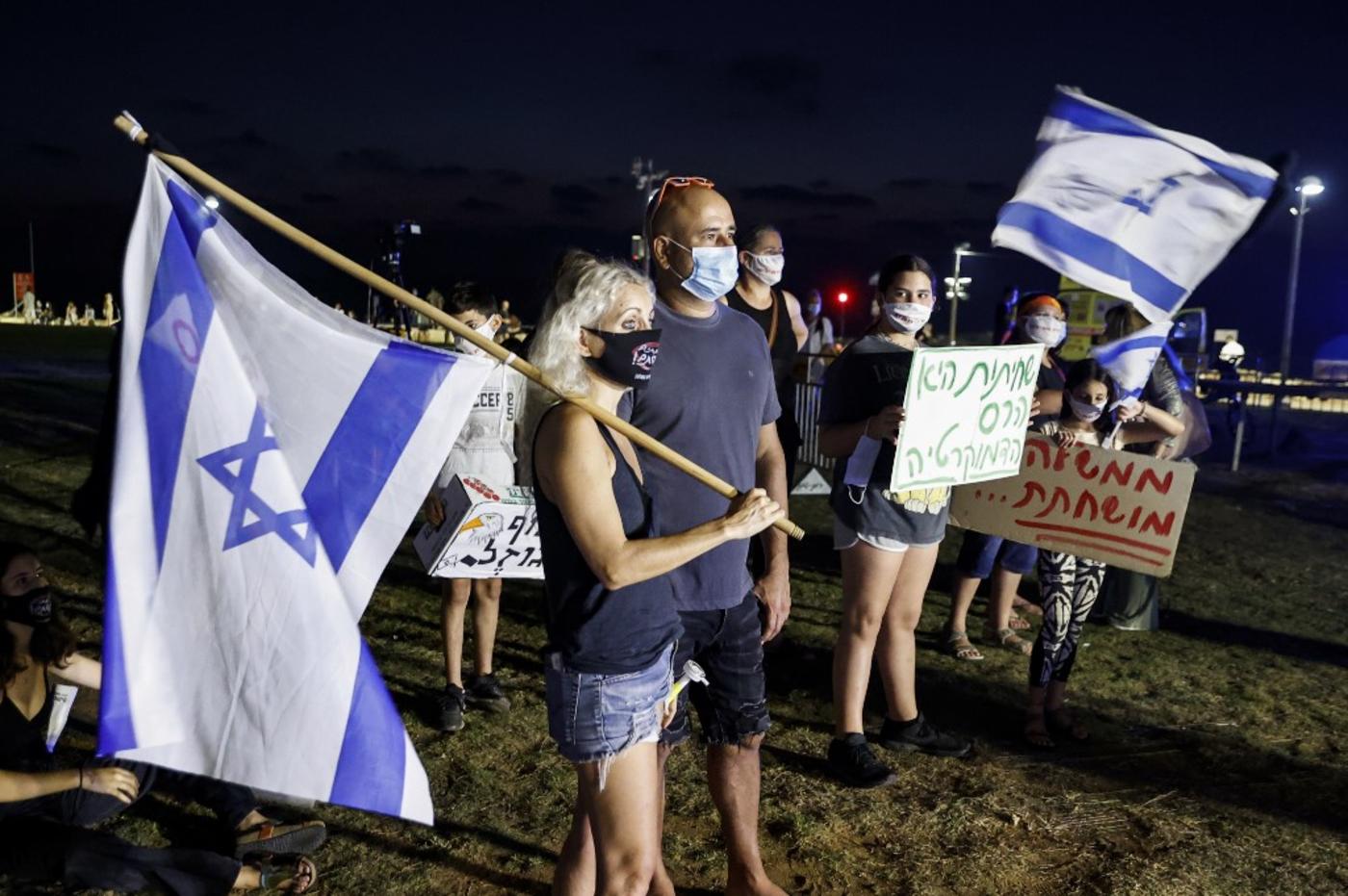 Protesters clad in masks because of the Covid-19 pandemic demonstrate against the Israeli government in Tel Aviv, 25 July (AFP)
By
MEE staff

Protests against Prime Minister Benjamin Netanyahu and his government took a violent turn in Tel Aviv on Tuesday night when demonstrators were attacked by a violent gang, as rancour and anger in Israel over the coronavirus and the economy swells.

Five protesters were wounded and four people were arrested, the police said.

Thousands of Israelis have been protesting in Jerusalem and Tel Aviv since mid-June, demanding Netanyahu's resignation over his alleged corruption and his government's handling of the coronavirus pandemic.

However, with the protests escalating it appears they have become a stage for violent clashes between supporters of Netanyahu and the protesters calling for him to step down.

Around 1,000 protesters took to the streets of Tel Aviv on Tuesday night near the home of Amir Ohana, Israel’s public security minister, protesting at a leaked recording of his plan to quash the demonstrations that emerged on Sunday.

Protesters were attacked by an unknown group, who were dressed in black and carried black flags, wearing hats and masks. The group infiltrated the protesters and started beating them, throwing glass bottles and using pepper spray, according to eyewitnesses.

'Free hatred has eroded and continues to disintegrate the people of Israel, whose true strength is in its unity'

Some eyewitnesses said members of the group belong to La Familia, the fan base of the football club Beitar Jerusalem.

The club has historic political ties to the ruling right-wing Likud party, and the La Familia is known for its abusive behaviour towards opposing players, routinely taunting them with racist and anti-Arab chants.

La Familia-led attacks on protesters would not be the first. On Saturday, the group attacked six demonstrators in Jerusalem, the Times of Israel reported.

Protesters were spat at, kicked, attacked and threatened by La Familia members, who used offensive remarks related to the Holocaust, according to one of the demonstrators.

Though protests against Netanyahu's right-wing governments have been common in liberal Tel Aviv, the scale of demonstrations in conservative Jerusalem mark a significant change in Israel.

Protesters have been gathering on Balfour Road, the official residence of Netanyahu, for weeks, holding up signs accusing him of corruption. The prime minister is on trial over bribery, fraud and breach of trust in three cases. He denies all the charges, labelling the trial a witch hunt.

Commenting on Tuesday night's clashes, Defence Minister Benny Gantz tweeted: "Free hatred has eroded and continues to disintegrate the people of Israel, whose true strength is in its unity."

"The attackers of yesterday's demonstrators must be caught and punished. No one will silence protests in Israel as long as we are here," he added.

Israel initially won praise for its response to the Covid-19 outbreak, but the government has come under criticism amid a resurgence in cases after restrictions were lifted starting in late April.

Meanwhile, the economy has been struggling. Israel's unemployment figures jumped from 3.4 percent in February to 27 percent in April, before falling slightly in May to 23.5 percent. 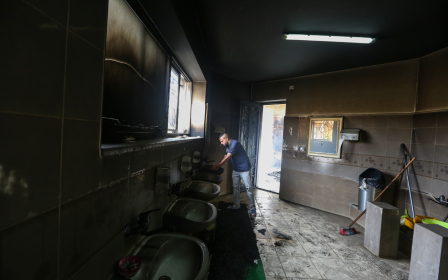 Covid-19
Latest Israel protests keep up the pressure on Netanyahu