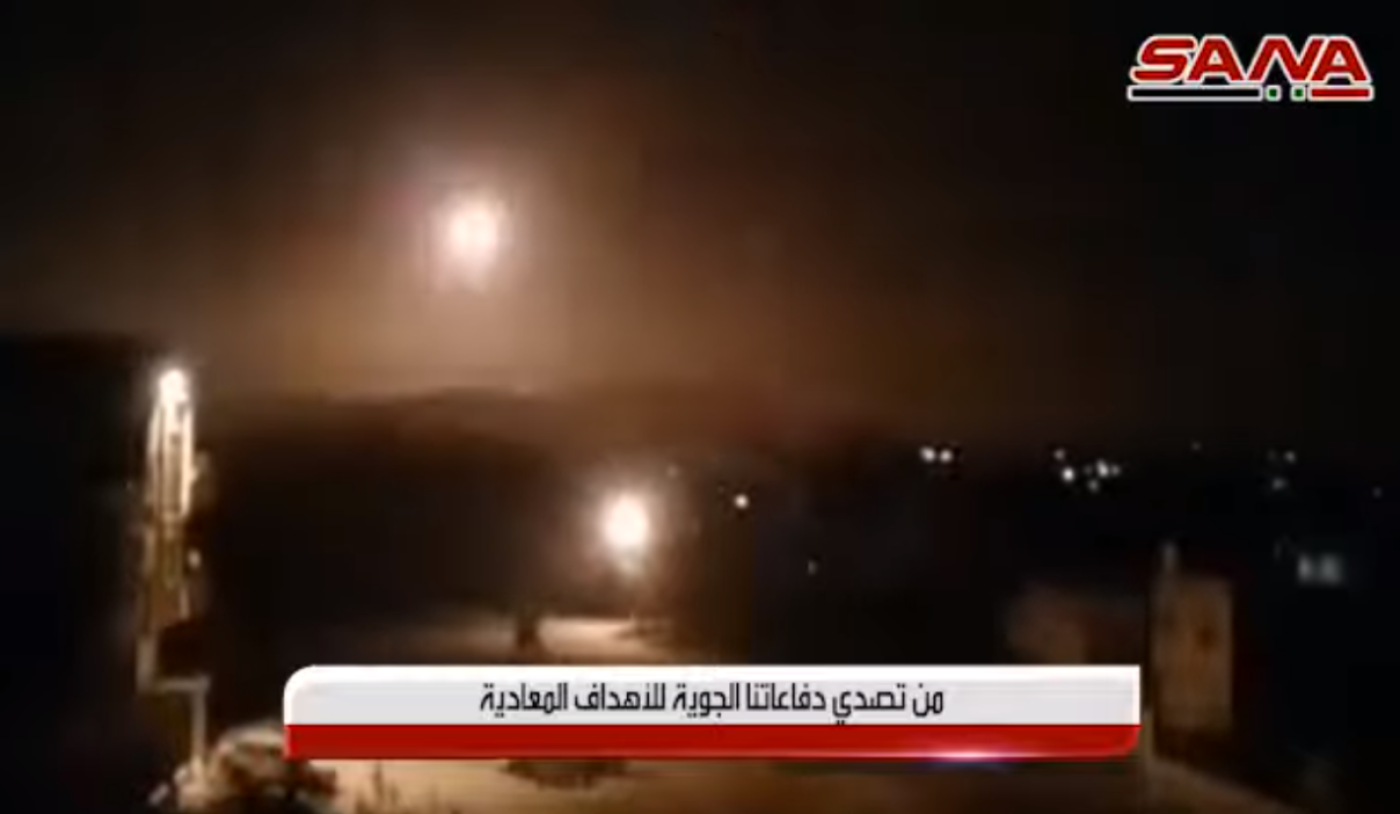 Israel carried out air strikes against multiple targets in southern Syria and near the capital Damascus on Thursday, according to reports by state and opposition sources.

The Britain-based activist group Syrian Observatory for Human Rights reported that the air strikes hit positions of the Syrian army and pro-Iranian militias in the early hours of Thursday, killing 12 fighters.

The state news agency, SANA, quoted a military source as saying that Syrian air defences shot down Israeli missiles that targeted Damascus and the southern cities of Quneitra and Daraa.

The attacks were launched over the Golan Heights and Lebanese air space in two waves, the source said, without citing any fatalities.

The news agency posted YouTube footage for the Syrian army's interception of the missiles.

The Observatory, however, said that seven foreign fighters were killed in the Kiswa area south of Damascus, and five members of an Iranian-backed armed group were killed in in the Ezra area of Daraa province.

Thursday’s attack is the latest in a series of Israeli army bombing of Iranian militia targets in Syria, which Israel says aim to end Iran’s military presence in the war-torn country.

Pro-Iran militias are now present in large areas of eastern and southern Syria, the northwest, and several suburbs around Damascus.

Iran and its allied Lebanese group, Hezbollah, have backed the government of Syrian President Bashar al-Assad in the devastating nine-year war that has killed more than 400,000 people and displaced millions.

Russia joined Assad and his allies in 2015, supplying his army with its S-300 air-defence system after Syrian defence systems shot down a Russian aircraft by mistake during an Israeli raid last September, killing all 15 people on board.

Israel, which views Iran as a strategic enemy, welcomed the US operation that killed senior Iranian commander Qassem Soleimani in Iraq on 3 January.

The Israeli army's annual intelligence assessment viewed the killing of Soleimani as a significant opportunity to accelerate the pace of attacks against Iran and its allies to counter their growing influence in the region.