Day after confirming its first case of virus, Israel bans all flights from South Korea and Japan Israel on Saturday refused to allow about 200 non-Israelis to disembark from a plane that arrived from South Korea as part of measures against the new coronavirus, the Health Ministry said.

It said the plane was made to return to South Korea after the 12 Israeli passengers on board were taken away in ambulances waiting at Tel Aviv to be quarantined, AFP reported.

A day after confirming its first case of the Covid-19 virus, Israel on Saturday banned all flights from both South Korea and Japan. Late on Saturday, South Korea reported 123 more coronavirus cases for a total of 556. A cut in air links with China has been in force since January, and Israel has also refused entry to people who have recently visited or are residents in Hong Kong, Macau, Singapore or Thailand.

Since it emerged in December, the new coronavirus has killed 2,345 people in China, the epicentre of the epidemic, and 17 elsewhere in the world.

Iran has confirmed 10 new cases of the coronavirus, one of whom died on Saturday, the country's Health Ministry said. Spokesman Kianush Jahanpur said the new cases brought the total number of cases in Iran to 28, including five deaths.

Israel confirmed its first case of the virus in one of its nationals who had earlier this week flown home from Japan after being quarantined on the stricken cruise ship Diamond Princess.

Nine South Korean tourists who stayed in Israel last week were diagnosed with Covid-19 on their return home last week, Israel's Health Ministry said on Saturday, but it was unclear where they contracted the virus.

The ministry listed the sites they had visited on its website and asked Israelis who may have come into contact with them to self-quarantine and contact health services. 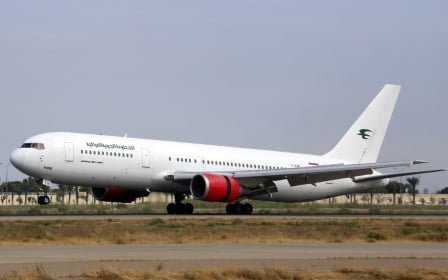