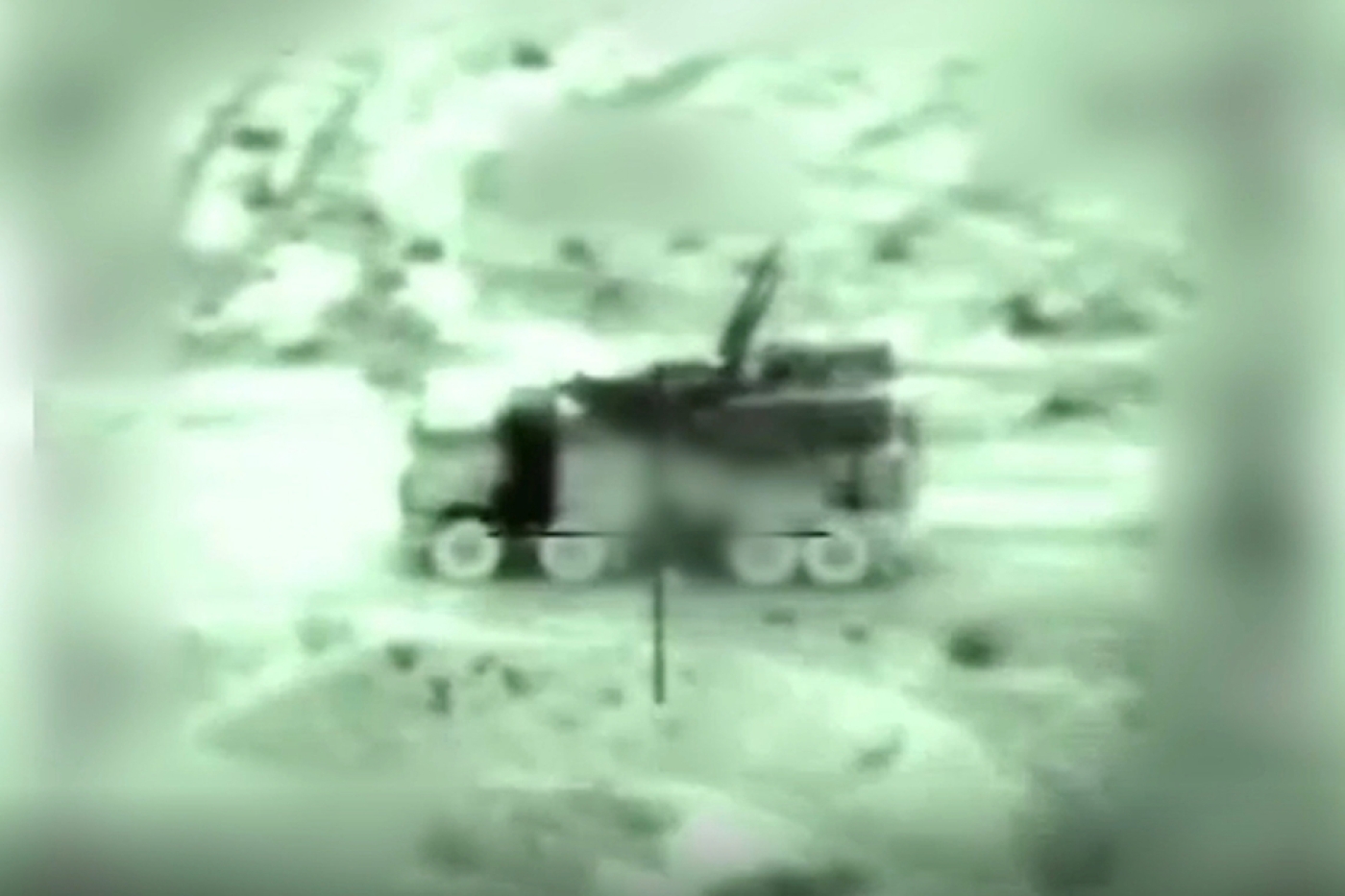 Israeli jets carried out raids on Iranian and Syrian military targets in Syria in the early hours of Monday, its military acknowledged, in a second successive day of attacks.

Israel rarely comments on its operations in Syria, but in a break from the norm it said in a statement that it was "currently striking" the Iranian Quds Force in Syria and warned Syria's military against "attempting to harm Israeli territory or forces".

The military framed the raids as a response to a rocket that Israel's air defence system intercepted over the occupied Golan Heights on Sunday. Shortly before the Golan rocket incident was announced on Sunday, Syrian state media accused Israel of conducting air strikes in the country.

It also said that Syrian air defence systems targeted Israeli jets, and were hit in response.

"During our strike, dozens of Syrian surface-to-air missiles were launched, despite clear warnings to avoid such fire. In response, we also targeted several of the Syrian Armed Forces' aerial defense batteries," the Israeli military said.

During our strike, dozens of Syrian surface-to-air missiles were launched, despite clear warnings to avoid such fire. In response, we also targeted several of the Syrian Armed Forces' aerial defense batteries. pic.twitter.com/rHxJqqpI9n

According to the Syrian Observatory for Human Rights, a UK-based activist group monitoring the war, 11 people were killed in the strikes.

Syrian state media cited a Syrian military source as saying Israel launched an "intense attack through consecutive waves of guided missiles", but that Syrian air defences destroyed most of the "hostile targets".

Witnesses in Damascus said loud explosions rang out in the night sky for nearly an hour.

On Monday morning, Iranian airforce chief Brigadier General Aziz Nasirzadeh talked up the desire of the military to confront Israel.

"The young people in the air force are fully ready and impatient to confront the Zionist regime and eliminate it from the Earth," he was quoted as saying by the Young Journalist Club, a website supervised by state television.

The previous day, following the release of dramatic footage of Israel's air defences intercepting a rocket over a ski resort in the Golan Heights, Israeli Prime Minister Benjamin Netanyahu said his country would continue to strike Iranian targets in neighbouring Syria.

Israel captured the Golan Heights from Syria in 1967 and later said it had annexed the territory in a move never recognised by the international community. It has settled Israelis there in contravention with international law.

"We have a permanent policy, to strike at the Iranian entrenchment in Syria and hurt whoever tries to hurt us," Netanyahu said.

Israel has pledged to stop its main enemy Iran from entrenching itself militarily in neighbouring Syria.

It has carried out hundreds of air strikes there against what it says are Iranian military targets and advanced arms deliveries to Tehran-backed Hezbollah, the Lebanese group.

Usually silent about its attacks on Iranian targets near its frontier, Israel has lifted the veil this month, a sign of confidence in a campaign waged amid occasional tensions with Syria's big-power backer Russia.

Netanyahu and other Israeli officials have been speaking more openly about the Syria strikes in recent days, with some analysts saying the premier seems to want to further burnish his security credentials ahead of 9 April elections.