With Tuesday's US election approaching, US president's move could resonate with evangelical Christian voters The Trump administration lifted a decades-old ban on Wednesday that had prohibited US taxpayer funding for Israeli scientific research conducted in illegal settlements in the occupied territories, drawing Palestinian condemnation.

With Tuesday's US election approaching, US President Donald Trump's move was praised by Israeli Prime Minister Benjamin Netanyahu and could resonate with evangelical Christian voters who often support the settlements.

The agreement was signed at the illegal West Bank settlement of Ariel, which was built in 1978 on land stolen from the villages of Salfit, Iskaka, Marada and Kifl Haris. 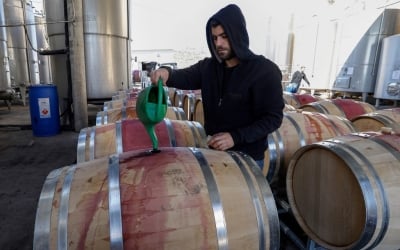 The area, now the site of an Israeli university, was chosen as the venue for a deal which organisers said would open a new avenue of US scientific cooperation with Israeli researchers.

“The Trump vision... opens Judea and Samaria to academic, commercial and scientific engagement with the United States,” Netanyahu said at the ceremony, using biblical names for West Bank territory.

“This is an important victory against all those who seek to delegitimise everything Israeli beyond the 1967 lines.”

A spokesman for Palestinian President Mahmoud Abbas said the lifting of the funding ban represented "American participation in the occupation of Palestinian lands".

Netanyahu and David Friedman, the US ambassador to Israel, revised three agreements reached between 1972 and 1977, enabling researchers in settlements to apply for US government funds. They also signed a new scientific and technology cooperation accord.

Under the now-lifted prohibition, financial support could not be channelled to projects conducted in areas that Israel occupied after the 1967 Middle East war, including the West Bank and the Golan Heights, which was seized from Syria.

Friedman said $1.4bn had been invested by three US-Israeli research cooperation funds since 1972.

The Trump administration last year effectively backed Israel's right to build West Bank settlements by abandoning a long-held US position that they were "inconsistent with international law".

Yonatan Freeman, a political scientist at Hebrew University in Jerusalem, told AFP that Wednesday's event was the latest in a series aimed at "trying to cement Trump as the more pro-Israel candidate".

Trump's administration has brokered normalisation deals for Israel with the United Arab Emirates and Bahrain, the president has highlighted during his campaign events.

Sudan has also said it will establish ties with Israel. The agreements have been described as "a stab in the back" by Palestinians.

Trump has given his record on Israel a prominent role in his re-election campaign, seeking to woo Jewish voters and evangelical Christians with a strong affinity for Israel. 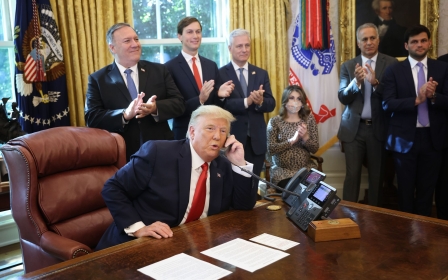