Five Palestinians ordered to pay $2,000 each to be released - more than twice the average monthly wage in the West Bank 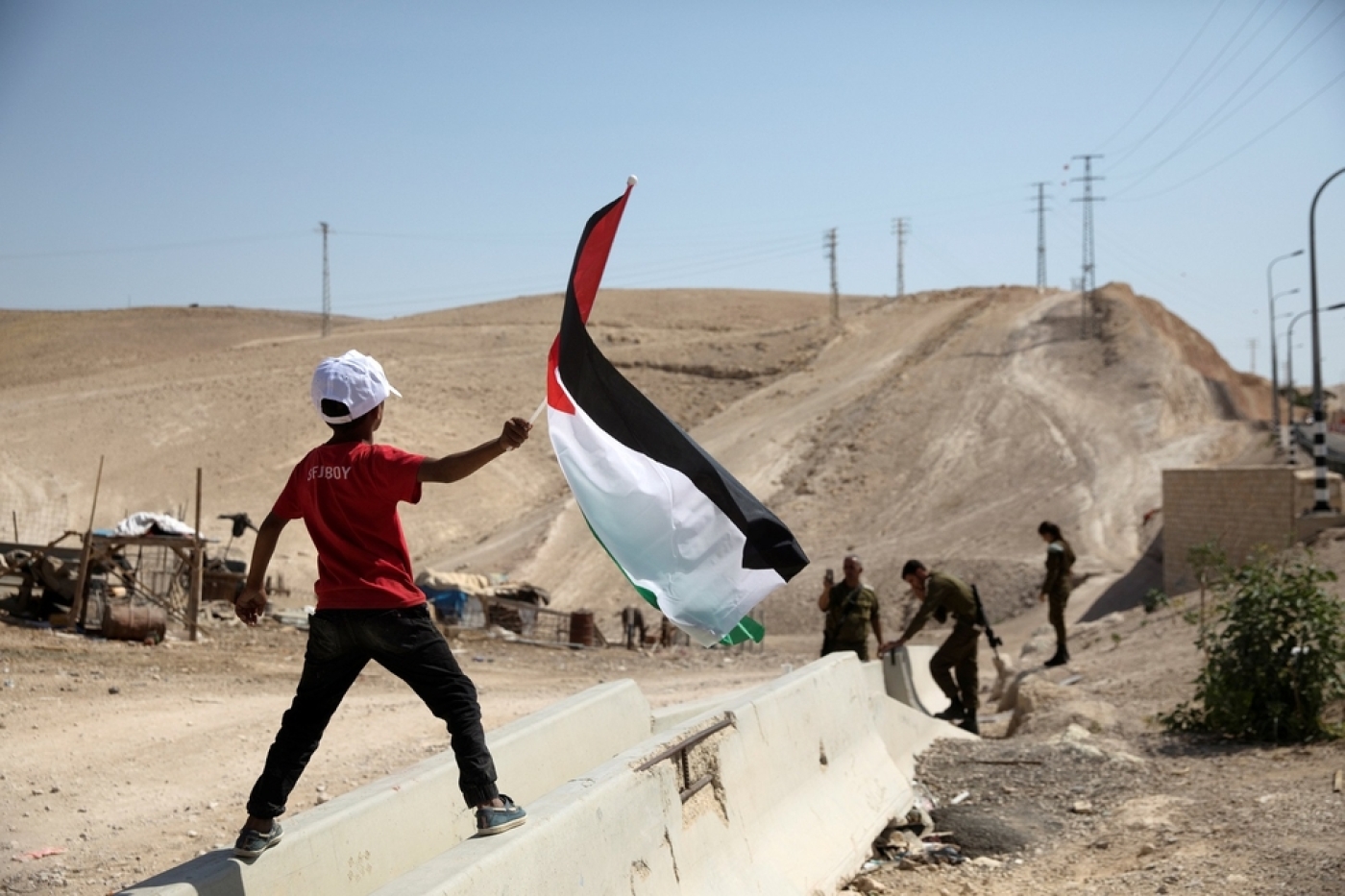 A boy waves a Palestinian flag in front of Israeli soldiers at al-Khan al-Ahmar near Jericho in the occupied West Bank, 4 July (Reuters)
By
MEE staff

Five imprisoned Palestinian men arrested during demonstrations in the Bedouin village of Khan al-Ahmar, in the occupied West Bank, were ordered on Monday to pay a crippling 7,500 shekels ($2,070) bail each by the Israeli military court.

The five were detained by the Israeli military on 4 July during protests against the impending demolition of the village, which rights groups and several Western countries have said would constitute a war crime.

"In addition, they were ordered to remain out of Khan al-Ahmar for 15 days, despite the fact that many of them have no other home or family to go to," the officer of Gaby Lasky, a lawyer representing the defendants, said in a statement given to Middle East Eye.

In contrast, three other Palestinians arrested at the demonstration were released on 8 July, after paying 1,000 shekels each and agreeing to steer clear of Khan al-Ahmar for 30 days.

According to the Palestinian Central Bureau of Statistics (PCBS), the average monthly wage for a Palestinian in the West Bank in 2015 stood at around 3,600 shekels ($992). However, Palestinians in rural and Bedouin communities often make far less.

During the crackdown on the protest, 13 people were arrested and 35 wounded, 10 of whom were hospitalised.

Khan al-Ahmar residents and activists climbed onto Israeli bulldozers and waved Palestinian flags in a bid to stop the demolition. Videos and photos showed Israeli security forces dragging protesters and residents away.

One of those detained, 19-year-old Sara Abu Dahouk, had her violent arrest widely documented and shared over social media. She will be indicted for various offences on Thursday at Ofer, a military court and prison to the south of the West Bank city of Ramallah. 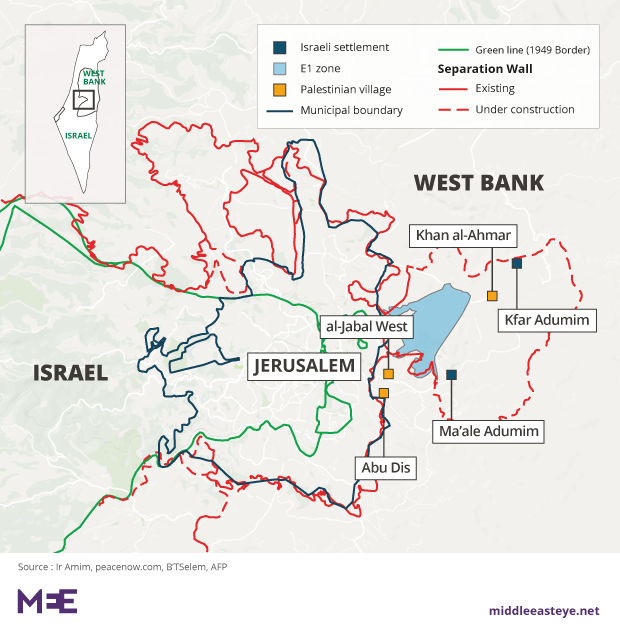 Israel intends to demolish Khan al-Ahmar as part of the so-called E1 plan, which involves building hundreds of illegal settlement units to link the West Bank settlements of Kfar Adumim and Ma’ale Adumim with East Jerusalem.

On 5 July, Israel's supreme court ordered a pause on the demolition of Khan al-Ahmar following mounting international condemnation. The case will be reviewed on 11 July, but Israeli authorities can appeal at any time before then.