The Israeli Supreme Court has taken a lurch to the right with the appointment of a number of new judges considered deeply conservative.

Justice Minister Ayelet Shaked, a member of the right-wing Jewish Home party, announced late Wednesday four new judges who would gradually replace those retiring in the coming months.
The judges were chosen by a selection committee but Shaked personally pushed for them, Israeli media reported.
At least three of the newcomers are presented as very conservative.
Two are religious Jews: one will become the first Orthodox Jewish woman on the court while the other is a rabbi living in the Dolev settlement in the occupied West Bank.
Commentators said the announcement would have a significant impact on the 15-member Supreme Court.
The Yedioth Ahronoth newspaper described it as a "dramatic revolution in its character: more conservative, more religious, more right-wing".
The court has often acted as a counterweight to governments.
It demanded the recent demolition of the Amona settlement in the occupied West Bank, ruling it was built on private Palestinian land.
The international community considers all settlements in the West Bank illegal but Israel draws a distinction between those it sanctions and those it doesn't.
The court ordered the demolition of Amona, despite intense lobbying by settler groups.
In future, the court could be called upon to rule on the legitimacy of a law backed by the Israeli parliament this month which legalises dozens of settlements even Israel has previously accepted as illegal.
The law, passed in the wake of Amona, has caused alarm among the international community.
Right-wingers accuse the court of having a left-wing bias.
Shaked, part of what is considered the most right-wing government in Israel's history, took office almost two years ago pledging to tackle a court she accused of being disconnected from the will of the people.
The Supreme Court has taken serious decisions over the last few years on the military service of ultra-Orthodox Jews, immigration and the exploitation of Israeli gas reserves in the Mediterranean.
It acts both as the ultimate forum for criminal and civil cases, as well as the guarantor that laws and government decisions are constitutional. 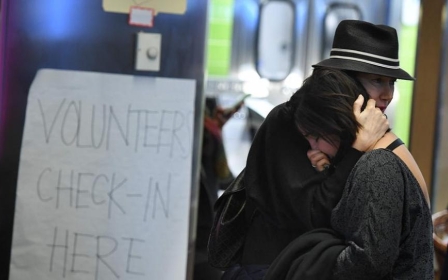