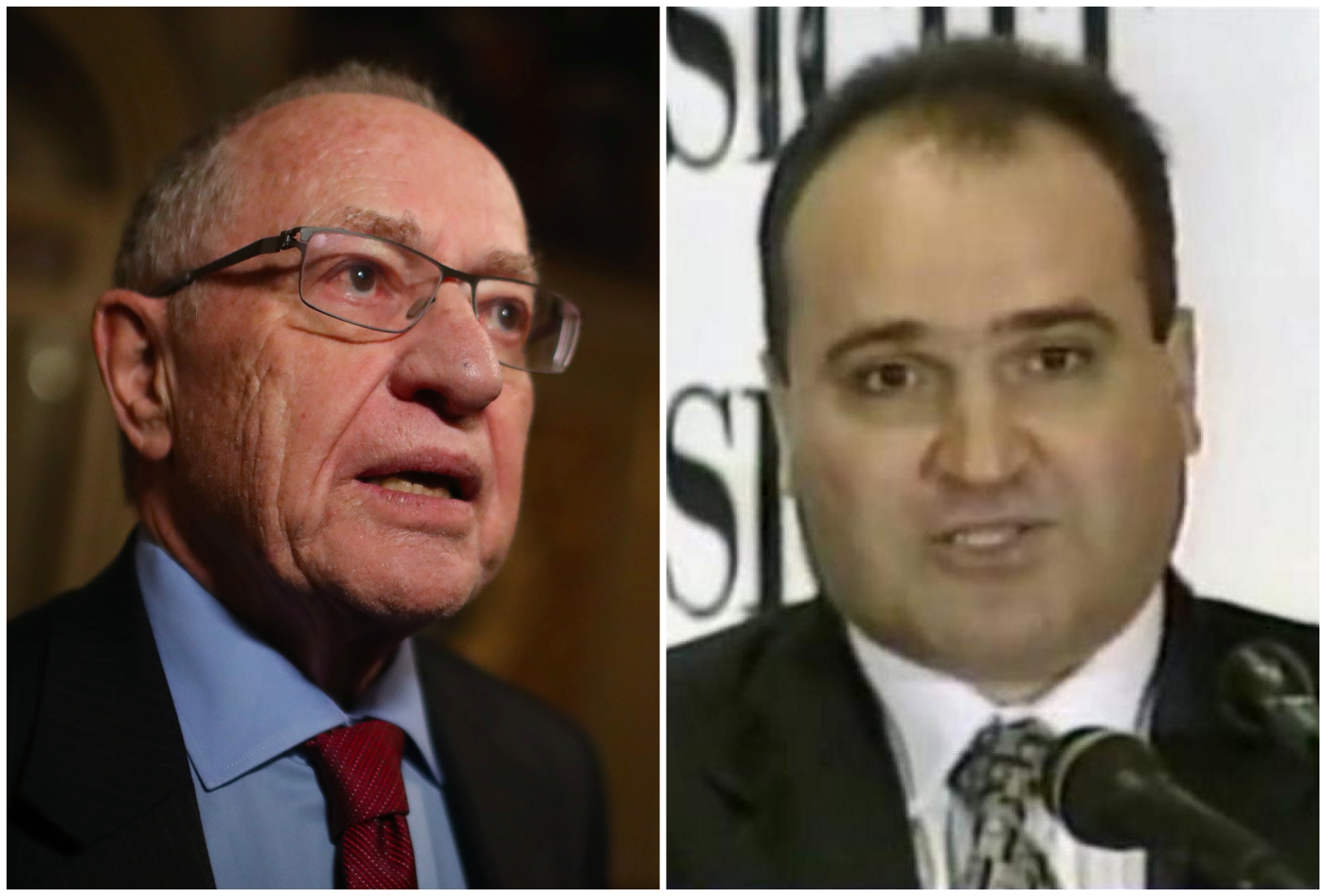 Lawyer Alan Dershowitz helped craft a proposal for the release of convicted paedophile and businessman George Nader from prison so he could be sent to the United Arab Emirates to help in diplomatic talks, according to a report by the New York Times.

According to the report, Dershowitz told Nader's representatives that he had reached out to officials in the US and Israeli governments to see if they would support the commuting of his 10-year sentence for possessing child pornography and sex trafficking a minor if he would help negotiate what would become the Israeli-UAE normalisation deal.

Nader, 61, previously served as a key point of contact between members of former US President Donald Trump's inner circle and Abu Dhabi Crown Prince Mohammed bin Zayed, to whom he had served as a senior political adviser. Under Dershowitz's reported plan, Nader would "self-deport" after release from the Virginia jail he is kept in, using a private jet supplied by the UAE to fly to the Gulf state, where the Lebanese-American holds citizenship.

In late 2015, he arranged a secret summit of Arab leaders on a yacht in the Red Sea, where he suggested they should realign power in the region and create an elite group to supplant the Gulf Cooperation Council and the Arab League.

In January 2018, Nader was caught with "visual depictions of minors engaged in sexually explicit conduct" on his phone after he landed in New York on a flight from Dubai, according to the US Justice Department.

In interviews with Middle East Eye, former associates of Nader’s raised questions about whether his international contacts turned a blind eye to his conduct because of his use as a fixer, or if his criminal tendencies may have made him valuable to unscrupulous leaders and their intelligence agencies.

Towards the final days of Trump's presidency, Nader's allies understood that the proposal for his release was being circulated, the NYT said.

Dershowitz, who was a member of Trump's legal team during his impeachment hearings, reportedly played a leading role in securing pardons during the twilight days of Trump's administration.

According to the NYT, he played a role in at least 12 clemency grants, two pardons and 10 commutations.

He also played a major role in helping to lift sanctions imposed in 2017 on Israeli businessman Dan Gertler for alleged corrupt and abusive mining practices in the Democratic Republic of the Congo.

Dershowitz has previously also been accused of statutory rape, allegedly facilitated by the late businessman and sex offender Jeffrey Epstein.

The lawyer has denied the accusations and in 2019 sued his alleged victim, claiming she had been “pressured to falsely accuse" Dershowitz, who had previously represented Epstein in a sex-trafficking case in 2005.

Dershowitz told the NYT his efforts on behalf of Nader reflected “a multifaceted approach to these problems. So I don’t separate out diplomacy, legality, courts, executive, Justice Department - they’re all part of what I do”.