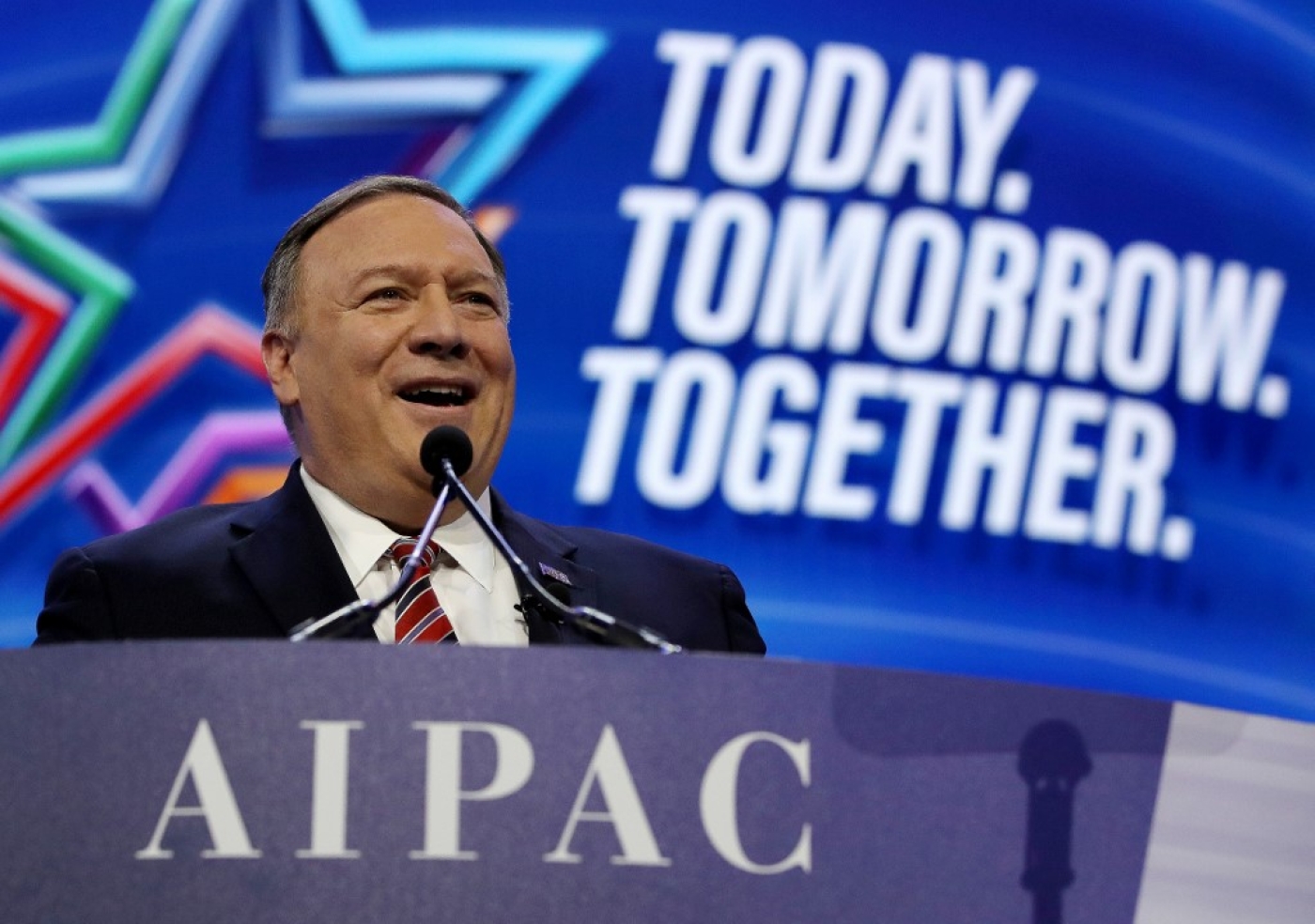 US Secretary of State Mike Pompeo is set to visit an illegal Israeli settlement in the Palestinian West Bank and the Syrian Golan Heights, both occupied by Israel since the 1967 Middle East war.

It will be the first visit of a US secretary of state to the occupied Palestinian and Syrian areas. Israel unilaterally annexed the Golan Heights in 1981, and aimed to annex the West Bank in July, before postponing the plan. Both moves were rejected by the international community, though the US encouraged the latter as part of President Donald Trump's peace plan.

Pompeo will meet Israeli Prime Minister Benjamin Netanyahu and Minister of Defence Benny Gantz next week, and will  later make a private visit with his wife to Qasr Al-Yahud, a Christian baptism site in the Jordan River near Jericho in the West Bank.

He will also visit Psagot Winery, in the illegal central West Bank settlement of Psagot. The winery is one of several in which US evangelical Christians volunteer to help Jewish farmers harvest their vineyards.

Psagot Winery received a major investment from the Falic family, owners of the Duty Free Americas shops. Chairman Simon Falic is reported to have encouraged Pompeo and Trump’s administration in July to “help Israel make more of the Biblical heartland of Judea and Samaria part of the current state", using the Israeli term for the West Bank.

Psagot Winery was among a number of Israeli companies the European Union made compulsory to label as produced in settlements. In March 2019, Trump signed an executive order recognising Israel's control over the Golan Heights, citing a “critical strategic and security importance” to Israel. In November that same year, the Trump administration said that it no longer considered Israeli settlements in the occupied West Bank to violate international law, going against broad diplomatic consensus.

Pompeo addressed the Republican National Convention from Jerusalem, which his administration recognised as the capital of Israel in 2017, in August prior to the presidential election, which Democratic candidate Joe Biden won earlier this month. Pompeo drew outrage from the Democratic Party, which lambasted him for using diplomacy for political clout.

Pompeo has supported Trump's allegations of US election fraud, despite a lack of evidence.

The secretary of state has been plotting a run for the 2024 US election, according to experts, and Israel is considered a major issue for the Christian Evangelical base of the Republican Party.

Hussein al-Sheikh, a member of the Palestinian Fatah movement’s central committee, tweeted on Friday that Pompeo’s planned visit to settlements in the occupied West Bank was a "challenge to international legitimacy".

"The visit represents a challenge to the positions of all previous American administrations, which emphasised the illegality of [Israeli] settlements in the occupied Palestinian territories," he wrote. Antisemitism
Groups critical of Israel to be branded 'antisemitic' under Pompeo plan: Report