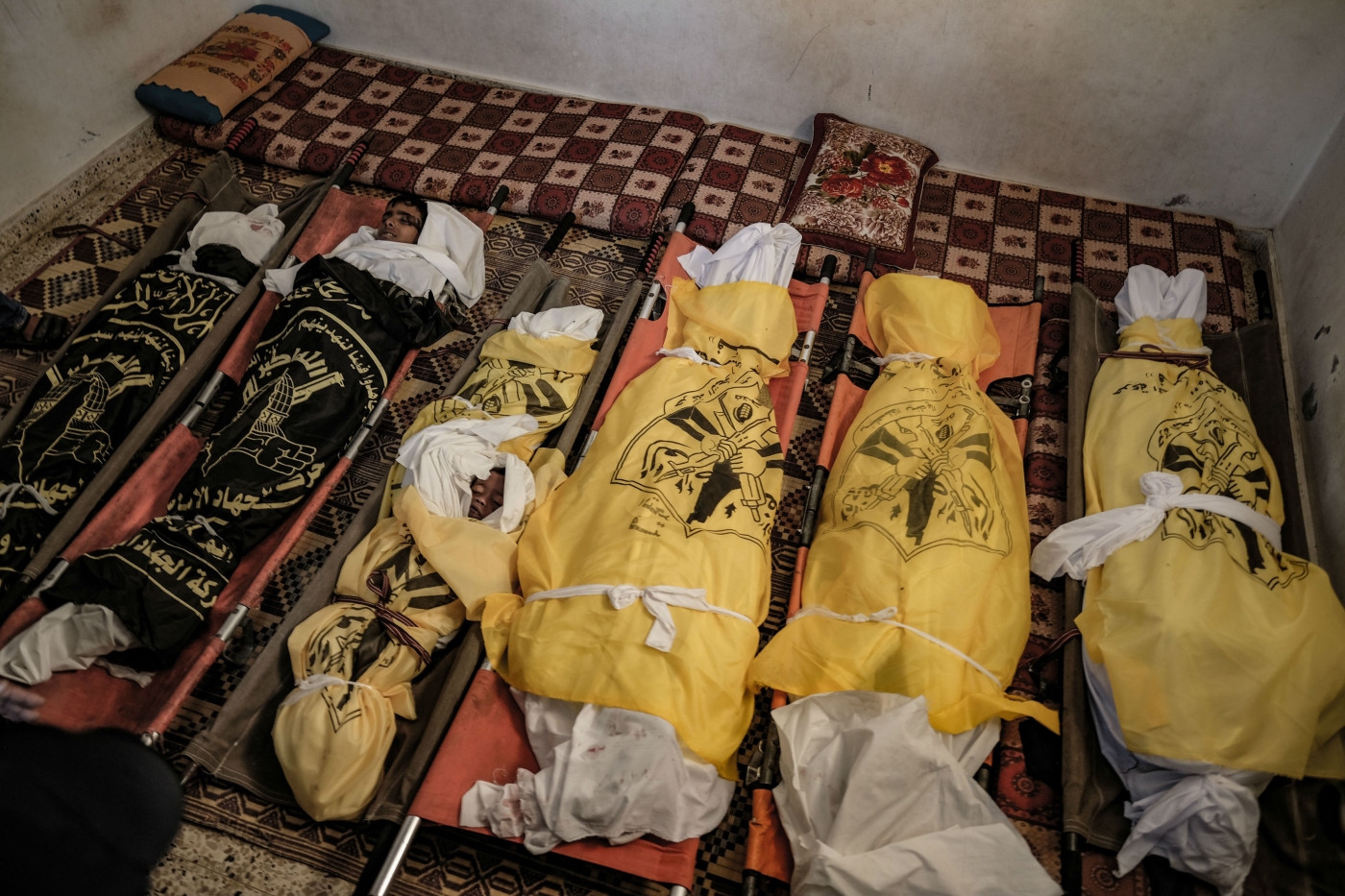 The Israeli army said it plans to investigate a 13 November air strike on the Gaza Strip that killed eight members of the same Palestinian family, including five children.

The air strike on the home of the al-Sawarka family in Deir al-Balah refugee camp was the single deadliest incident in two days of bombardment by the Israeli army, after its assassination of a senior Islamic Jihad commander and his wife.

In a statement on Friday, Israeli military spokesman Jonathan Conricus told the AFP news agency that the army's intelligence had indicated "no civilians were expected to be harmed" at the time of the strike.

The army said it is "investigating the harm caused to civilians by the strike".

'I was sleeping when the house was bombarded. I woke up terrified and everything around me was red, I could not see anything'

Before the statement was released, the Israeli army's Arabic media spokesman, Avichay Adraee, justified the air strike on Twitter, claiming that Sawarka was an Islamic Jihad commander.

Islamic Jihad confirmed that Sawarka was "known as a person affiliated with [it] but he was not a commander".

On Friday, the United Nations special coordinator for the Middle East peace process said "there is no justification to attacking civilians in Gaza".

"My heartfelt condolences to the family of al-Sawarkah & I wish a speedy recovery to the injured. I call on #Israel to move swiftly with its investigation," Nickolay Mladenov tweeted.

Adalah, a group that defends the rights of Palestinian citizens of Israel, filed a 25-page report in 2018 that concluded Israel was unwilling to conduct investigations or initiate prosecutions relating to the 2014 Gaza war.

It stressed the need for an international body to be involved in such investigations.

'No one heard me'

Survivors of the Israeli air strike on the Sawarka family home were taken to a local hospital.

"I was sleeping when the house was bombarded," 11-year-old Diyaa Rasmi al-Sawarka told Middle East Eye. "I woke up terrified and everything around me was red. I could not see anything.

I was trying to pull my foot [out] when I found my little brother struggling to get out from under the rubble. I helped him out, then pulled out my foot and rushed behind him," the boy said.

The latest round of violence began on Tuesday when the Israeli army killed a top Islamic Jihad commander, Baha Abu al-Ata, and his wife in an air strike.

After the assassination, Islamic Jihad fighters launched rockets towards Israel, causing injuries and property damage but no deaths.

Israel then launched a series of air strikes on the Gaza Strip that killed 34 Palestinians and wounded more than 100. 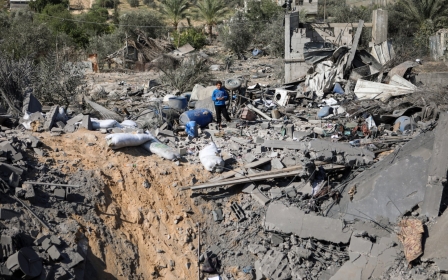