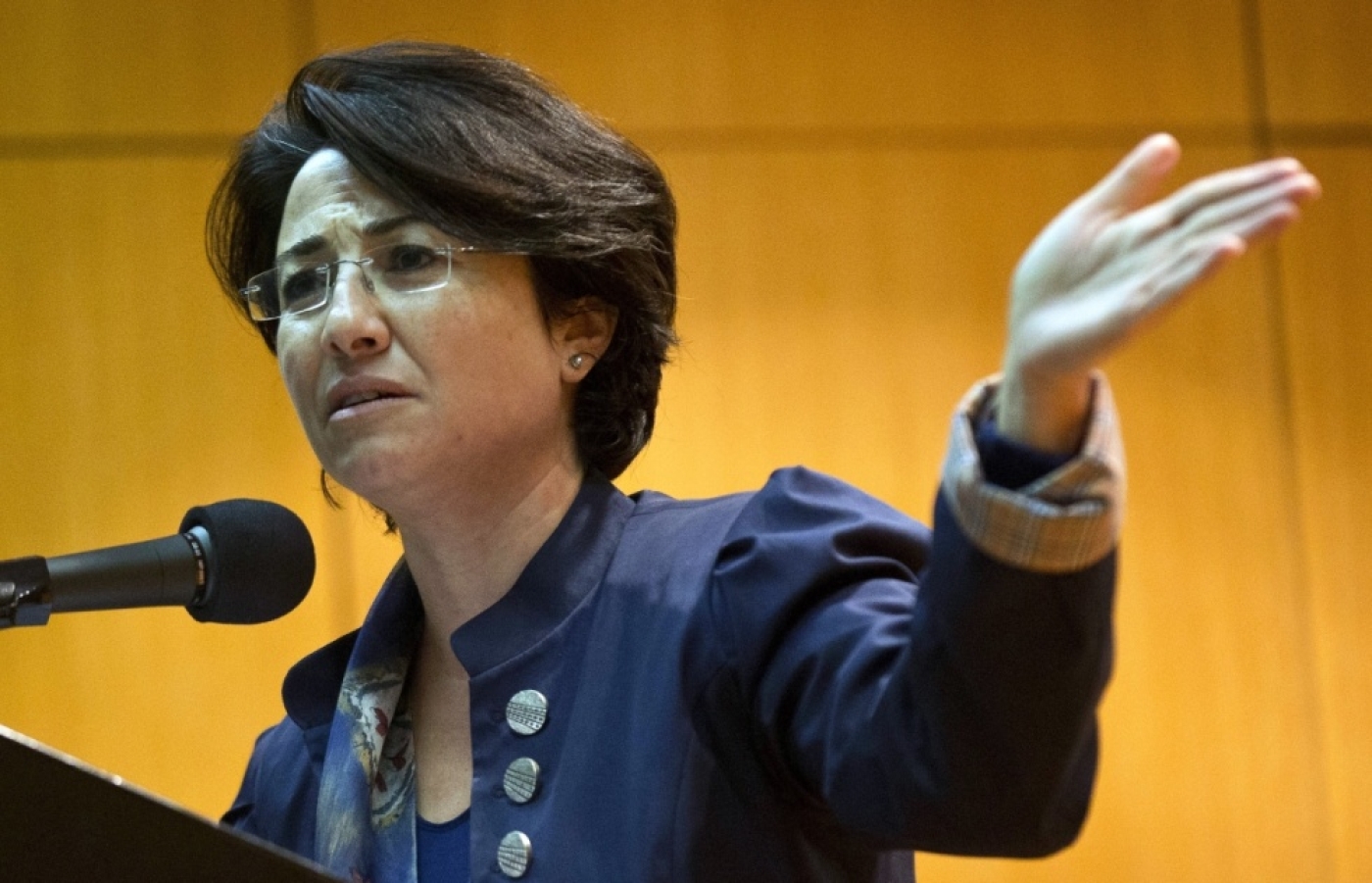 A Palestinian member of Israel’s parliament on Sunday said Israeli combat pilots are “no better than Islamic State beheaders,” in an interview with local television.

MK Haneen Zoabi told Channel 2 Online “they [IS] kill one person at a time with a knife and the IDF [Israeli army] at the press of a button [kills] dozens of Palestinians,” adding that an Israeli air force pilot “is no less a terrorist than a person who takes a knife and commits a beheading.”

“Both are armies of murderers, they have no boundaries and no red lines,” she said.

Palestinian Haneen Zoabi is a member of the Arab Balad Party and is known for her outspoken speeches in the Knesset against Israeli policies in the Occupied Territories. She was described as a “terrorist” by Israel’s Foreign Minister Avigdor Lieberman earlier this year after saying Palestinians had been driven to desperate acts by living under occupation.

Israeli politicians reacted with scorn to Zoabi comparing Israel’s armed forces with the IS group.

“Zoabi crossed all possible red lines in comparing the IDF to the Islamic State,” said Miri Regev of Likud, according to Haaretz, adding that she is “a dangerous enemy to the Israeli public.”

“Her incitement is comparable in its seriousness to the acts of a terrorist who harms innocent people,” he said, saying that he would tell her to “go to Gaza, you traitor” if he spoke to Zoabi.

Faina Kirshenbaum of the right-wing Israel Home Party said “Zoabi knows her days in the Knesset are numbered” and urged parliament to “disqualify her from her position” as a parliamentarian.

In the Sunday interview Zoabi also responded to reports of Arab-Israelis leaving to join the IS group in Syria and Iraq. She said those who join the group are a “very tiny number [of people] on the margins” who “apparently have no options in life.”

Her comments came as Israeli security service Shin Bet said an Israeli-Arab doctor had died fighting with IS in Syria.

The agency said Othman Abu al-Qiyan, who studied medicine in Jordan and worked as an intern in an Israeli hospital, had died fighting in August. He was from the Bedouin village of Hura in Israel’s southern Negev desert.

Shit Bet reported they know of 30 Arab-Israeli citizens who have gone to fight in Syria, although only “a few joined IS, mostly of a Salafist-jihadist background.”

“This is a dangerous phenomenon, as those leaving for the [Syrian war] undergo military training, are exposed to extremist global jihad ideologies, and there is concern that will be used to carry out terrorist attacks against Israel at the end the day,” the security agency’s statement said.

Palestinian MK Zoabi said those who left to join IS “had lost meaning in their lives and adopted a closed, fundamentalist ideology.” Inside Israel
75 percent of Israeli Jews oppose Palestinian state based on 67 borders: poll