Indictment, which is pending a hearing, could have large repercussions on upcoming elections 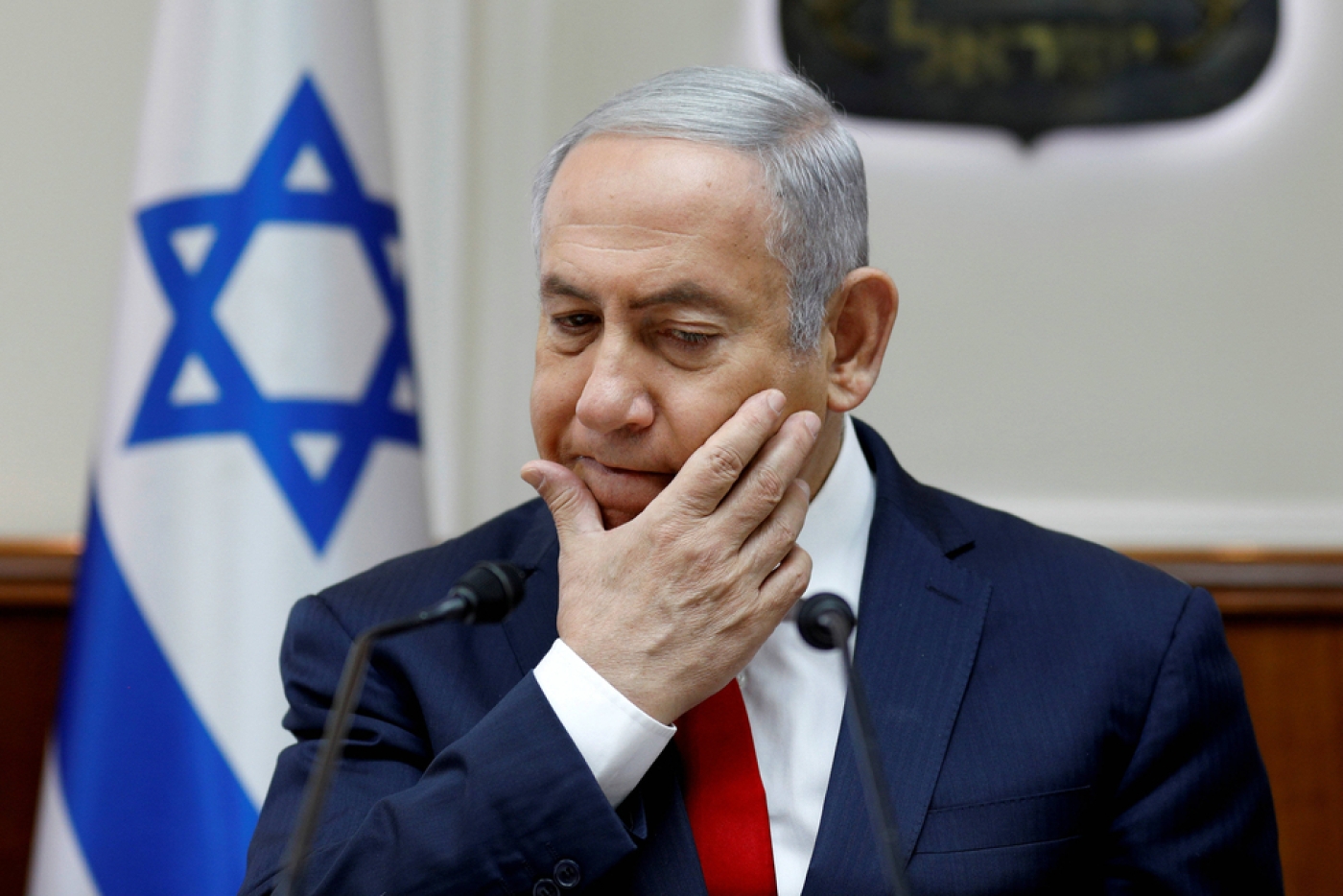 Israeli Prime Minister Benjamin Netanyahu is to be indicted pending a hearing as part of three corruption cases, the attorney-general said on Thursday, in a move that could severely hamper his chances of re-election.

Attorney-General Avichai Mandelblit said Netanyahu should be indicted for bribery, fraud and breach of trust.

The Israeli premier is to be given the opportunity to argue against being indicted at a hearing before any charges are brought forward. The date for that hearing has not been set, the justice ministry said.

In a televised address, Netanyahu dismissed the decision as a witch hunt.

"The left's pressure succeeded. Something terrible here has happened and it is hurting Israeli democracy," he said.

"For the first time in the country's history we are going to a hearing before the election, just to topple the right wing and raise the left to the premiership. There is no other explanation."

"This entire house of cards will collapse," he added.

Mandelblit said in his explanation to Netanyahu: "You have hurt the image of public service and public faith in it."

"You acted in a conflict of interests, you abused your authority while taking into account other considerations that relate to your personal interests and the interests of your family. You corrupted public servants working under you," the attorney-general added.

Netanyahu's ruling Likud party, which sought to delay the attorney-general's announcement with a last-minute petition that was thrown out by the supreme court on Thursday, called the reported charges "political persecution".

'Netanyahu embarrasses the State of Israel. Destroying everything to save himself'

"Unilateral publication of the attorney general's announcement just a month before the elections, without giving the prime minister an opportunity to refute these false accusations, is a blatant and unprecedented intervention in the elections," Likud said.

However, soon after the attorney-general's decision was announced, Netanyahu's political opponents began to call for his resignation.

Avi Gabbay, leader of the oppositional Labor party, called on Netanyahu to step down.

“Netanyahu, resign, put an end to national shame and do not conduct the battle from the prime minister's home. Netanyahu embarrasses the State of Israel. Destroying everything to save himself,” he said in a statement.

“Israeli citizens do not want corrupt leadership. The prime minister is embarrassing the people of Israel and the State of Israel.”

The prime minister has repeatedly insisted he would not stand aside if indicted.

The decision to indict Netanyahu on corruption charges could have significant effects on the prime minister’s bid to be re-elected in the forthcoming elections on 9 April.

Benjamin Netanyahu and his family are accused of receiving luxury gifts in exchange for personal or financial favours.

The investigation into the case started in late 2016. Police have said that Arnon Milchan, a billionaire film producer and Israeli citizen, and Australian businessman James Packer, gave gifts that included champagne, cigars and jewellery to the Israeli prime minister and his family.

The merchandise was worth more than $280,000, according to police.

This case relates to Netanyahu's dealings with Arnon Mozes, publisher of  Yedioth Ahronoth, one of Israel's most widely circulated newspapers.

Netanyahu is suspected of striking a secret pact with Mozes, exchanging favourable coverage for legislation that would limit the circulation of Yisrael Hayom, a rival paper owned by Sheldon Adelson.

The attorney-general has recordings of conversations between Netanyahu's former chief of staff, Ari Harow, and Mozes, which are thought to have been made upon Netanyahu's instruction.

In this case, Netanyahu also faces charges of fraud and breach of trust.

Considered to be the most serious of the three cases, Netanyahu is accused of offering regulator benefits to the owners of Bezeq Israel Telecom in exchange for positive media coverage for him and his wife, Sara.

He faces charges of bribery and breach of trust.

If Netanyahu is unsuccessful in his hearing, he would be the first sitting Israeli prime minister to be indicted.

Netanyahu is caught up in several corruption cases, and the police have recommended he be indicted for three of them.

The most serious, Case 4,000, sees him accused of offering regulatory benefits to Bezeq telecoms firm in return for its media arm providing positive coverage.

In Case 2,000 he is again suspected of attempting to alter media coverage, allegedly attempting to broker a secret deal with the publisher of bestselling newspaper Yediot Aharonot.

That deal again sought favourable coverage in return for pursuing legislation that would have limited the circulation of one of the papers’ rivals.

Case 1,000, meanwhile, sees Netanyahu and his family accused of receiving luxury gifts in exchange for personal or financial favours.

The Israeli premier denies all charges and says they are politically motivated.

Netanyahu, who is Israel’s second-longest serving premier, in office for 13 years in total, is facing off a strong challenge from former army chief Benny Gantz.

Gantz has said Netanyahu must not run for re-election if indicted.

Polls suggest that Netanyahu’s party could pick up four less seats on 9 April were he to be indicted, affecting his chances of forming a coalition government.