Avigdor Lieberman boasts about the seven Palestinians killed on Friday, after Naftali Bennett said his policy was insufficiently aggressive 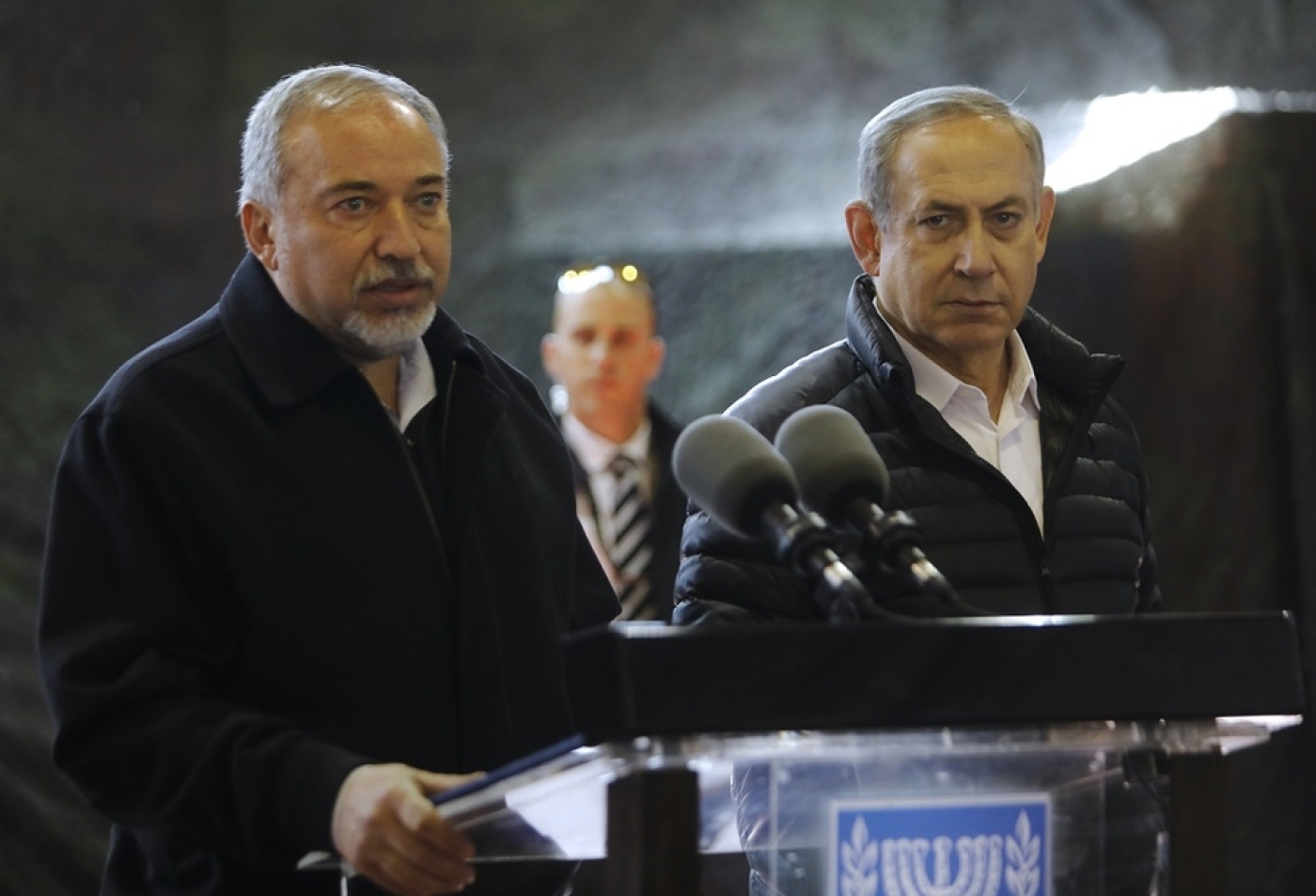 Defence Minister Avigdor Lieberman, left, has been accused of being too soft on Gaza. (AFP)
By
MEE staff

Acrimony has broken out in Israel’s government over whether the Israeli military’s deadly crackdown on protesters in Gaza has been harsh enough – with Defence Minister Avigdor Lieberman boasting about the seven Palestinians killed on Friday in response.

The Israeli military has killed 193 Palestinians and injured thousands in Gaza – mostly unarmed demonstrators – since a protest movement dubbed “the Great March of Return” began on 30 March. One Israeli has been killed in that time.

What softness is he talking about? Just last Friday seven rioters were killed and over 500 injured and not a single Israeli was hurt

Sixty-one Palestinians alone were killed in one day, 14 May, when the new US embassy to Israel was opened in Jerusalem

Speaking to Israel Radio, Lieberman on Tuesday denied his violent policy – which the United Nations has opened a war crimes probe into - was too soft.

“Bennett is brazenly lying,” he said. “What softness is he talking about? Just last Friday seven rioters were killed and over 500 injured and not a single Israeli was hurt.”

A 12-year-old, Naser Azmi Musbeh, and 14-year-old, Mohammed Naif al-Houm, were among the seven killed on Friday.

The public spat between Lieberman and Bennett looks set to run on, and the two ministers continued to trade blows on Tuesday.

“Bennett doesn’t care - neither about education nor about security. As far as I’m concerned the man has been deleted. Starting tomorrow he simply does not exist,” Lieberman fumed to Israel Radio.

“There is a real dispute here - that will remain with us as we enter the election process - between a bizarre, sleepwalking, messianic right, and a responsible right,” he said.

Bennett followed up by appearing on Army Radio himself, to urge the Israeli army to shoot any Palestinians flying incendiary balloons over the Gaza-Israel frontier. He said the Hamas movement, which runs Gaza, is encouraged by Lieberman’s policies.

“The person responsible for security is Defence Minister Lieberman,” he said.

“For the last half-year I have clearly said that the policy Lieberman is leading is weak. The policy toward Gaza is a leftist policy that will ultimately lead to a full-on flare-up. The situation will be unbearable.”