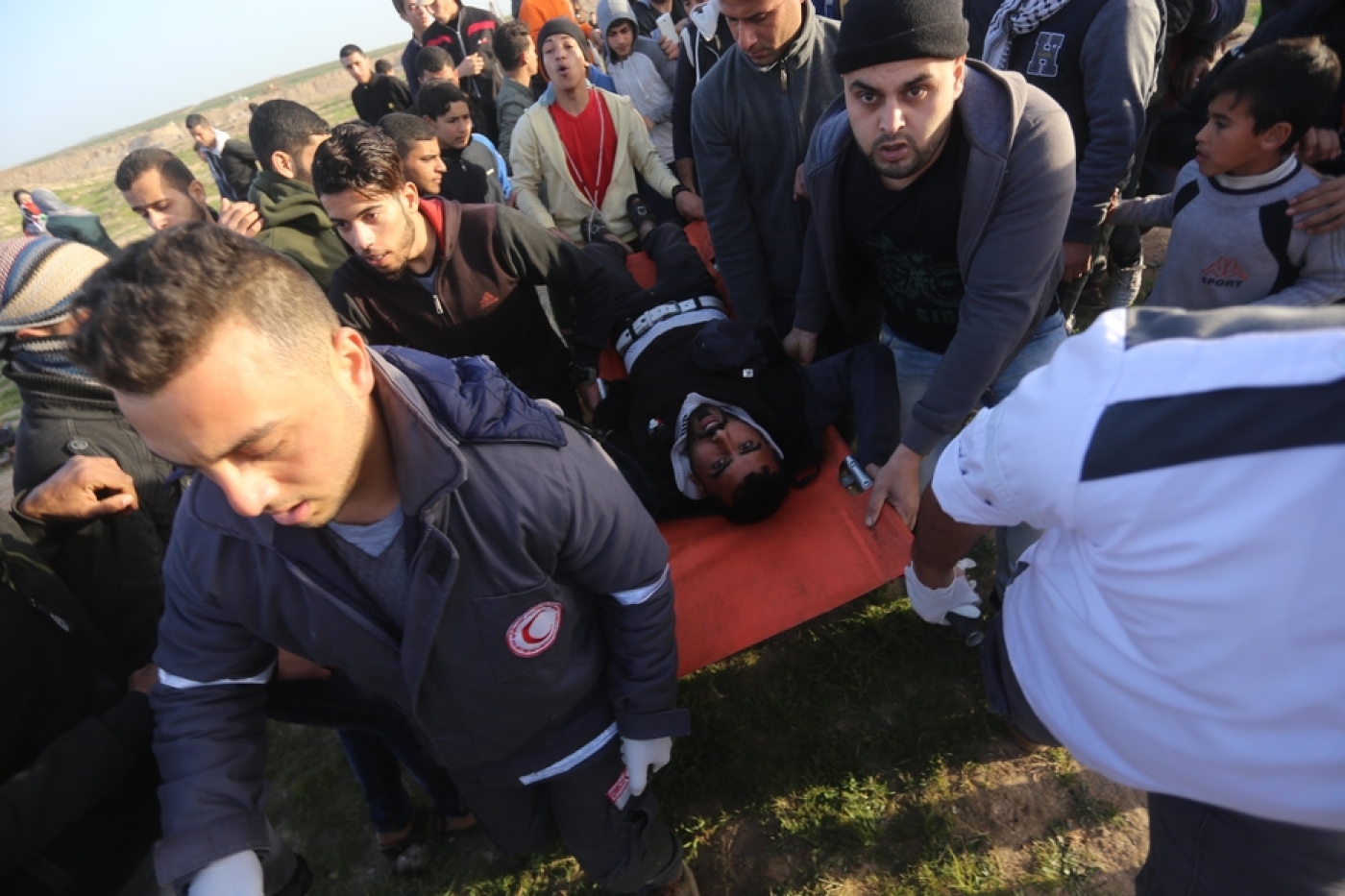 A number of Palestinians, including paramedics, were wounded during the protests (MEE/Mohammed Asad)
By
MEE staff

Gaza's health ministry identified the killed Palestinian as Ihab Atallah Hussein Abed, 25, adding that he was shot east of Rafah.

The ministry added that Israeli troops injured at least 22 Palestinians and also fired on a Palestinian paramedic team tending to wounded protestors.

Among the injured were 14 children who suffered from excessive tear gas inhalation, according to a Gaza health ministry spokesperson.

Intissar al-Juju, a mother of six children, told Middle East Eye she felt proud to continue participating in the protests, despite the reduced number of people protesting on the buffer zone.

"After 70 years of occupation, we still resist, while the occupation is still on our land," said Juju.

"We witnessed a first and second intifada, and we are continuing to demonstrate, and will not get tired of doing so.

"We will be victorious and never surrender."

Separately, in the occupied West Bank, Israeli troops shot dead a Palestinian and wounded another as they threw stones at Israeli motorists, the Israeli army said.

Soldiers "responded by firing at the suspects, who received medical treatment. One of the suspects later died of his wounds and another was injured," a statement said.

Residents of the dead youth's village of Silwad, near Ramallah, named him as Ayman Hamed, 17.

Since March, thousands of Palestinians in Gaza have demonstrated on the buffer zone with Israel as part of the Great March of Return, demanding the Palestinian refugees' right of return to their homelands and an end to Israel's crippling 12-year siege of the small coastal enclave.

On Thursday, Hamas, which governs Gaza, rejected a $15m Qatari aid payment for the strip, saying it would not allow the deliveries to be used as political fodder in the upcoming Israeli elections.

Organisers of the Great March of Return confirmed its support to Middle East Eye for Hamas' decision to refuse the funds.

"We will not accept the occupation's move to turn the Qatari fund into a tool to exploit our people and resistance," a spokesperson for the committee told MEE.

"The occupation is responsible for extending our siege and for the suffering of the Palestinians."

Doha said it hoped to coordinate with the United Nations to deliver aid to Gaza following Hamas's decision to not take up Qatar's aid package.

Details of the scheme are so far unclear and there was no immediate comment from the UN.

Israeli media reported on Thursday that the country's security cabinet had agreed to permit an envoy to bring a $15m tranche of Qatari money into Gaza as early as Friday - days after Israeli Prime Minister Benjamin Netanyahu blocked the transfer.

The transfer of funds had been expected to begin on Thursday to be distributed to officials in Gaza on Friday afternoon, Israel's Haaretz newspaper reported.

Reporting by Mohammed Asad in Gaza. 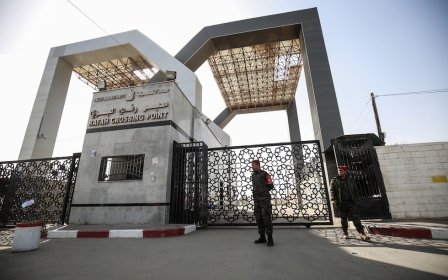