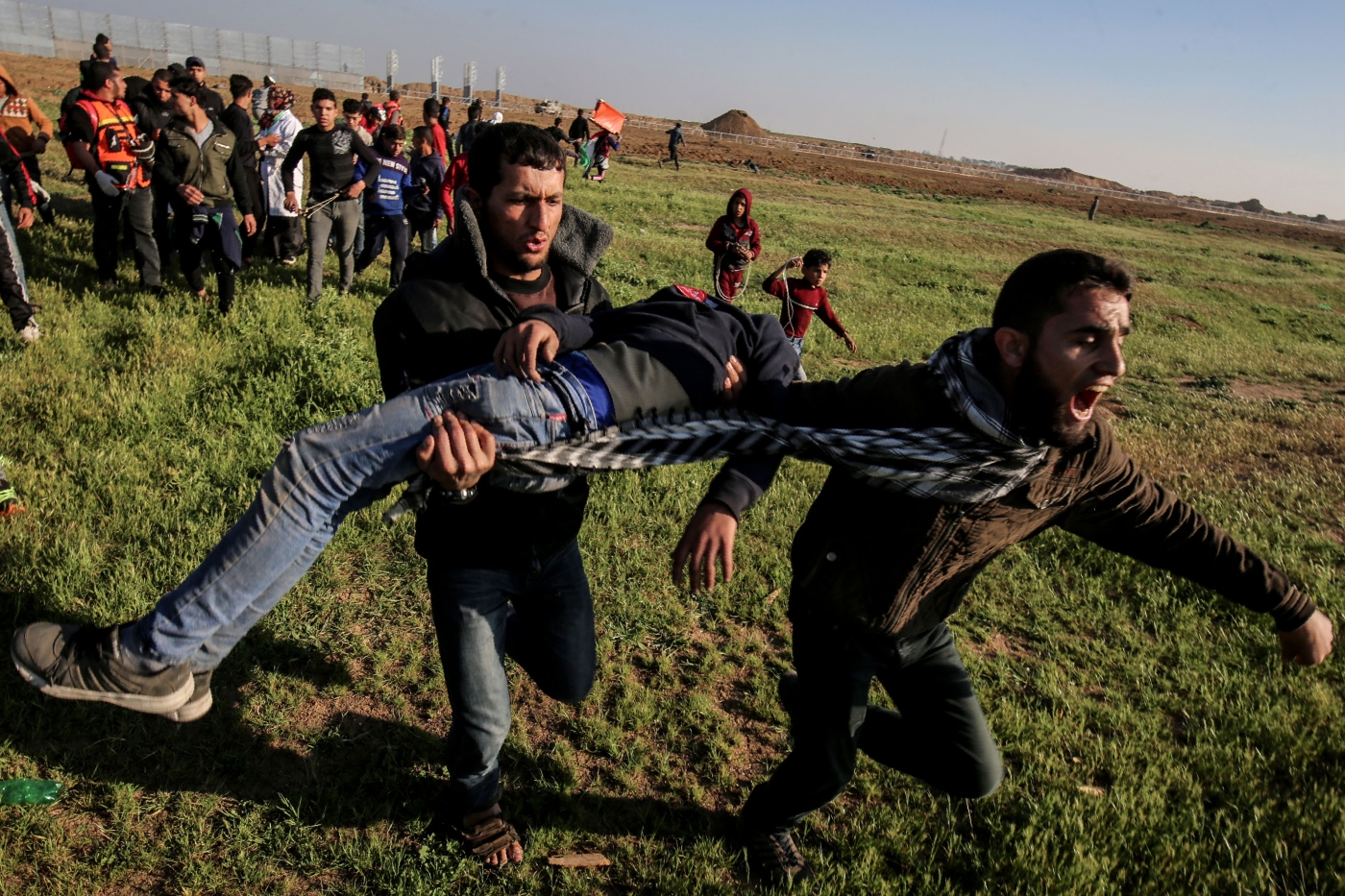 Israeli forces killed two Palestinians during Friday protests in the Gaza Strip, according to the local health officials.

Shatat was shot in the chest by Israeli troops in Bureij refugee camp, the ministry said, while Harara was killed east of Gaza City.

At least 55 Palestinians were also wounded by Israeli forces, including an unspecified number of paramedics, the ministry said.

The killings come as the UN Human Rights Council on Friday condemned Israel's use of live ammunition against Palestinian protesters in Gaza as "unlawful".