A Palestinian woman holds a sign against Israel's controversial Citizenship and Entry Law, during a demonstration outside the Knesset in West Jerusalem, 5 July 2021 (AFP)
By
Mustafa Abu Sneineh

Palestinian citizens of Israel protested on Monday against a government vote on a controversial emergency law that blocks thousands of Palestinian families from reuniting.

The Citizenship and Entry Law is nominally a piece of emergency legislation that was passed in 2003 to prevent Palestinian inhabitants of the occupied West Bank and Gaza Strip from gaining residency or citizenship of Israel through marriage to another citizen.

The law, which must be regularly renewed or it expires, has been denounced by Palestinians as racist, although Israeli authorities claim it is necessary to prevent "terrorists" from entering Israel.

Speaking at a demonstration outside the Knesset on Monday, Ahmad Tibi - a Knesset member of the Arab Joint List political alliance - said that the law should be allowed to expire at midnight on Tuesday and not be renewed.

'We do not want to extend the law, not for a year or half a year. The law must be categorically dropped'

"Our position is clear, we are against this law without a compromise. We do not want to extend the law, not for a year or half a year. The law must be categorically dropped," he said.

Osama al-Saadi, another Joint List politician, called on protesters to increase pressure on the Knesset members who are "still hesitant to vote against the law", warning that "tonight will be decisive".

This will be the third scheduled vote on the law after the past two votes had been delayed following the Israeli government's failure to secure a majority.

Reportedly, Ayelet Shaked, Israel's interior minister, has compromised with Raam, Meretz and Labor to back the vote, proposing that the law be renewed for six months instead of a year.

According to human rights groups, the Citizenship and Entry Law bars almost 45,000 Palestinian families inside Israel and East Jerusalem from reuniting with their spouses and children.

The law has often been referred to as the "Racist Family Separation Law", with Palestinians and rights groups arguing it is designed to keep the number of Palestinians holding Israeli documents low.

Prime Minister Naftali Bennett's coalition has postponed the vote on the law twice since June as it failed to secure a majority vote in the Knesset.

It is the first significant test for Bennett, sworn in on 13 June with a razor-thin majority and whose coalition consists of a wide range of parties with different ideologies. 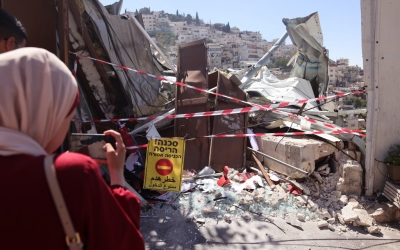 Members of the Israeli coalition from the Islamist Raam party and centre-left Meretz and Labor had vowed to vote against the law, decrying it as "racist and anti-democratic".

Sensing the confusion within Bennett's coalition, Benjamin Netanyahu, the opposition leader, refused to bail out the law, aiming to exploit Bennett's problems to torpedo the government and pave the way for another election.

The former prime minister's right-wing camp, which had voted in favour of the annual extension of law for the past 18 years, said it would not back the vote.

Netanyahu lambasted his rivals on Sunday, saying that Bennett and Lapid "aren't capable of preserving the Jewish character of the State of Israel".

He said the law "is full of holes". However, he offered to uphold a two-month extension of the law if Bennett's coalition would advance in the Knesset a basic law on immigration. Bennett's government declined the offer.

This quasi-constitutional yet-to-be proposed permanent law by the Likud Party would ease deportations, tighten the block on Palestinian families reuniting and replace the temporary Citizenship and Entry Law.

The Citizenship and Entry Law was passed in the Knesset at the peak of the Second Intifada, a period of violent Israeli military assaults on Palestinians in the occupied West Bank, East Jerusalem and Gaza, as well as Palestinian suicide attacks and shootings.

On a security basis, the law also blocks Palestinian citizens of Israel or Palestinians from East Jerusalem from requesting citizenship or residency for their spouses from the besieged Gaza Strip, the occupied West Bank and Arab countries or any other country Israel considers hostile. 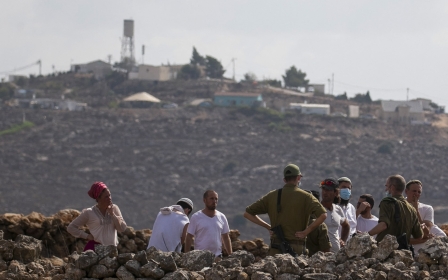 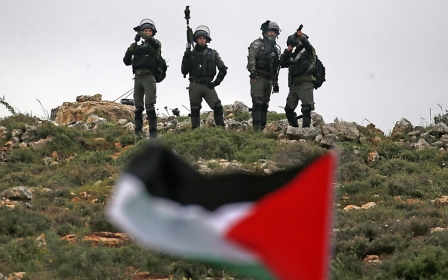 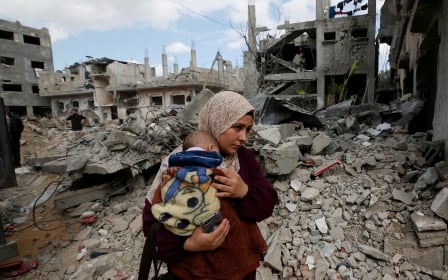