According to Yisrael Katz, Belgians can't fight terror on their home soil while eating chocolate Supporters for the victims of the Brussels terrorist attacks write a message to show their solidarity during a vigil and moment of silence in San Francisco, California on 22 March 2016 (AFP)
By
MEE and agencies

Israel's intelligence minister accused Belgian leaders of laxity Wednesday over the threat posed by homegrown Muslim radicals, the second cabinet member to hit out after the deadly bombings in Brussels.

"If in Belgium they continue to eat chocolate, enjoy life and parade as great liberals and democrats while not taking account of the fact that some of the Muslims who are there are organising acts of terror, they will not be able to fight against them," Yisrael Katz told Israel Radio.

Katz charged that not only European leaders but also US President Barack Obama had undermined the battle against militant violence with their unwillingness to define it as "Islamic terrorism".

"When you don't define your enemy, you can't lead a worldwide campaign," he said.

Katz, who is also transport minister, is a member of Prime Minister Benjamin Netanyahu's right-wing Likud and widely seen as his principal rival within the party.

He has taken a hawkish position on the wave of violence that has rocked Israel and the Palestinian territories since October, calling for the families of Palestinians implicated in attacks to be sent to Hamas-ruled Gaza as a deterrent.

Katz’s comments are the latest in a series of reactions from Israeli officials to the attacks in Brussels.

On Tuesday, another Likud member - Science, Technology and Space Minister Ofir Akunis - lashed out at Europe, accusing it of ignoring the danger of "Islamic terror cells" and focusing on criticising Israel instead.

"Many in Europe have preferred to occupy themselves with the folly of condemning Israel, labelling products, and boycotts," Akunis said on his Facebook page.

"In this time, underneath the nose of the continent's citizens, thousands of extremist Islamic terror cells have grown."

Those comments drew a rebuke from Israeli opposition leader Isaac Herzog, who accused Akunis - a Netanyahu ally - of "miserable cynicism".

Akunis’s comments were repeated by another Likud member, Nava Boker, who said that Belgium should be dealing with its own internal terror threat instead of “dealing with product-labelling initiatives against Israel”.

"Belgium must close its borders immediately, eject from itself the inciters and stop Muslim immigration into the country," she said.

"Rather than point to radical Islam as the number one cause of global terror today, Belgian Interior Minister [Jan] Jambon chooses to claim that more must be done to make young Muslims 'feel at home,'" she said. 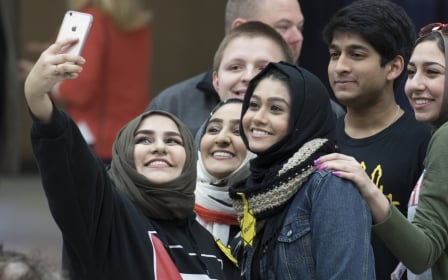