With several corruption cases facing the prime minister, giving him the power to pick next government should be illegal, NGO tells court 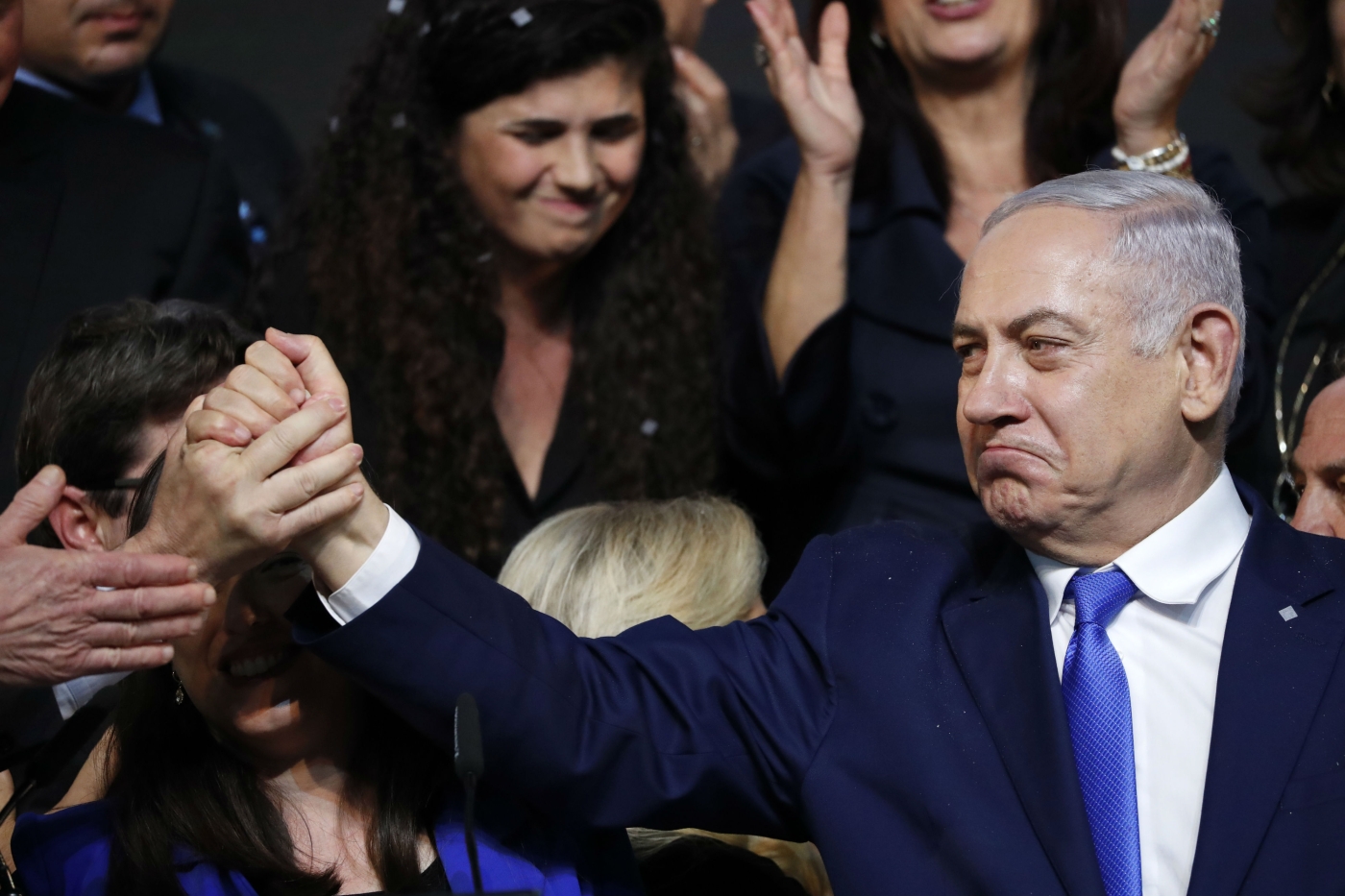 An Israeli NGO has petitioned the High Court of Justice to stop Israeli Prime Minister Benjamin Netanyahu from forming a new government following elections earlier this month, according to the Israeli newsite Kan.

Last week, President Reuven Rivlin nominated Netanyahu to form a new coalition after he won the backing of a majority of members of parliament in the 9 April polls.

But on Monday, the Movement of Integrity, an NGO which is called Tehur Medot in Hebrew, filed a petition asking the court to rule that Netanyahu's role in creating the new government is illegal given the serious corruption allegations against him.

Netanyahu is caught up in several corruption cases, and the police have recommended he be indicted for three of them. In February, Israel's attorney-general said he planned to indict the prime minister for bribery, fraud and breach of trust.

The Israeli premier has denied all charges, saying they are politically motivated. Under Israeli law, he is under no legal obligation to resign if indicted.

Benjamin Netanyahu and his family are accused of receiving luxury gifts in exchange for personal or financial favours.

The investigation into the case started in late 2016. Police have said that Arnon Milchan, a billionaire film producer and Israeli citizen, and Australian businessman James Packer, gave gifts that included champagne, cigars and jewellery to the Israeli prime minister and his family.

The merchandise was worth more than $280,000, according to police.

This case relates to Netanyahu's dealings with Arnon Mozes, publisher of  Yedioth Ahronoth, one of Israel's most widely circulated newspapers.

Netanyahu is suspected of striking a secret pact with Mozes, exchanging favourable coverage for legislation that would limit the circulation of Yisrael Hayom, a rival paper owned by Sheldon Adelson.

The attorney-general has recordings of conversations between Netanyahu's former chief of staff, Ari Harow, and Mozes, which are thought to have been made upon Netanyahu's instruction.

In this case, Netanyahu also faces charges of fraud and breach of trust.

Considered to be the most serious of the three cases, Netanyahu is accused of offering regulator benefits to the owners of Bezeq Israel Telecom in exchange for positive media coverage for him and his wife, Sara.

He faces charges of bribery and breach of trust.

The Movement of Integrity - formed by lawyers in 2017 to fight corruption inside the Israeli government - said allowing Netanyahu to form the government would damage the rule of law in Israel and giving power to someone likely to be indicted is "unreasonable".

Netanyahu's biggest rival during this month's election was the Blue and White party, headed by ex-Israeli army chief Benny Gantz.

His opponents tried to play up the corruption cases against him during the election campaign but failed to beat him at the ballot box.

Neither Likud, nor Blue and White ended up with a ruling majority. But with the backing of other right-wing factions, Netanyahu was best positioned to form a coalition government and Gantz would be unable to form a unity government without Likud.