The deal would create a cheaper, faster way to get oil from the Red Sea to the Mediterranean by bypassing Egypt's Suez Canal via a 'land bridge' EAPC oil storage containers are seen on the shore of Israel's southern city of Ashkelon on 27 January, 2015 (Reuters/File photo)
By
MEE staff

An Israeli pipeline company has announced a preliminary deal to transport oil from the United Arab Emirates to Europe via a pipeline that, if finalised, will be one of the most significant partnerships to emerge so far since the two countries normalised relations.

The Israeli state-owned Europe Asia Pipeline Company (EAPC) announced the plan on Tuesday, saying the company had signed a binding memorandum of understanding with MED-RED Land Bridge, a company with Israeli and Emirati owners, in Abu Dhabi on Monday during a ceremony with visiting US Treasury Secretary Steve Mnuchin.

The UAE oil will be transported through a pipeline that already connects the Red Sea city of Eilat and the Mediterranean port of Ashkelon, which was secretly built by Israel and Iran in the 1960s.

Along with UAE oil, the partners also hope to use their "land bridge", which saves time, fuel and costs, compared to having to cross the Suez Canal to transport oil back and forth between other countries.

But the deal may be bad news for Egypt, as President Abdel Fattah el-Sisi just spent $8bn to widen the canal, which could be undercut by a cheaper means of getting oil from the Red Sea to the Mediterranean.

Meanwhile, the EAPC pipeline could also provide quicker access for consumers in Asia to oil produced in the Mediterranean and the Black Sea regions. "There is no doubt that this agreement is of high importance to the Israeli market, both economically and strategically, with joint investments extending a decade into the future," said EAPC Chairman Erez Halfon, as quoted by Reuters.

Under the agreement, EAPC will manage the storing and transmitting of the oil.

The firm did not disclose financial details but said the arrangement "is likely to increase the transferred quantities by tens of millions of tons per year."

The UAE exports the vast majority of its crude oil to Asia.

A source familiar with the deal told Reuters that, if finalised, it could be worth $700-$800m over several years and that supplies could start at the beginning of 2021.

Israel and the UAE have signed several memoranda of understanding since the countries agreed to normalise relations in Washington last month.

Bahrain followed the UAE in agreeing last month to normalise ties with Israel, angering Palestinians who had conditioned any such regional rapprochement on statehood, with East Jerusalem as the capital of their independent state.

The deal between the two countries has been controversial internationally, with Palestinians, in particular, denouncing the move as a betrayal of their cause. 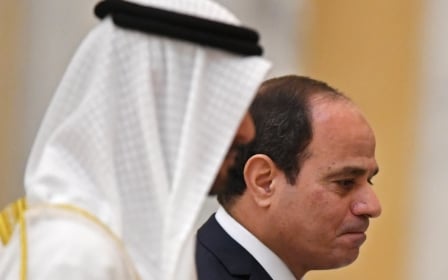