Hours after reports that Likud-Labor coalition was near, Netanyahu offers defence ministry to Israel Beitenu's Lieberman But Netanyahu's Likud party said he and former foreign minister Lieberman had decided to form negotiating teams for the latter's six-seat opposition Israel Beitenu to join the 61-member coalition.

In reaction, Herzog held a news conference in Tel Aviv on Wednesday night, and was quoted in Israeli daily Haaretz as saying: "From now on, the citizens of the State of Israel will have to deal with a government [whose] policy will be verging on insanity."

"This I tried to stop," he reportedly said.

Since forming his government a year ago, Netanyahu has made no secret of wanting to expand his right-wing-led coalition.

Earlier on Wednesday, local media reported that the prime minister was close to agreeing on a unity government with Herzog. In recent days, it has emerged that the two have been in secret talks for months.

Herzog has insisted that a unity government could help advance peace with the Palestinians, despite fierce opposition from members of his party to teaming up with the premier.

But later on Wednesday, after Lieberman held a news conference saying he would consider joining Netanyahu's coalition, Herzog said he refused to continue negotiating with Netanyahu unless he dropped talks with Lieberman.

A supporter of the two-state solution, Herzog has been touted as a potential foreign minister - a role currently assumed by Netanyahu in a temporary capacity in addition to his role as premier.

Egyptian President Abdel Fattah al-Sisi on Tuesday urged Israelis and Palestinians to take historic steps to achieve peace, comments some analysts interpreted as an attempt to boost the idea of Herzog joining the government.

But even before Herzog's comments about Lieberman on Wednesday, resistance to a Likud-Labor coalition was strong within both camps and commentators stressed that an agreement was far from certain.

She promised on her Facebook page to fight for "justice, clean government, ideology, and the honour of the party".

Late on Wednesday, Herzog reportedly said he blamed Yachimovich for the breakdown of talks. "She will bear the responsibility for the appointment of Lieberman as defence minister," Herzog was quoted as saying in Haaretz.

"My predecessor is leading a rude campaign, the person who begged to be in Netanyahu's government in the past," Israeli news site Ynet quoted him as saying. "Ironically, she led the Labor party without much success, and she has not learned her lesson."

"We are a centre-left party and not an extremist left (party). The same people preaching day and night to speak with the Palestinian Authority and Hamas are working to prevent testing a real opportunity."

Yachimovich told reporters after Herzog's remarks: "We have witnessed a miserable, depressing and unfortunate demonstration of lack of leadership and zero taking of responsibility from somebody who laid out the red carpet for Lieberman and granted total legitimacy to a right-wing government that he was ready to enter at any price."

Within Likud, several members had said they would prefer an alliance with Lieberman's party rather than Labor. 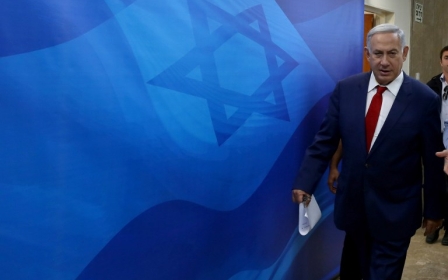