German leader has told Israel not to demolish Bedouin village during her visit, and West Bank tourism is up 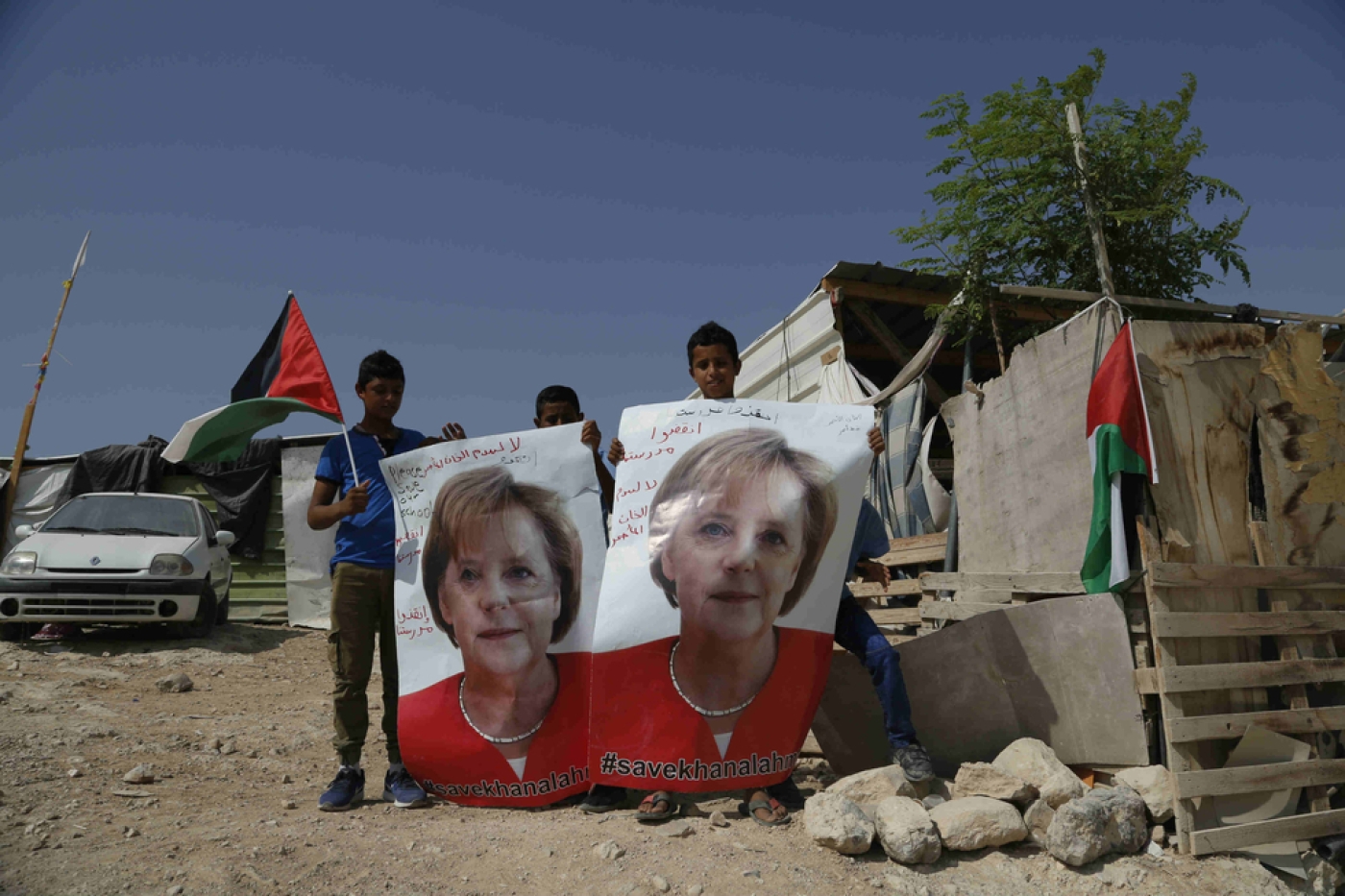 Bedouin children hold pictures of German Chancellor Angela Merkel ahead of her expected visit to Israel. (AP)
By
MEE staff

The demolition of Bedouin village Khan al-Ahmar is being delayed once again at the behest of an unlikely source – German Chancellor Angela Merkel – an Army Radio journalist reported.

Merkel is due to touch down in Israel on Wednesday evening, two days after a deadline passed after which the military said it would demolish the village.

However, with several rights groups and western countries condemning the impending demolition as a war crime, Israeli authorities have agreed not to begin until the German leader has left.

According to Army Radio journalist Ilil Shahar, Merkel told the Israelis she would cancel her high profile trip if the demolition went ahead during her visit.

The small West Bank village of Khan Al-Ahmar has been populated by Bedouins, members of the Jahalin tribe, since 1953, after the Israeli army drove them off of land they occupied in the Naqab desert.

Israeli authorities issued notices to residents on September 23, ordering them to evacuate the village of their own accord, Haaretz reported. Residents have refused Israel’s offer to relocate to the Abu Dis area, onto land critics complain is currently in use as a garbage dump.

On Tuesday, Khan al-Ahmar’s residents held up pictures of Merkel, appealing for her help.

Bezalel Smotrich, a far-right member of Israel’s parliament, responded to Shaher’s report by tweeting: "If I was prime minister, I would evict the village while Merkel's aircraft is in the air. So she will land and then turn around and go back..."

Tourists from across the world have been flooding to the West Bank, Israel’s Channel 20 reported, increasing 25 percent on last year.

While the West Bank benefitted from more visitors, so did Israel. The UN report notes that Israel also saw an increase in arrivals of nearly the same percentage. Between 2016 and 2017, the number of tourists arriving in the West Bank increased by 25.7 percent, while tourist arrivals to Israel increased by 24.6 percent.

Figures published by the Palestinian Authority show that in the first half of 2018, nearly half of tourists to the West Bank were from Israel.

The next largest groups of tourists were American and Russian nationals, each amounting to 7 percent of the total. Polish tourists accounted for 4 percent, while Romanian tourists made up 3 percent of visitors.

In terms of sheer quantity, however, tourism to Israel is seven times as large as tourism to Palestine, UN figures show.

Only four other countries saw increases in tourism that exceeded Palestine’s last year: Egypt, Togo, Vietnam and Georgia. The increase posted by Egypt was nearly twice as great as the Palestine’s, totaling 55.1 percent.

Road traffic stresses Israelis out twice as much as security

Israel’s precarious security situation weighs heavily on the country’s citizens, but not nearly as much as the state of its road traffic, a new study shows.

According to the survey, just driving to work and back is a source of stress in the lives of 48 percent of the population. For 68 percent of respondents, the violence of the drivers that they share the roads with is a source of major tension.

Israel suffers from a lack of practical public transportation options. The country’s commercial capital, Tel Aviv, is only now building a light rail system to service its residents, and a train line between Tel Aviv and Jerusalem is still only in the construction phase.

In related news, the acting director of the Israeli Public Transportation Authority was arrested today on allegations of granting favours to certain transportation companies in exchange for gifts. Four others - high-level officials at those firms - were arrested, Maariv reported.

For years, leaders of the town, whose population is overwhelmingly ultra-Orthodox Jewish, have resisted efforts to establish a state-sponsored reading library within city limits.

According to Bnei Brak’s master plan, the city already has nine libraries, but these are all private institutions, most of which cater exclusively to the religious community.

One privately funded library lends books both of general interest and of a religious nature.

The library will have separate hours for men and women, and will only lend out books that are approved by Bnei Brak’s council of rabbis, Kikar Shabbat noted.

The municipality approved funding for the new library in February, two decades after the issue was first raised at city council. 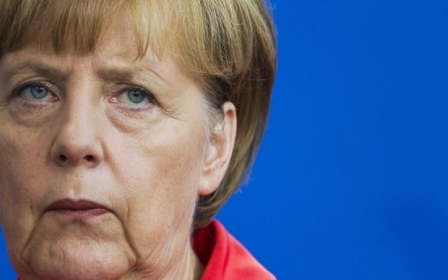