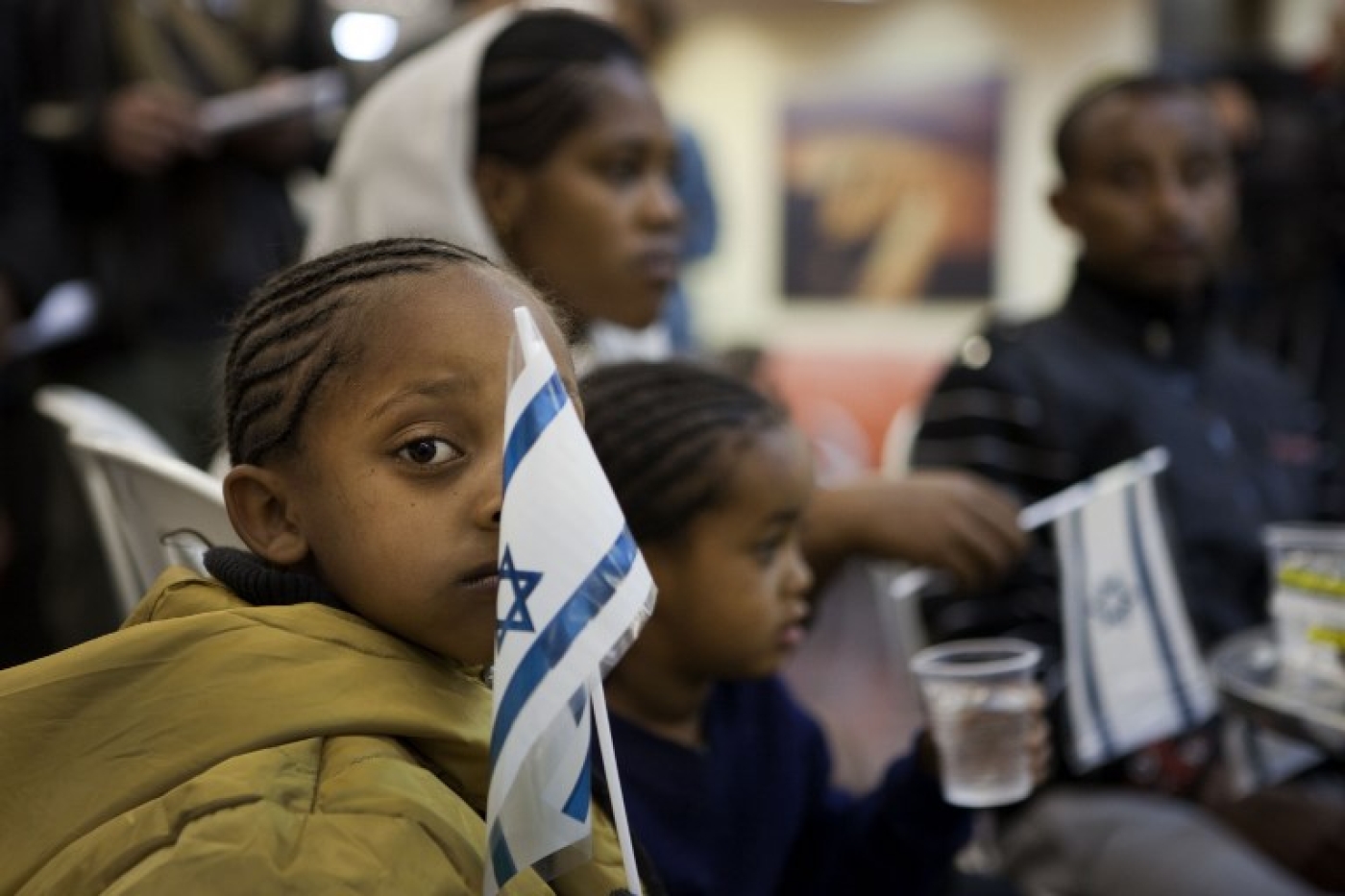 Prime Minister Benjamin Netanyahu came under criticism from his own ministers on Monday for authorising the immigration of a thousand Falash Mura, who are related to Ethiopian Jews in Israel, reports national broadcaster Kan.

The Falash Mura are Ethiopian descendants of Jews who say their ancestors converted to Christianity under duress. This past conversion makes them ineligible for citizenship under Israel’s sectarian immigration laws.

The reason for the ministers' opposition, writes Zeev Kamm, are concerns that it could serve as a legal precedent, allowing more Palestinians who don’t have Israeli citizenship to acquire it by marrying a Palestinian who does.

The criticism came on the heels of a position paper, published by Attorney General Avichai Mandelblit, in which he argues that authorising the immigration of the Ethiopians would make it more difficult for the government to defend its opposition to permitting Palestinian couples with only one Israeli citizenship between them to live together inside Israel’s pre-1967 borders.

After decades in which successive Israeli governments discouraged the immigration of Ethiopian Jews to Israel, campaigners shamed Israel into reversing its policy in the 1980s and airlifting the majority of the Ethiopian Jewish community into the country.

Today, there are around 140,000 Ethiopian Jews in Israel, less than two percent of the country’s total population, and about three-fourths of its black population.

The Jewish Home party plans to publish a pamphlet that identifies which shops in the northern city of Haifa are owned by Jews, Haaretz reports.

The aim is to encourage Jewish residents to buy from fellow Jews, thereby boycotting businesses owned by their non-Jewish neighbours, mainly Palestinian citizens of Israel, the paper reports.

With the slogan “Brothers first – and only then, cousins", the campaign was launched by Jewish Home Haifa branch chairman Yoav Ramati, mapping the Talpiot Market, Haaretz reported.

Ramati says he hopes not just to support existing Jewish business owners, but also to increase the number of stalls owned by Jews.

Rajaa Zaatra, chair of the Haifa branch of the Arab-Jewish socialist Hadash party, slammed the plan as “racial separation and open apartheid in a neighbourhood where Jews and Arabs live and work for decades,” and calling it “putting the nation-state law into practice".

Haifa, the third-largest city in the country, has a Jewish majority, but about 10 percent of local residents are Palestinian citizens of Israel, Muslim and Christian, Druze and Baha’i. The Talpiot Market is owned by the Haifa municipality.

A rap duo have pulled out of a music festival after the Jerusalem municipality told them they could not perform a song encouraging left-wing political activism, Haaretz reported.

Rappers WC – brothers Aryeh and Avhalom Hasafri – cancelled their planned appearance at next week’s “Indie City” festival after Jerusalem city officials demanded they not play “Satirists", a song with anti-war and anti-fascist messages.

The chorus of the song calls on Israelis who opposed past outrages to become politically active again.

Rabbi Meir Kahane, an Israeli lawmaker who advocated ethnically cleansing the country of Palestinians, is revered as a martyr by the country’s far right. Sabra and Shatilla are refugee camps in Lebanon where thousands of Palestinian civilians were slaughtered in 1982 while the area was under Israeli army control.

An Israeli businessman and campaigner for Palestinian rights sold his company after his political activities became known in Israel and drew fierce criticism, Channel 10 reports.

Gur Mintzer sold the firm he founded three decades ago, a provider of health and aesthetic products and services with about 700 employees, after Israelis bombarded him with criticism when they learned he had donated to the legal expenses of Palestinian activist Ahed Tamimi.

After Mintzer sold the firm, its new owners held a public photo-op with ultra-nationalist activists to earn back the public trust.

After Tamimi was released from an Israeli jail in July, Mintzer attended her homecoming in the West Bank village of Nabi Saleh. In a video shared on Facebook, he called her “the Palestinian heroine that we were lucky to get to know and support".

Rage over his remarks led to widely shared calls to boycott the company and attacks on employees and their property. After Mintzer sold the firm, its new owners held a public photo-op with ultra-nationalist activists to earn back the public trust.

After learning that he has cancer, and what may be just five years left to live, Mintzer began to get politically active and demonstrate solidarity with Palestinians. As his political involvement increased, it elicited ever more negative reactions from Israeli nationalists.

Mintzer is described as one of the few Israeli Jews who participates in West Bank protests in solidarity with local Palestinian communities, being arrested on multiple occasions.

On the eve of Israel’s Memorial Day for fallen soldiers, Mintzer is said to have posted both an Israeli flag and a Palestinian flag on his home, to the chagrin of neighbours angered over his inclusion of the latter.