The Arab League accused Israel on Tuesday of "stealing the land" of Palestinians after the Israeli parliament passed a law "legalising" dozens of settlements in the occupied West Bank.

"The law in question is only a cover for stealing the land and appropriating the property of Palestinians," said the head of the Cairo-based League, Ahmed Aboul Gheit.

The law, adopted late on Monday, will allow Israel to legally seize Palestinian private land on which Israelis built outposts without knowing it was private property or because the state allowed them to do so.

Critics have dubbed the new law as legalising theft of Palestinian land despite Israeli assurances that they will be compensated financially or with other land.

The law is a continuation of "Israeli policies aimed at eliminating any possibility of a two-state solution and the establishment of an independent Palestinian state", Aboul Gheit said.

Jordan, one of the few Arab states to have diplomatic ties with Israel, also denounced what it called "a provocative law likely to kill any hope of a two-state solution".

Ankara also condemned Tel Aviv's intention to expand settlements and described the new Israeli law as "destroying the basis for the two-state solution".

"We strongly condemn the Israeli parliament's adoption of a law that gives approval to various settlements consisting of 4,000 units built on the private property of the Palestinians," the Turkish foreign ministry said in a statement.

Ankara's reaction comes as tourism minister Nabi Avci was due to meet with his Israeli counterpart in Tel Aviv in the first visit by a top government official from Turkey since the two countries last year patched up ties that were badly damaged during the 2010 raid of a Gaza-bound Turkish ship by Israeli commandos.

Following the raid, which killed 10 Turkish activists, the two countries pulled their envoys out from their respective capitals as relations fell to an all-time low.

The rift came to an end in June last year after long-running secret talks in third countries. Israel paid compensation, offered an apology and granted Turkey permission to send aid to Gaza through Israeli ports.

Turkey is a top tourist destination for Israelis, with tens of thousands visiting each year. 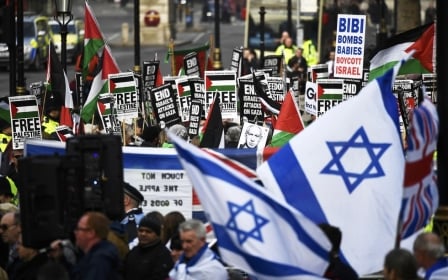 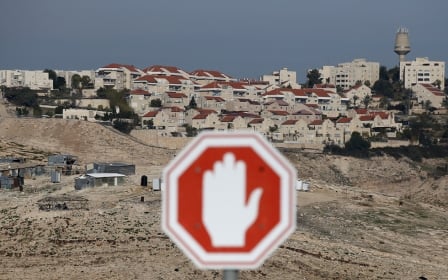