Hours after Israeli troops demolished the Hebron home of a Palestinian jailed for killing an Israeli settler last year, an Israeli soldier was stabbed during clashes near the city and the alleged assailant shot dead, military and medics said.

The stabbing, which occurred around Beit Awwa in the southern West Bank followed clashes that had erupted nearby Hebron after the destruction of the home of Maher al-Hashlamoun.

Hashlamoun, a member of the group Islamic Jihad, was given two life sentences by a military court in March for the November 2014 murder of Dalia Lemkus, 26, and the attempted murder of two other people on a road in the Gush Etzion settlement bloc, south of Jerusalem.

The soldier and the alleged assailant have not been identified.

Over Monday night, the army and members of Shin Bet, Israel's internal security service, arrested Hassan Yusef, a top West Bank leader of Hamas, in a raid in Beitunia, near Ramallah.

Yusef was a founding member of Hamas in the late 1980s and has spent years in Israeli jails. He was elected to the Palestinian parliament from prison in 2006 and was only released from his last stint in jail in June.

Hamas has always said that Yusef works only for its political wing, not its military wing. The army said on Tuesday that Yusef has incited terrorism and publicly encouraged attacks on Israelis.

Anshel Pfeffer, a journalist with Haaretz, questioned the purpose of Yusef's arrest on Tuesday.

The army's activities come as UN chief Ban Ki-moon was scheduled to visit Israel and the Palestinian territories after nearly three weeks of unrest that has seen at least 41 Palestinians, including alleged attackers, and eight Israelis killed.

"Violence will only undermine the legitimate Palestinian aspirations for statehood and the longing of Israelis for security," Ban said in a video message to Palestinians and Israelis released late Tuesday.

"To the youth of Palestine I say: I understand your frustration. I know your hopes for peace have been dashed countless times," Ban said, adding that the Palestinian youth should turn their frustrations into "a strong, but peaceful, voice for change".

"To the leaders and people of Israel: Let me say, I appreciate your genuine concern about peace and security. I also understand the anger many Israelis feel," Ban said. "But walls, checkpoints, harsh responses by the security forces and house demolitions cannot sustain the peace and safety that you need and must have."

US Secretary of State John Kerry is due to meet this week with Israeli Prime Minister Benjamin Netanyahu in Germany as well as Palestinian President Mahmoud Abbas.

Last week, Israel announced a wave of new security measures, including the sealing off of East Jerusalem neighbourhoods, the revocation of citizenship from alleged attackers and their families and the intensification of punitive home demolitions, and some Israeli politicians have encouraged residents to arm themselves to fend off the threat of stabbings and gun assaults.

Israel says its controversial policies act to deter violence, but critics say the approach collectively punishes Palestinians and seeks to fuel the frustration that belies the latest tensions.

Violent incidents have continued since the measures were imposed, including an attack on Sunday that saw an Eritrean asylum seeker shot repeatedly and then attacked by a crowd at the central bus station in Beersheba. Haftom Zarhum, 29, died later from his injuries.

During the same incident, a 21-year-old Palestinian citizen of Israel, Mohannad al-Aqaby, who allegedly shot and killed 19-year-old Israeli soldier Omri Levi and wounded 10 others, was shot and killed. 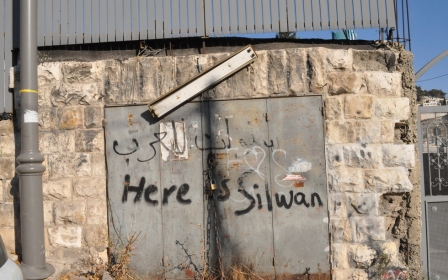