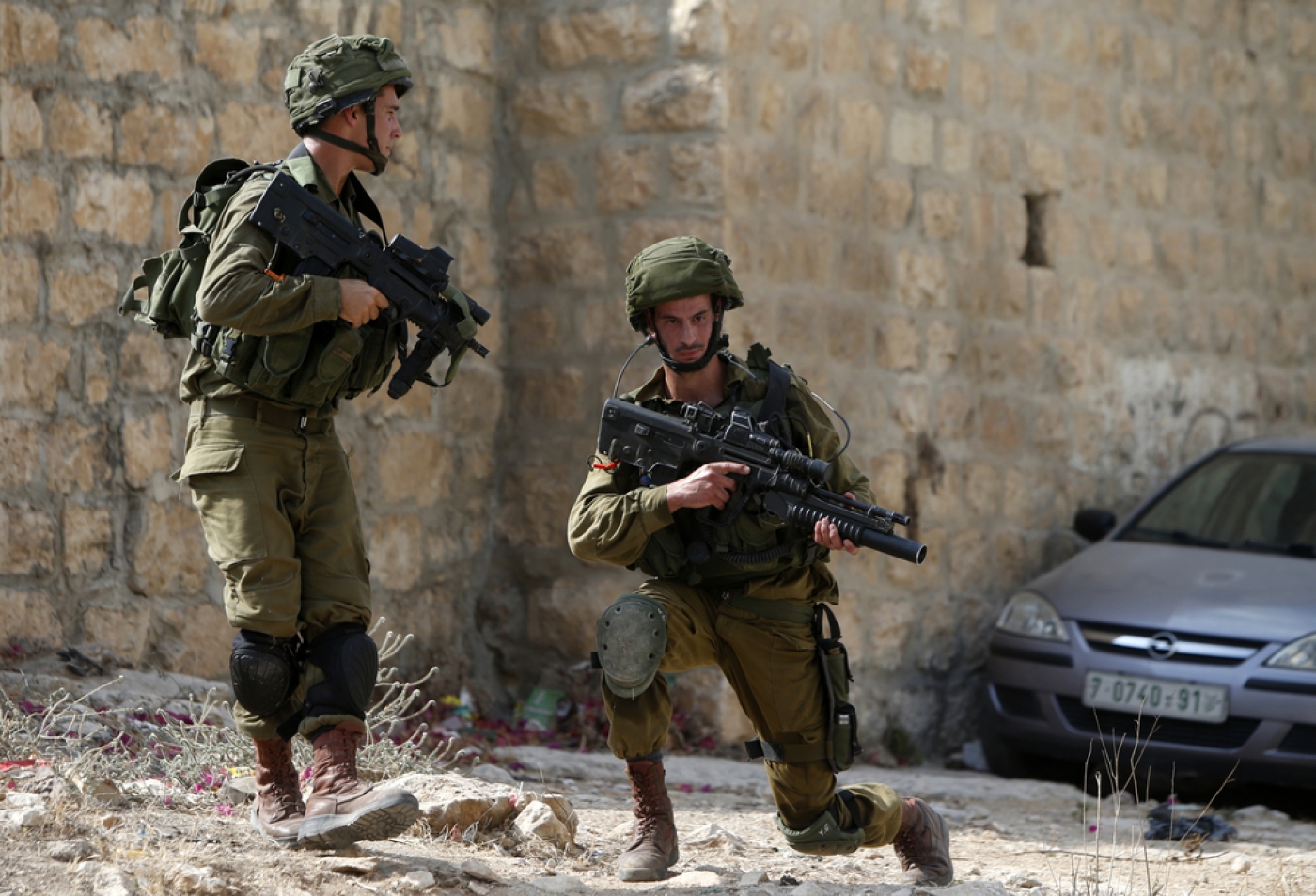 Israeli soldiers conduct searches in the northern West Bank village of Madama on August 24, 2016 (AFP)
By
MEE and agencies

Israeli troops clashed with Palestinian protesters at a flashpoint shrine in the occupied West Bank overnight, leaving one soldier shot and wounded, authorities said on Thursday.

A spokeswoman for Beilinson Hospital, near Tel Aviv, said the soldier was listed in "moderate" condition.

An army statement said the soldier was part of a detachment of troops and border police which "accompanied Jewish worshippers to Joseph's Tomb in Nablus".

Israeli media said they reached the shrine inside the northern West Bank city's Balata refugee camp in a convoy of 16 buses accompanied by military vehicles.

"During the activity, shots were fired at the forces, wounding a soldier," army spokesman Peter Lerner said.

Palestinian medical officials said they had no reports of any serious Palestinian casualties.

They said a number of people suffered from inhalation of tear gas fired by the Israeli forces as the Jewish visitors' buses came under attack from Palestinian stone-throwers.

Israeli media said petrol bombs were thrown at troops and police, who responded with "riot dispersal means," which generally refers to tear gas or rubber bullets.

Last week, Israeli security forces were called to Joseph's Tomb to rescue about 60 ultra-Orthodox Jews who had been targeted by stones by Palestinians when they made an unauthorised pre-dawn trip.

Many Jews believe the tomb holds the remains of the patriarch Joseph.

The Old Testament says he was a son of Jacob, sold into slavery by his brothers, before rising to become vizier of Egypt.

Palestinians believe an Islamic cleric, Sheikh Yussef Dweikat, was buried there two centuries ago and the Palestinian office of religious sites considers it to be an Islamic archaeological monument.

Once a month, the Israeli army runs escorted nighttime visits to the tomb by Jewish pilgrims, but there are frequent attempts at wildcat pilgrimages.

The tomb, which has been the scene of repeated clashes, was torched in October 2015 and later repaired.

In October 2000, at the start of the Second Intifada, or uprising, Palestinians partly destroyed it after driving out an Israeli border police detachment stationed there.

Six Palestinians and one of the policemen died in the fighting.