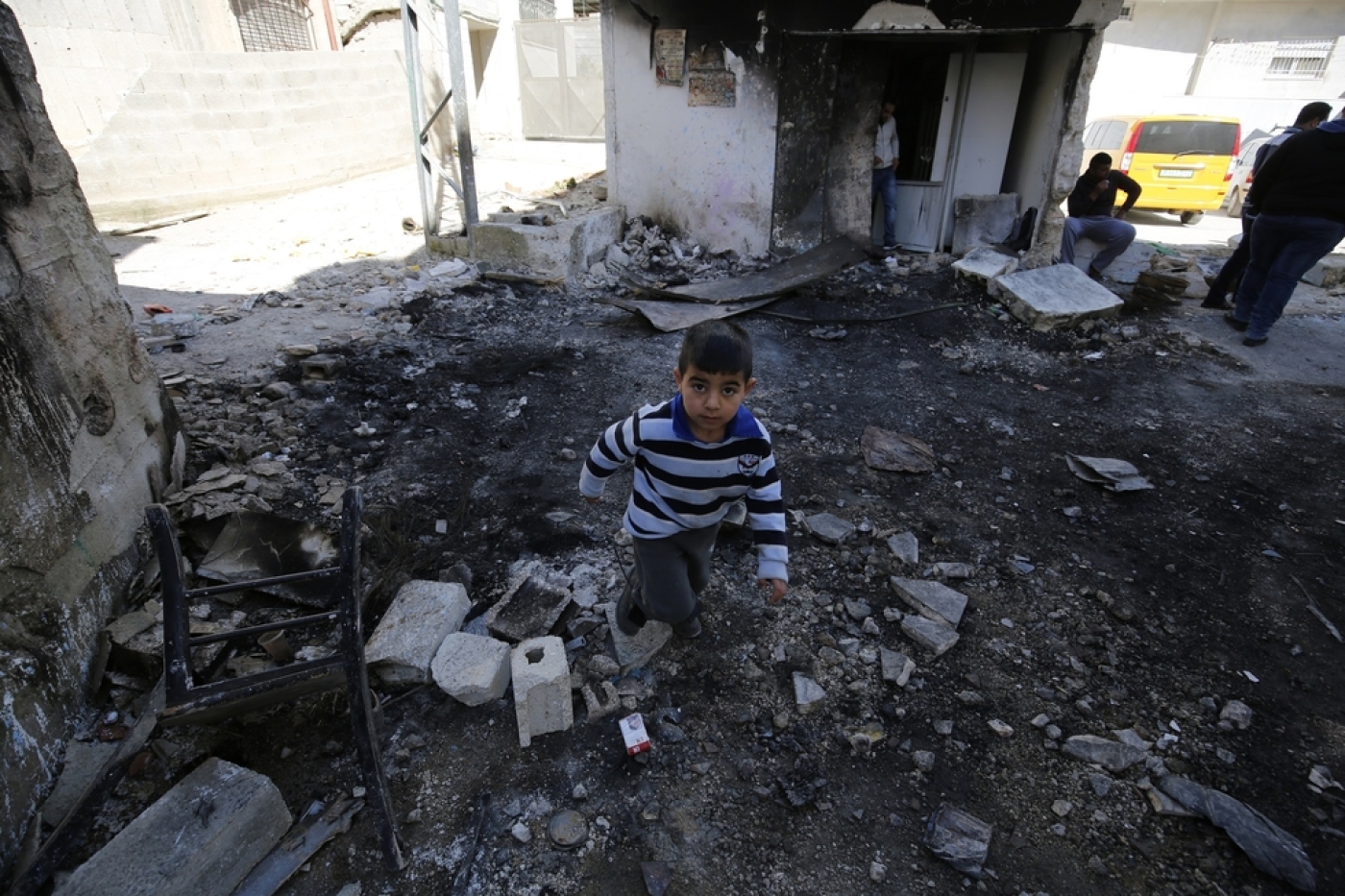 A child among the debris of fighting in Qalandiya on 29 February, 2016 (AFP)
By
MEE staff

The two soldiers travelling in a military vehicle mistakenly entered the Qalandiya refugee camp while using the Israeli navigation app 'Waze' and were targeted with rocks and petrol bombs, an Israeli military spokesman said.

Israeli reinforcements were sent to the camp between Jerusalem and Ramallah to rescue them, provoking further clashes.

Large clashes erupted as Israeli soldiers arrived in force to quell what they said was a "riot". The Israeli forces used tear gas and live ammunition, with Palestinians countering with gunfire, more stones and petrol bombs.

Initial Palestinian media reports stated that one of the two Israeli soldiers had been captured and held for three hours before release.

Local sources also told Palestinian Maan agency that at least one vehicle used by the “undercover forces” was burned during the incident.

Red Crescent officials told Maan that 12 young Palestinian men were injured, four of whom were shot with live ammunition and six by rubber-coated steel bullets.

Qalandiya camp residents told Maan that helicopters and bulldozers were heard in the night as the incidents unfolded, saying that a family home in the camp had set on fire during the clashes.

The Israeli authorities said the use of Waze by the Israeli soldiers was being investigated.

"Waze is an excellent tool, but it can have its limits," Israeli military spokesman General Moti Almoz told army radio. "We are going to investigate what happened."

However, Waze said in a statement to AFP that the soldiers had used its software incorrectly.

"Waze includes a specific default setting that prevents routes through areas which are marked as dangerous or prohibited for Israelis to drive through," the company said.

"In this case, the setting was disabled. In addition, the driver deviated from the suggested route and as a result, entered the prohibited area.

Qalandiya, located near a checkpoint, has been a flashpoint during the latest wave of violence in Israel and the Occupied Palestinian territories that began last October.

Since then, according to the latest Palestinian figures, at least 186 Palestinians - including many attackers - have been killed and another 15,645 injured by Israeli troops in the Gaza Strip and in the Israeli-occupied West Bank and East Jerusalem.

Over the same period, according to Israeli figures, 33 Israelis have been killed in a months-long wave of violence that some observers are calling a third Palestinian Intifada ("uprising").

AFP meanwhile puts the toll lower, saying that 178 Palestinians as well as 28 Israelis, as well as an American, a Sudanese and an Eritrean, have been killed. 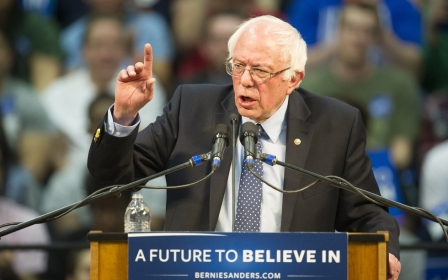 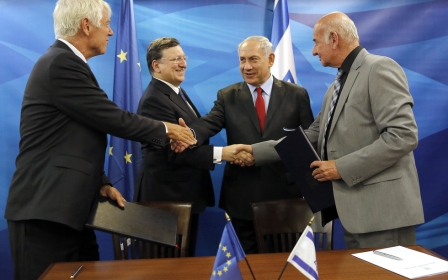 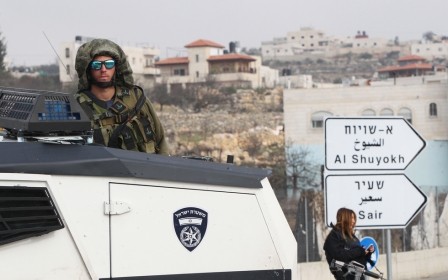