The Joint List secured 13 seats in the Knesset, where it could play a role in blocking the formation of a right-wing Israeli government 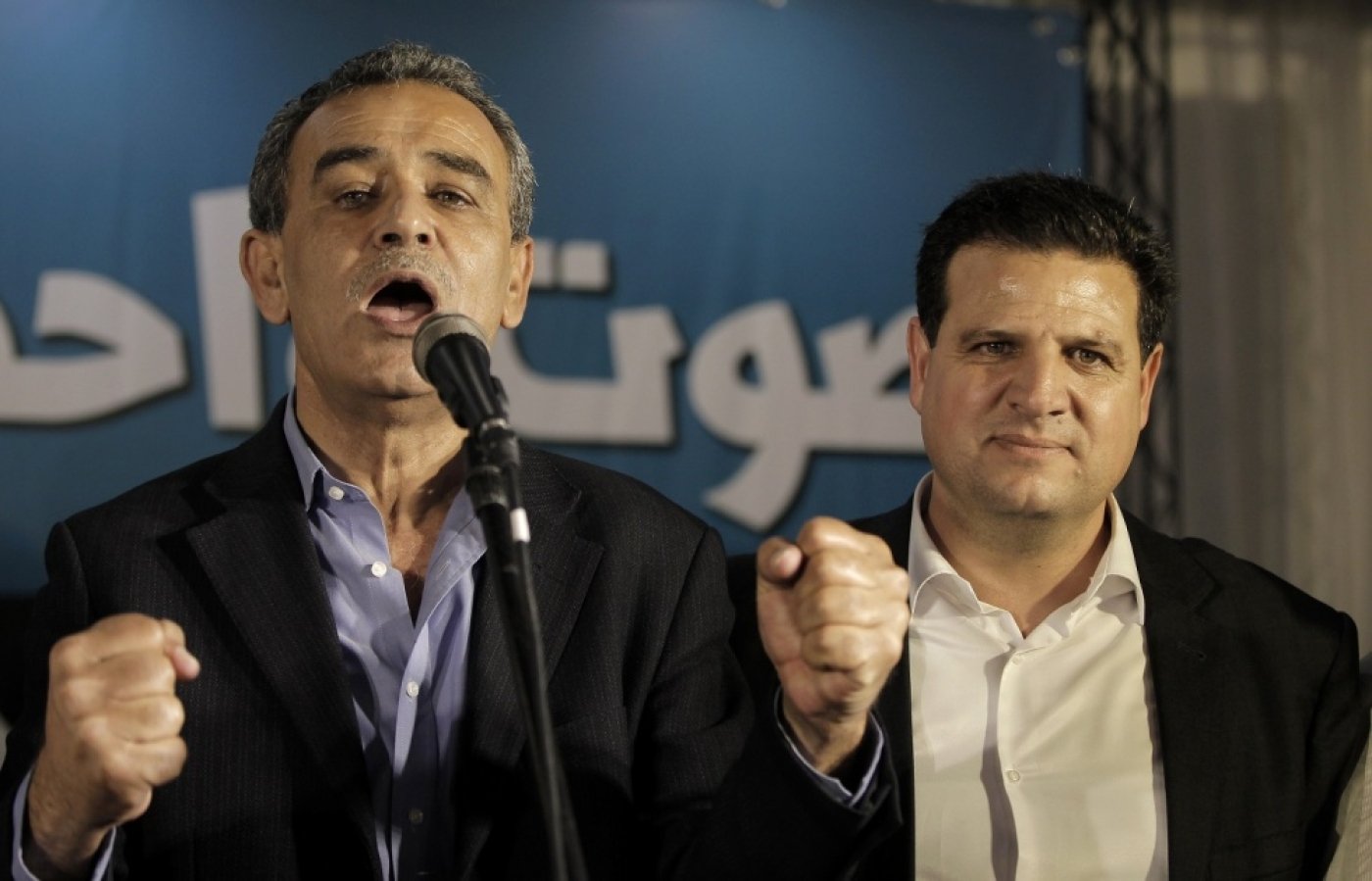 Jamal Zahalka (L) delivers a speech next to leader of the Joint List Ayman Odeh on 17 March, 2015 (AFP)
By
MEE and agencies

In a result that was shocking to many, Benjamin Netanyahu’s Likud party pulled clear of the centre-left Zionist Union with a six seat difference. Polls conducted before election day showed that Isaac Herzog and Tzipi Livni’s Zionist Union coalition were in the lead ahead of Likud by four seats. Yet as the results were counted, there was no doubt that Likud had emerged as the clear winners.

The Joint List for its part, delivered on the promise to make history in the Israeli parliament and managed to gain an unprecedented 13 seats, the highest number of seats any Arab party had ever achieved in the Knesset since 1948. The Joint List, as the third largest party, represents an opposition bloc that could theoretically thwart the formation of a right-wing government.

The List is made up of three Arab parties: the nationalist Balad, the southern branch of the Islamic Movement, and the Arab Movement for Renewal, or Ta’al. Hadash, a Jewish-Arab communist party is the fourth party in the coalition.

Arab parties won 11 seats in the 2013 elections but this was the first time they managed to unite under one banner.

Jamal Zahalka, a member of the Balad party, reaffirmed Odeh’s words by pointing to the “shared goals” that the Arab parties had in common.

“On top of these goals is the need to prevent the formation of a government that will be led by Benjamin Netanyahu,” Zahalka told the Anadolu Agency on Wednesday.

A right-wing government led by Netanyahu would offer no concessions for the sake of working towards a peace process with the Palestinians. In a final pitch to right-wing voters, Netanyahu himself said on the eve of the polls that there would be no Palestinian state if he was re-elected. Settlement construction will most likely increase in the West Bank, and Netanyahu will use his weight to push for bills that further marginalise Israel’s Palestinian citizens, who make up 20 percent of the Israeli population.

Saeb Erekat, the chief negotiator for the Palestinian Authority, expressed his disappointment over Likud’s victory.

“It is clear that Prime Minister Benjamin Netanyahu will form the next government, so we say clearly that we will go to the International Criminal Court in The Hague and we will speed up, pursue and intensify [all diplomatic efforts]” Erekat told AFP.

The final poll results will be announced by the Central Elections Committee on Thursday. The overall voter turnout was placed at 71.8 percent, the highest percentage since elections in 1999. 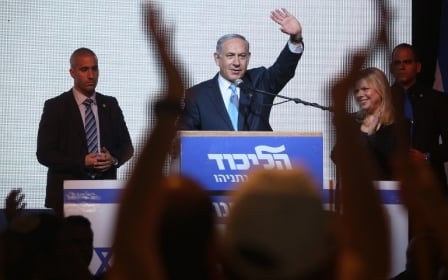